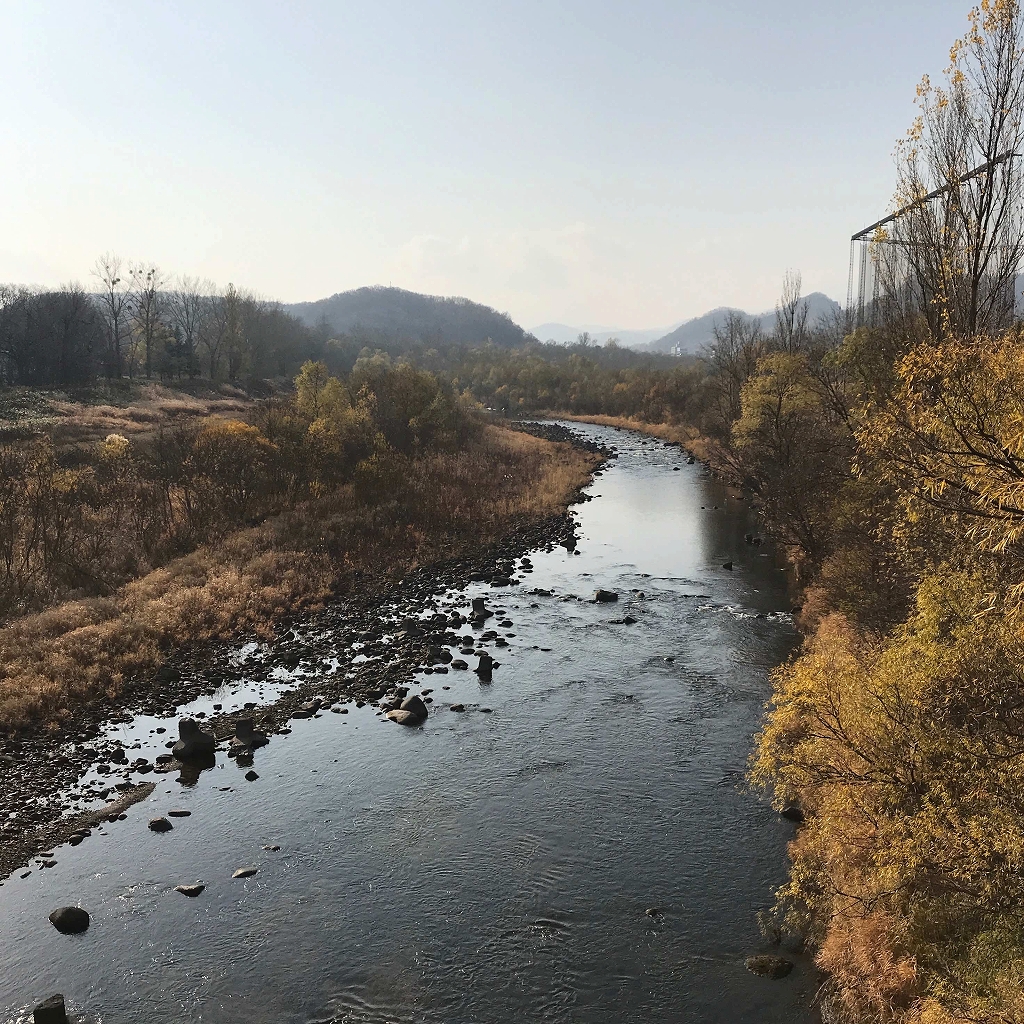 The Toyohira River, where Thomas Blakiston and Edwin Dun fished together

Edwin Dun and Thomas Blakiston. The two men's relationship is a little-known chapter in the history of Western-style agriculture in Hokkaido.
Words & Photographs by Taniguchi Masaharu
Translation by Xene Inc.

Livestock breeding and a young man who crossed the Pacific Ocean

There is a plate on the Gorin Ohashi bridge spanning the Toyohira River near Makomanai Park in Minami-ku, Sapporo. It reads "Blakiston's trout fishing spot. “This is where Edwin Dun, an American who opened a cattle ranch in Makomanai, and Blakiston, a British man who lived in Hakodate, fished for trout together. The two met in Hakodate.

Edwin Dun (1848-1931), known as the father of Japanese dairy farming and livestock breeding, lived in Sapporo from the opening of Sapporo Agricultural College in 1876 until 1882, the last year of the Hokkaido Development Bureau's existence.

Shortly after Dun went to Makomanai to create a ranch at the request of the Hokkaido Development Bureau, William Clark went to his new post as president of Sapporo Agricultural College. Dun helped with the construction of the model barn, which would serve as a model, and the creation of a breeding farm for cows, horses, pigs, sheep and other animals.

Blakiston, who lived in Hakodate from the last days of the Tokugawa Shogunate to the Meiji period, was a trader and a naturalist. This is Thomas Blakiston (1832-1891), the former British artillery captain for whom Blakiston's Line was named. Blakiston's Line is Blakiston's thesis that there is biogeographical boundary in the Tsugaru Channel.

Dun wrote in his memoirs that Blakiston and he went fishing for trout in the Toyohira River almost every year.

Dun went to Japan in 1873 at the age of 24. Dun's family had a 6,000-hectare ranch in Ohio. Edwin Dun was his parents' second son. He put 42 head of cow and about 100 sheep of his family's on 14 linked freight cars, then sent them by ship across the Pacific Ocean to Yokohama. He was put in charge of technical guidance on livestock raising and grazing trials at the Hokkaido Development Bureau's Tokyo agricultural agency.

In 1875, it was decided that some of the livestock would be moved from Tokyo to Nanaecho, Hokkaido. The parent body of the Nanae agricultural agency was the Gaertner farm. There, Dun met Tsuru, who would later become his wife. At the time, relations with foreign countries were limited, and it would be 10 years before they were formally recognized as a married couple.

When Dun's work in Nanae reached a certain point, the Hokkaido Development Bureau entrusted him with the creation of a new ranch in Sapporo. Its main role was as a pasture facility for dairy cows. He chose suitable land in Makomanai and tested various varieties of grass there. After a while, the cows, horses, pigs and other livestock that were being bred at what is now the Hokkaido University campus were transferred to Makomanai, and Dun became an evangelist for American-style dairy farming and animal husbandry, including livestock rearing, breeding and processing. The earliest butter and cheese production in Japan was done under Dun's direction.

Master rider Dun held the first Western-style horse races in Sapporo at a course created on the grounds of what is now Hokkaido University's School of Agriculture. 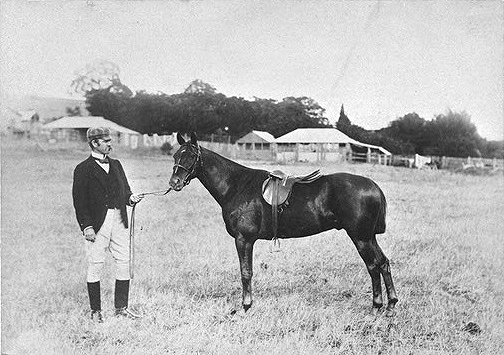 The friendship between Dun and Blakiston

Dun returned to the United States in 1882, when the Hokkaido Development Bureau was abolished, but his work in Japan was recognized by the U.S. Government, and in 1884 he returned to Japan as the Second Secretary of the American Legation in Tokyo. He would later become the U.S. envoy to Japan. Dun had a daughter with Tsuru, but in 1888 an illness brought her life to an end at the age of 28. Dun later remarried and was blessed with four sons.

After serving as U.S. envoy to Japan, Dun founded an international oil company in Naoetsu, Niigata. The Rockefeller family's Standard Oil invested in it. In his later years, he worked at Mitsubishi Shipbuilding, and he is buried in Aoyama Cemetery in Tokyo. He spent half his life on the front lines of modern industries in Japan. 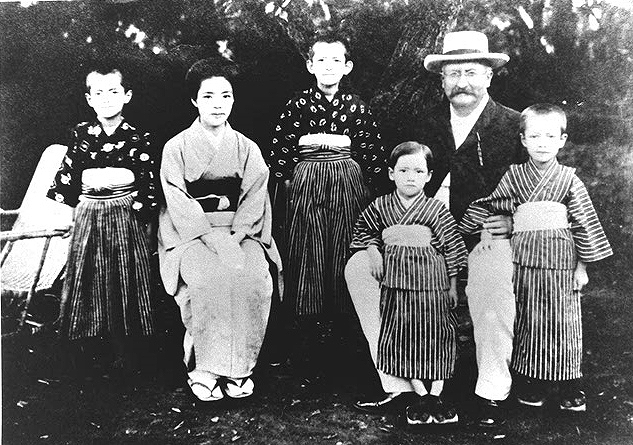 Edwin Dun and family. He is pictured with Yama, his second wife, and their four sons.（Hokkaido University Library Archives）

In 1882, Dun, who had returned to the U.S. and was traveling in the Pacific Northwest, by chance ran into Blakiston, who was also traveling, in Spokane, Washington. Together they toured the Western frontier of the U.S. When they finished their trip, they went to Dun's family home. Blakiston had intended to return to England right away, but he wound up spending more than a month at Dun's home. He fell in love at first sight with Dun's older sister Ann Mary. He was in his 50s at the time. He had two children with Ann Mary.

In the book "Reminiscences of nearly half a century in Japan, circa 1919," which was compiled in 1964, Michiko Dun, the wife of Edward Dun's younger brother James, made an interesting statement about the Meishin Expessway, which was under construction at the time. She said the U.S. Company Dun and Blakiston, which was managed by Edwin Dun's cousin, was involved in the construction. I tried to confirm this, but I couldn't find any information about this company. Could it have been a misunderstanding on her part?

It would be quite interesting if the descendants of Dun, who was so active in the history of Modern Japan, were involved in the construction of Japan's first freeway. 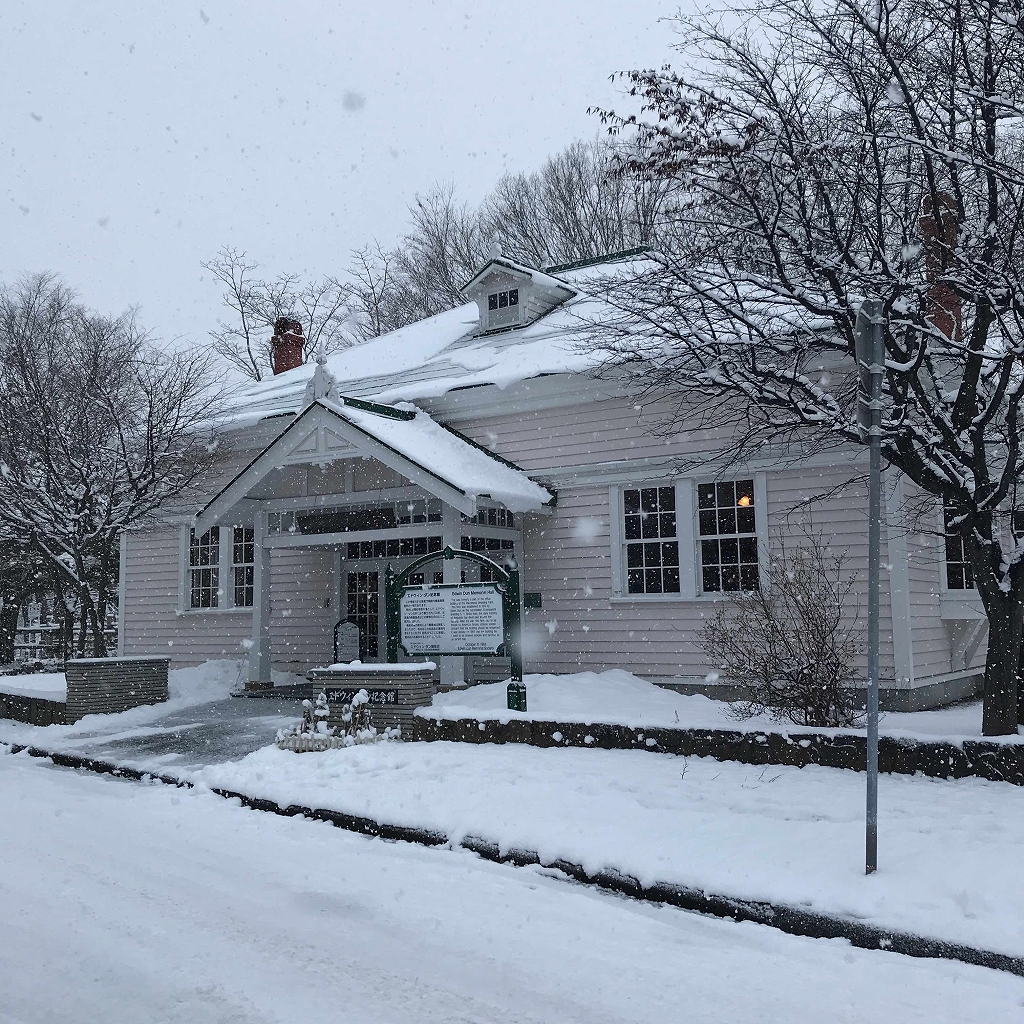