The Excitement of Local Breweries 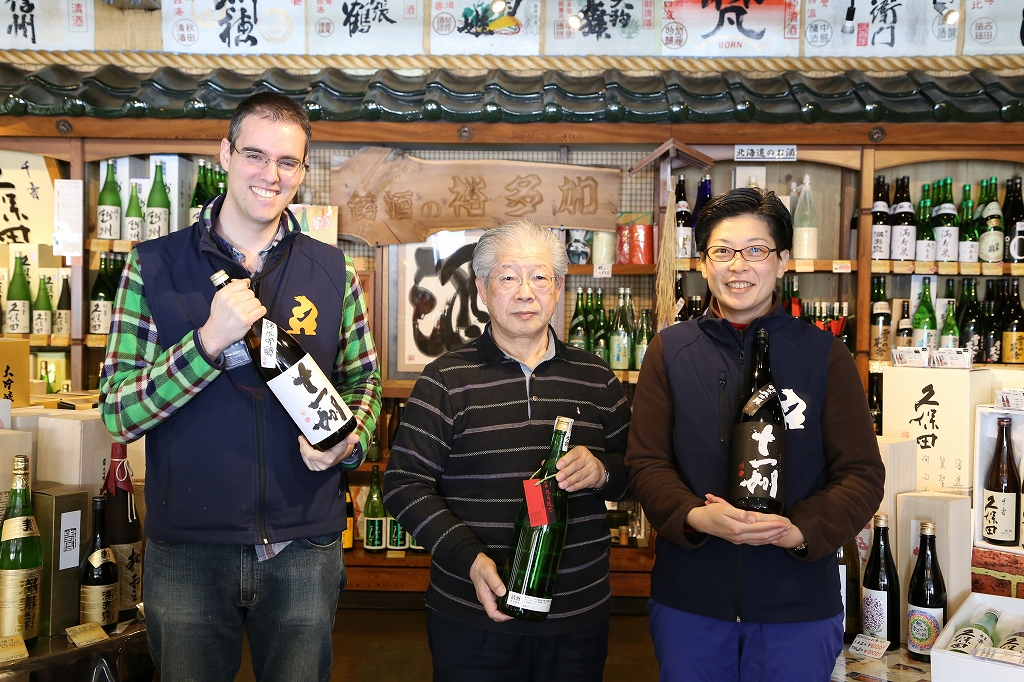 The taste of sake sometimes varies by store. Learn the secret why from a store specializing in local brews.
Words by Aratame Nanae
Photographs by Ida Yukitaka
Translation by Xene Inc.

The Excitement of Local Breweries

Meishu no Yutaka was first founded in 1901 as Kumada Shoten in Minami Furano, but later relocated to Sapporo. The fourth generation store owner, Kumada Hirokazu, began carrying locally brewed liquors about five years after he took over the family business and turned the shop into a specialty store in 1994. Since then, his store has become a pioneer among liquor stores in Hokkaido that specializes in local sake.
Kumada approached the chief brewer at Kuriyama's Kobayashi Shuzo with fellow liquor store owners on the specific type of sake they would like to see made. This lead to the ginjo sake with no added alcohol called Hokuto Zuiso, which has been a longstanding and beloved bestseller ever since. 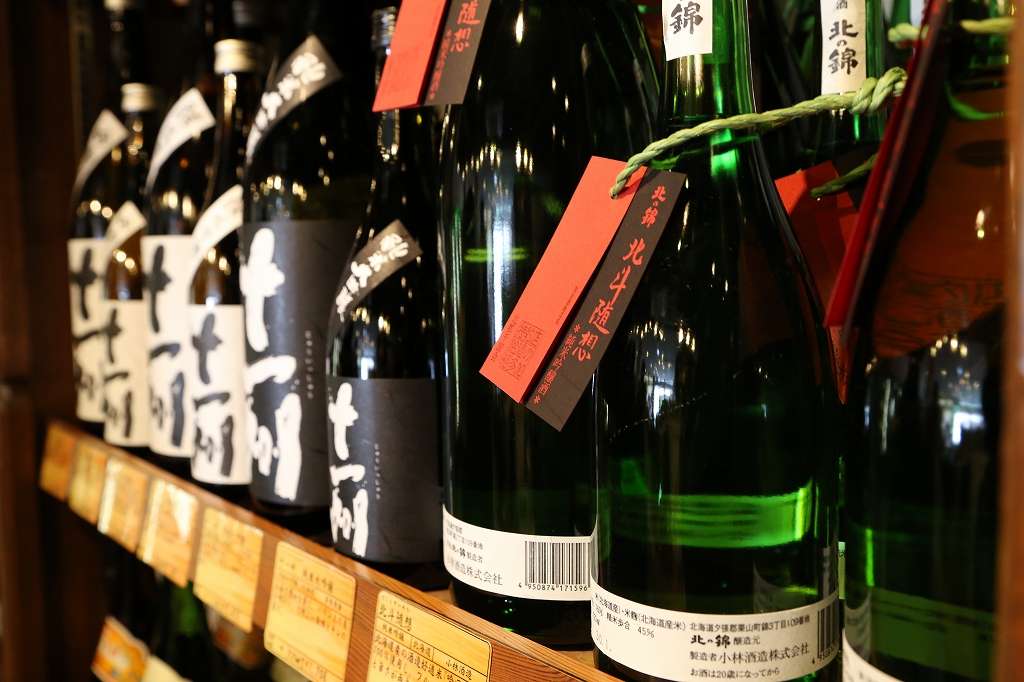 Local sake is created by local people. The owner of Hokkaido's Local Wine Bar Kamada, Mr. Kamada Takashi (Featured Article) was one of the people influenced by Kumada's initiative. Another such person is Kumada Karin, who began working in Mr. Kumada's shop by a stroke of fate.

A bond fostered by Hokuto Zuiso

Kumada Karin is the son-in-law of Mr. Kumada. He is originally from California. How did someone like Karin who was born in wine country become a successor of a Hokkaido liquor store? A special bond was formed as a result of Hokuto Zuiso. 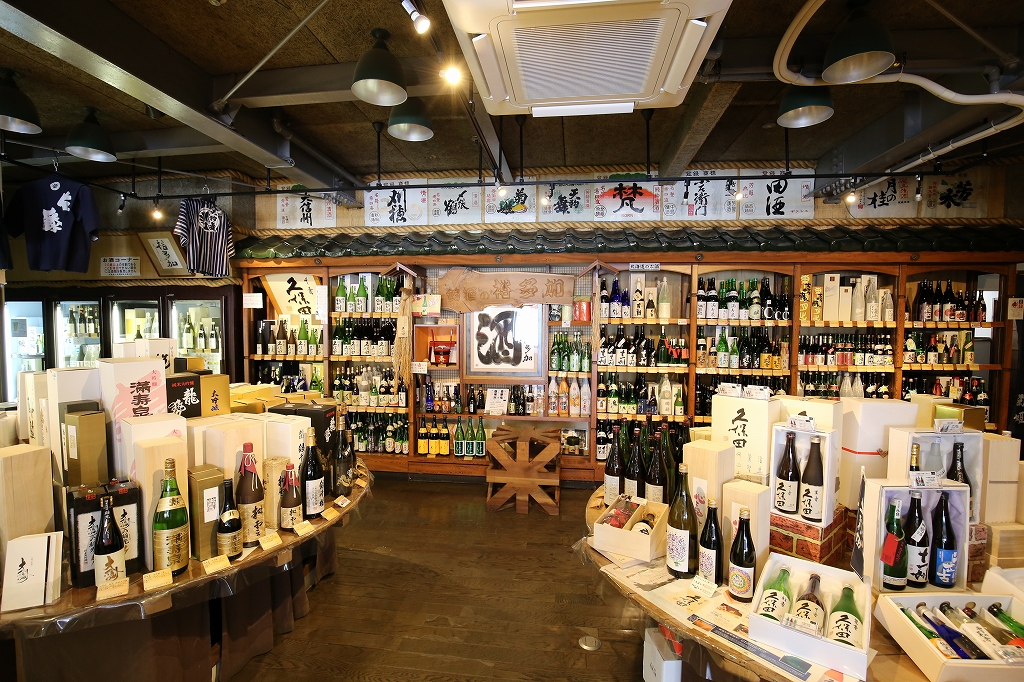 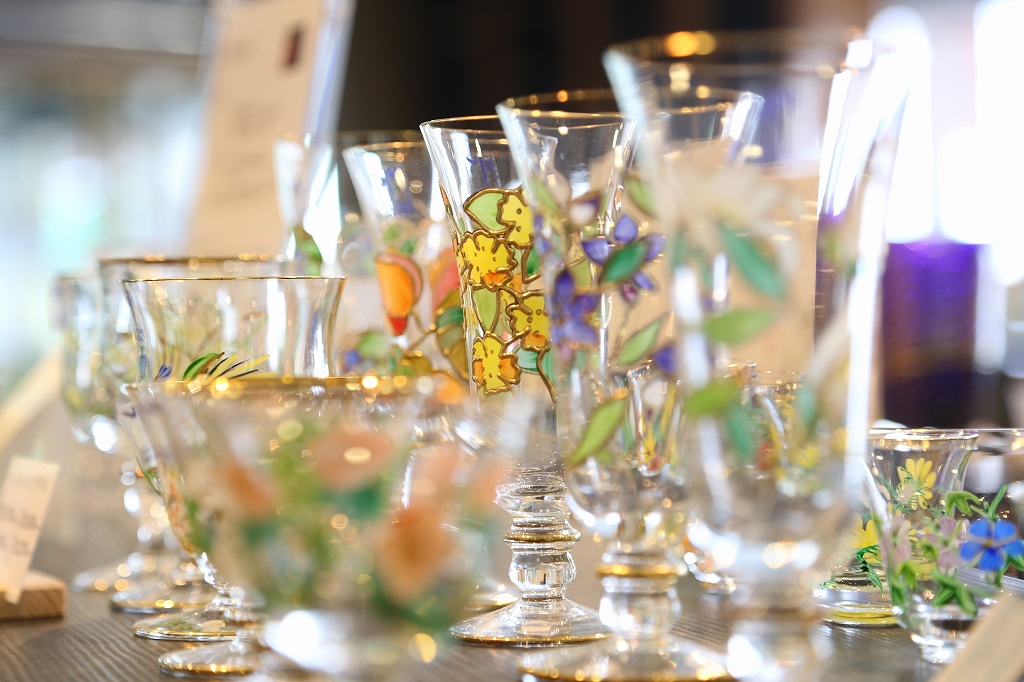 In 2006, Karin visited Japan at age 20, when he decided to take a leave of absence from college to hitchhike around Japan. During his travels he met Rie, daughter of Kumada.
At the time, Rie was running a store called Mitsukigura in Sapporo. That was where Karin first tasted Hokuto Zuiso and became amazed at how wonderfully fruity the Japanese sake was. From there, he started helping out at Meishu no Yutaka, and then married Rie in 2009. In order to prepare themselves as the fifth generation owners of the business, together with Rie, Karin is now learning everything about the trade. 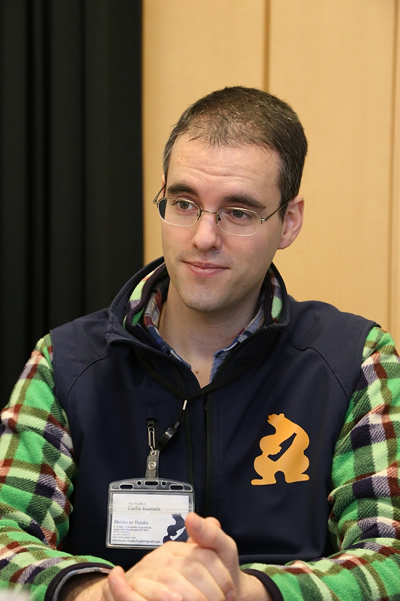 Karin was impressed by the delicious taste of Japanese sake

Karin is learning as much about Japanese sake as possible and expanding the business targeting overseas customers. Seeing this father and son-in-law, who were born and raised in very different countries and environments, sharing a tender moment, one cannot help but think how fascinating it is for sake to bring people together. 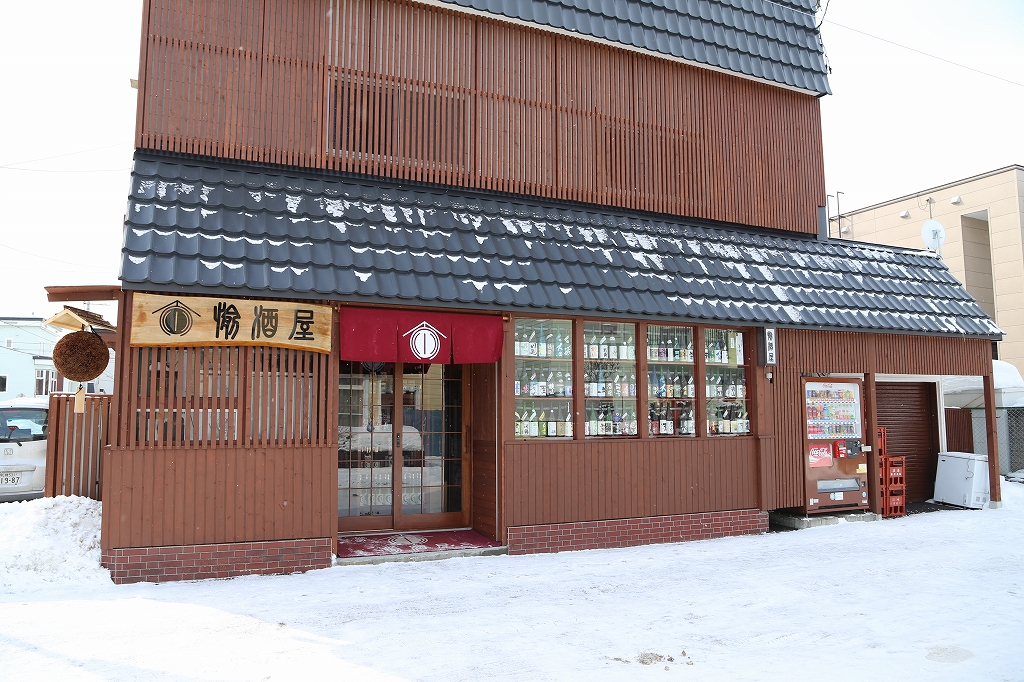 Yushuya located in a residential area

Yushuya is another featured liquor store that specializes in local sake, which was inherited by its third generation owner Narita Masahiro in 2002. According to Narita, the store carried a loan and was on the verge of bankruptcy.

In today's market, liquor stores have to understand what customers want, and become specialized in high demand products such as pure sake within the selection of Japanese sake.

Without any prior relationship with breweries, Narita did all the footwork by sending letters, and setting up meetings to build up the selection he offers. He eventually grew his store into a specialty shop with around 300 types of Japanese sake and plum wines from all over Japan. 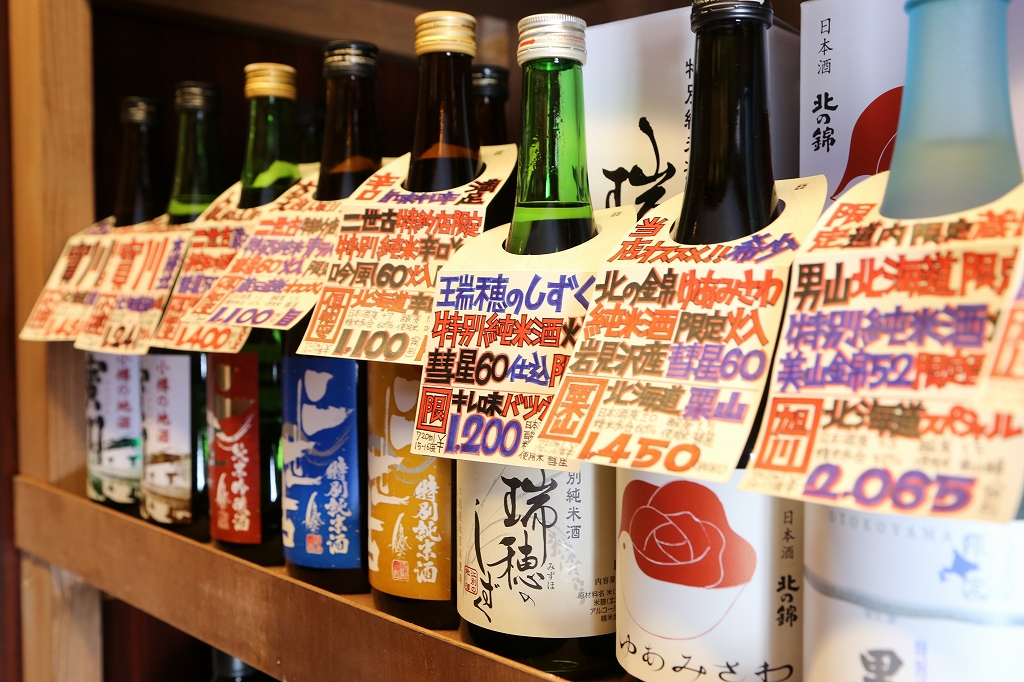 Handmade display made by Narita

Yujo is an organization Narita has established to promote sake among the public, which also organizes events targeting young people. Fujimura Tomoyo is a woman who has joined Narita’s work. 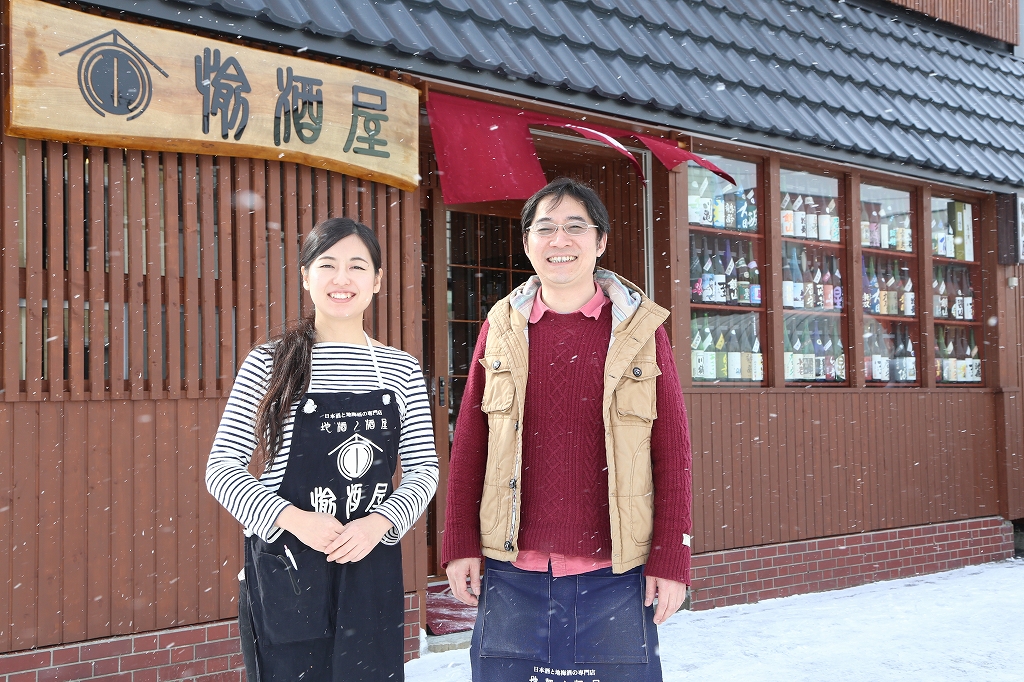 Fujimura, who aspired to become a judicial scrivener, was the winner of the first Miss Sake Hokkaido contest held in 2014. She had the chance of tasting sake from Tokushima Prefecture by Narita's recommendation at a meeting and became enthralled. After failing a few examinations to become a judicial scrivener and losing motivation, Fujimura decided to try out something she was interested in, and ended up winning the grand prix of the contest in Hokkaido.

While working in the liquor store at Narita's suggestion, Fujimura has also launched a sake club OCHOCO◎, for her to actively share the love of Japanese sake with other women her age in their 20s and 30s. 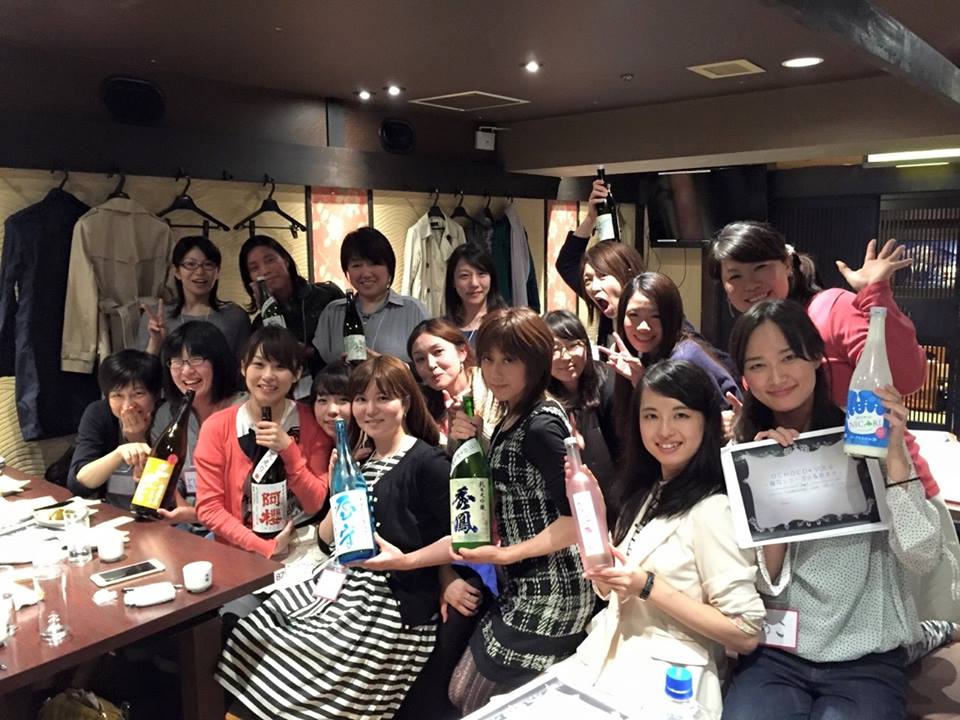 Among many of the proudly displayed sake bottles are Hokkaido's locally brewed sake. According to Narita, "Now about half of our sake is from Hokkaido, compared to what was merely a small percentage before."

Hokkaido's sake has truly grown and been cultivated by the people of Hokkaido.
Narita was also involved in passing the baton of legacy from Kumada to Kamada.