A sake for the dinner tables of Kushiro, every day 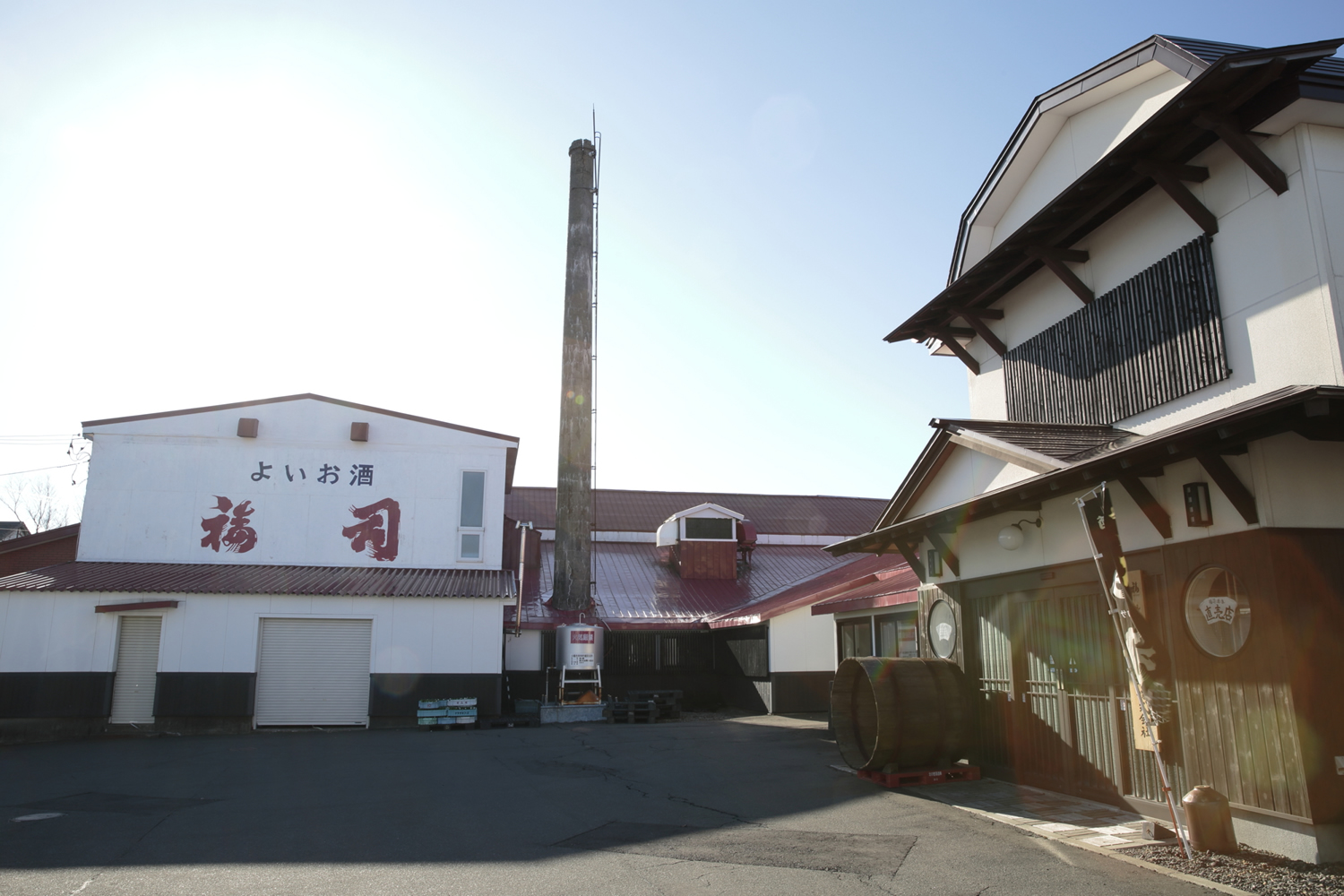 Fukutsukasa Sake Co., Ltd. is located on a hill approximately 10 minutes by car from Kushiro Station.

There are many fine winter days in eastern Hokkaido. Amid the blue winter skies stands a brewery chimney. We visited Fukutsukasa Sake Co., Ltd.’s brewery. Established in 1919, it’s the only sake brewer in the Kushiro region.
Words by Ishida Mie
Photographs by Ito Rumiko
Translation by Xene Inc.

We were guided around the brewery by Aoki Mitsuhiro, who has been at the company for 13 seasons. Before that, he worked for a sake and foodstuff wholesaler, but transferred to Fukutsukasa because he “wanted to sell more local sake.”

Directly after changing his job, everything was a bit of a shock. Fukutsukasa is one of the smaller-scale breweries, and many of the jobs were done by hand.
Realizing that “it took so many people to make sake,” Aoki then moved to the sales department with a strong will to convey how much care was put into the making of the product.

Fukutsukasa has received many prizes at “new sake” fairs in recent years. “The timing of a variety of factors was right, such as the nurturing of craftsmen and women to make the sake, making better use of the scientific skills, gradually putting together all the equipment, and continually conveying information. Of course, the current situation is not our final goal. We want the locals to be even more familiar with our products, and we must proceed as an enterprise that continues here in Kushiro,” says Aoki.
Born in Kushiro, Fukutsukasa’s history will soon reach its 100-year mark. 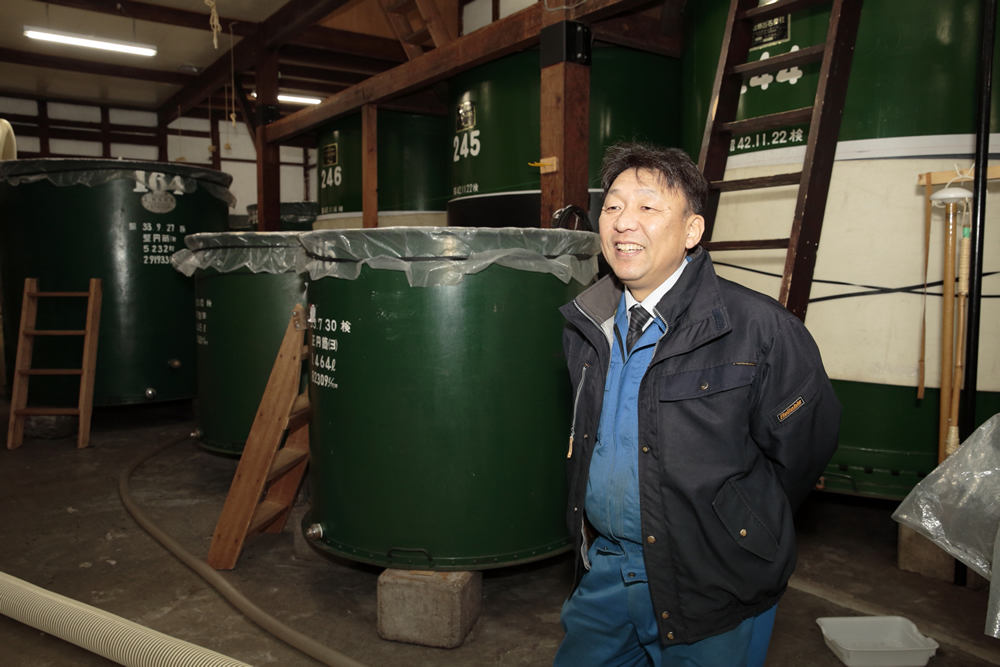 Aoki is currently a director of Fukutsukasa Sake Co., Ltd. 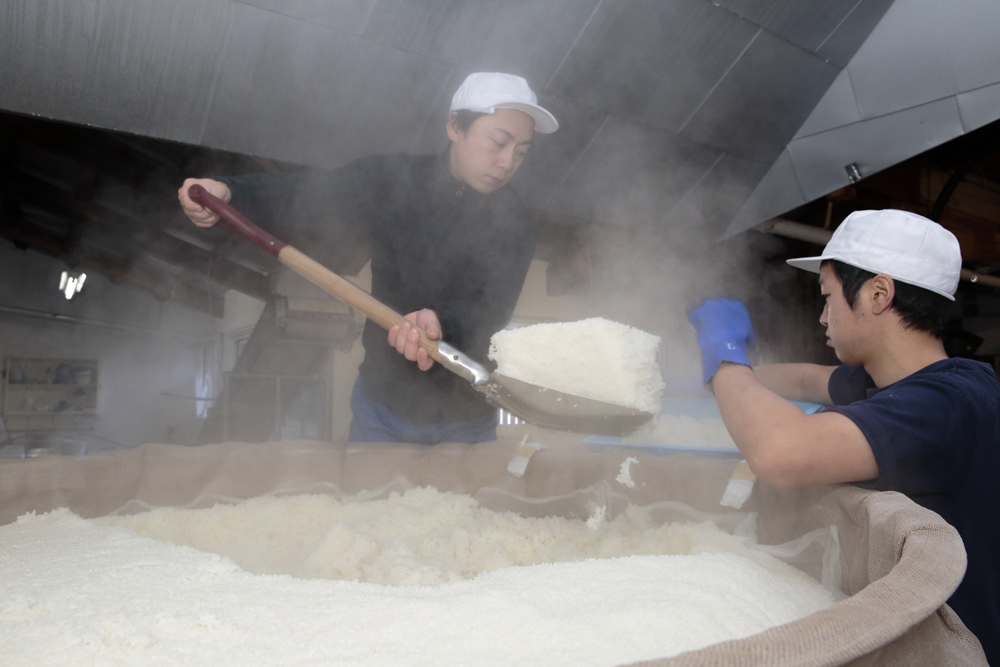 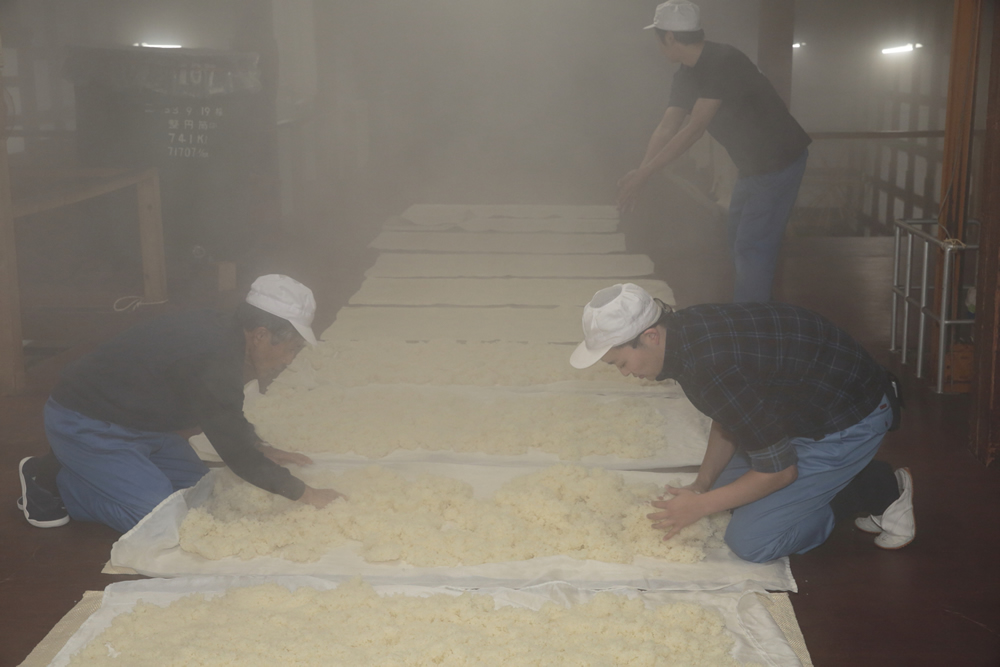 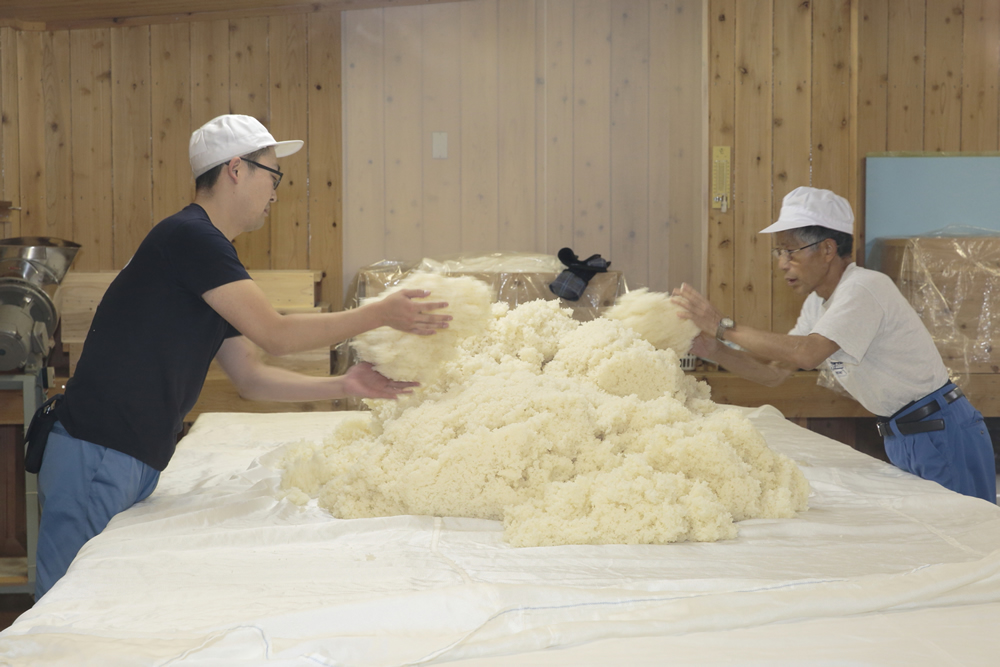 It takes time and manpower to make Fukutsukasa’s sake.

A sake befitting of Kushiro

Fukutsukasa Sake Co., Ltd. started out in 1919, with the establishment of Shikishima Shokai, a wholesaler of refined sake, soft drinks, miscellaneous sundries and foodstuffs. Three years later, the company built a new brewery on the current site. In the peak years from the Meiji through the Taisho periods, the Kushiro region boasted 10 sake breweries, but Fukutsukasa is currently the only one still operating.

The water used to make the sake is the same underground water that has been used from times gone by. Slowly filtered by the vast natural environment of eastern Hokkaido, the water is drawn from an exclusive well near the brewery.

One of the principles of brewing Fukutsukasa sake is “making sake that complements the local foodstuffs.” The image is of a sake that people want to drink with their meals, every day.
Fukutsukasa has a limited-edition product called Sokojikara, which is a sake that is stored for almost a year in the shaft of seabed coalmine of a Kushiro coalmining company. It often sells out as soon as it is made available, and is loved as a special sake that speaks of Kushiro’s history. 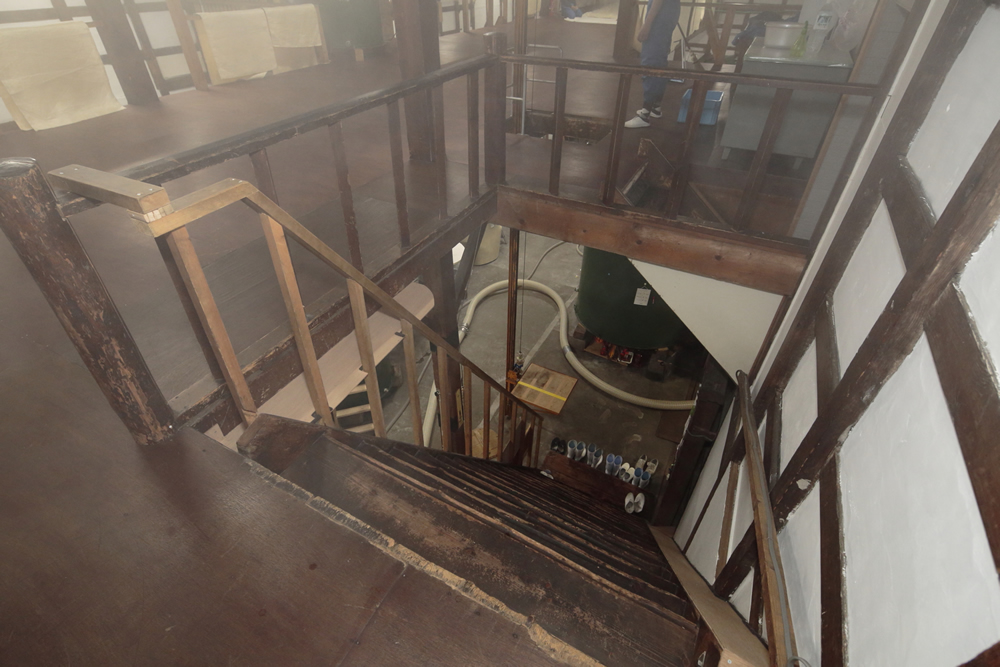 The brewery that is almost 100 years old. 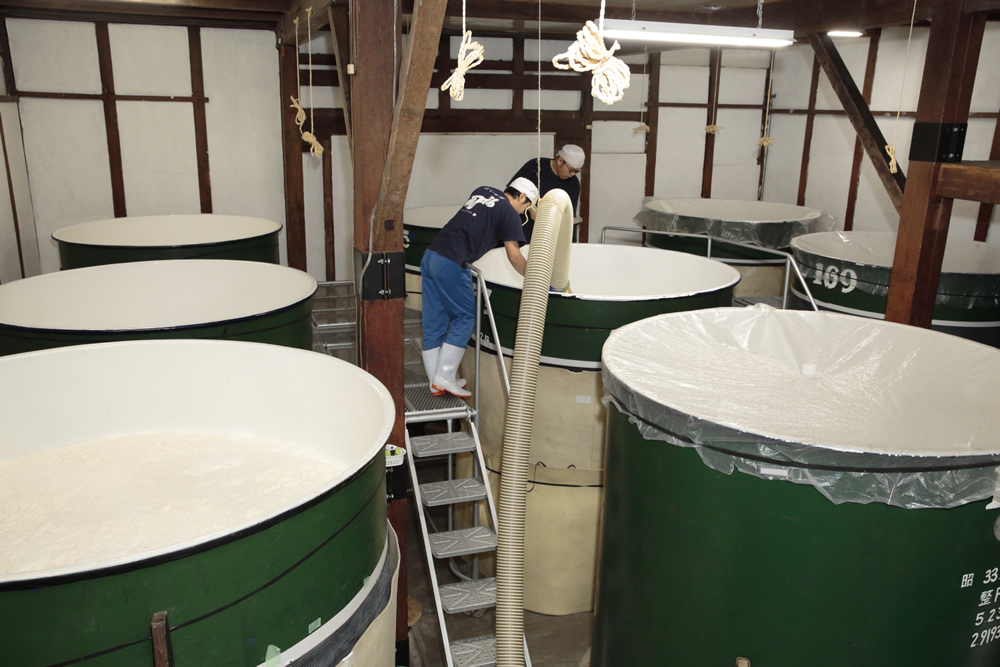 Prepared by adding yeast, malt, steamed rice and water to the tank 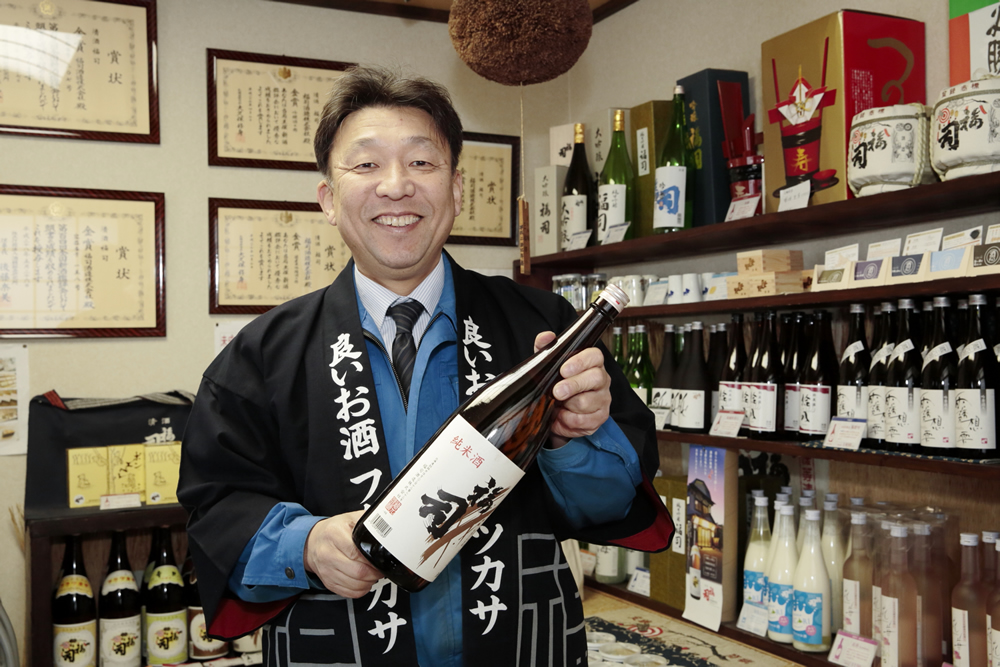 The brewery also includes a shop.

Fluffy cake with the aroma of local sake

Kushiro boasts a local sake cake “Fukutsukasa” – baked confectionery soaked in Fukutsukasa sake. The cake is made by the local “Kushiro Confectioner Nakajima”, which was established in 1976. Available in both small and large sizes, one small-size cake – which fits on the palm of a hand – contains the equivalent of two cups of sake. The fine-grained sponge emits the subtle aroma of Japanese sake. 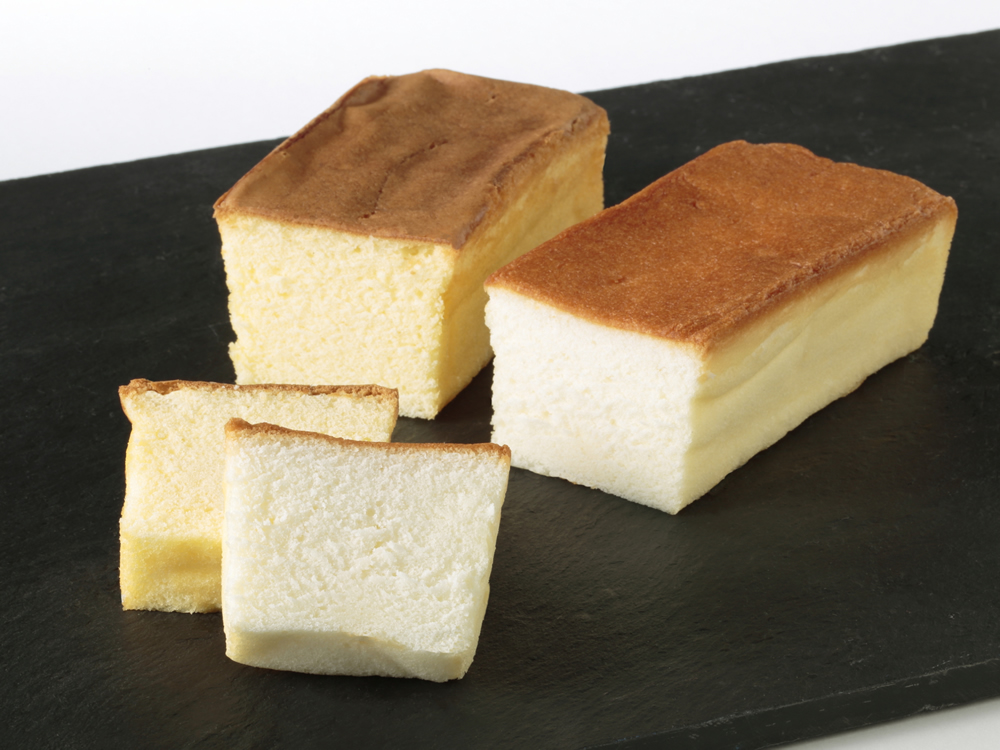