A festival that’s continued for 375 years 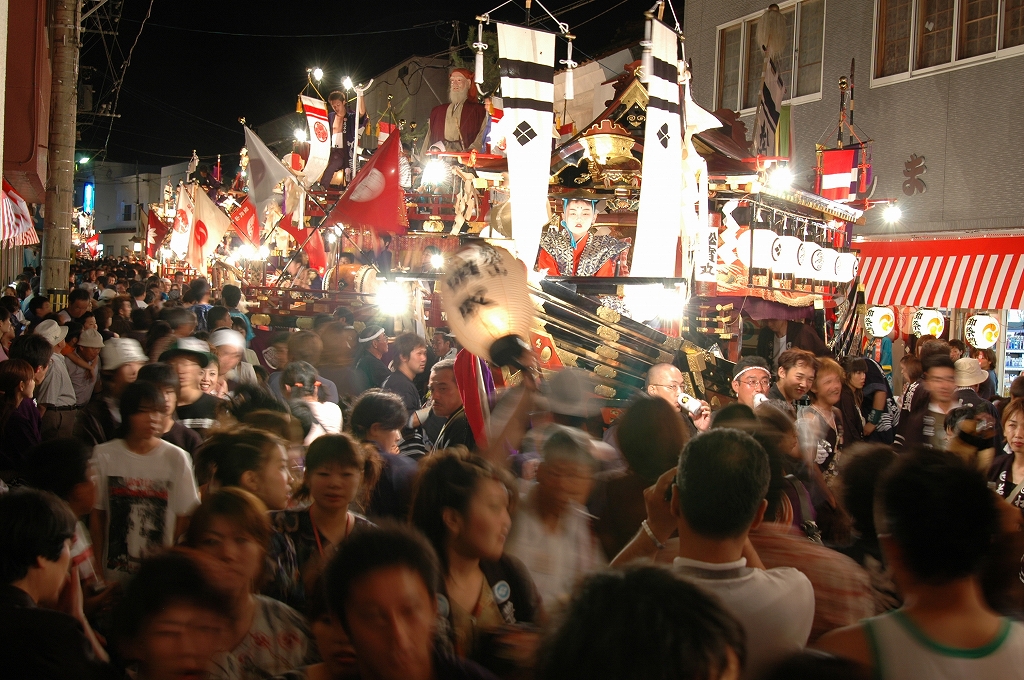 The Ubagami Daijingu Togyo Festival – held every year from August 9 to 11 – is what the residents of Esashi most look forward to every year. Approximately 50,000 people gather in the town – which has a population of only 8,000 – to watch portable shrines and 13 floats being paraded around the streets.
Words by Yajima Azusa
Photographs by Ida Yukitaka
Translation by Xene Inc.

A festival that has continued since the Edo Period

Since the Edo Period, Esashi prospered as a herring fishing community, and was greatly influenced by the culture and festivals of the Kansai and Hokuriku regions due to the Kitamae-bune ships that arrived via the Sea of Japan shipping route. The origins of the Ubagami Daijingu Togyo Festival date back 375 years, when it began with the people of Esashi thanking the gods for the plentiful herring catches. 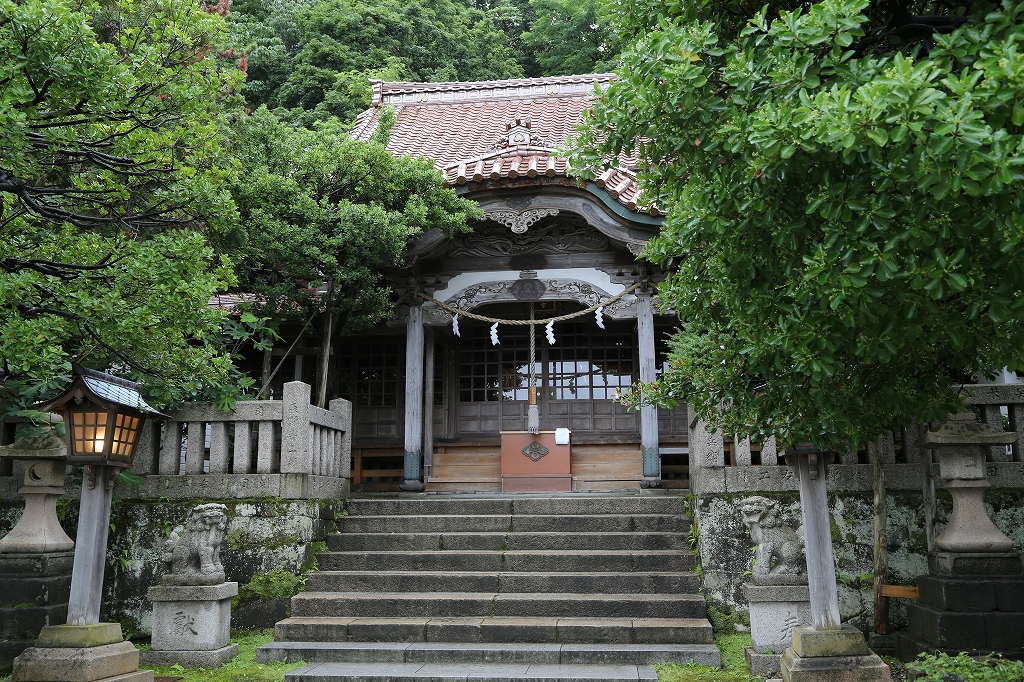 The chair of the Esashi Sightseeing & Convention Association, Saikaiya Nozomu is also a doll maker who creates the mannequins that ride on the floats, and from an early age he grew up with the shrine festivals. Each of the town’s neighborhood associations is responsible for the management and operation of one of the floats, which cost over 10 million yen to build and between 1.8 and 1.9 million yen per year to maintain. These costs are generously borne by the residents of the neighborhoods and people who were born in or have connections with the town. “People who come from the cities are motivated by Esashi residents’ enthusiasm and passion for the festival,” says Saikaiya. “Perhaps it’s because they sense the eagerness to preserve the local culture inherited from the Edo period.” 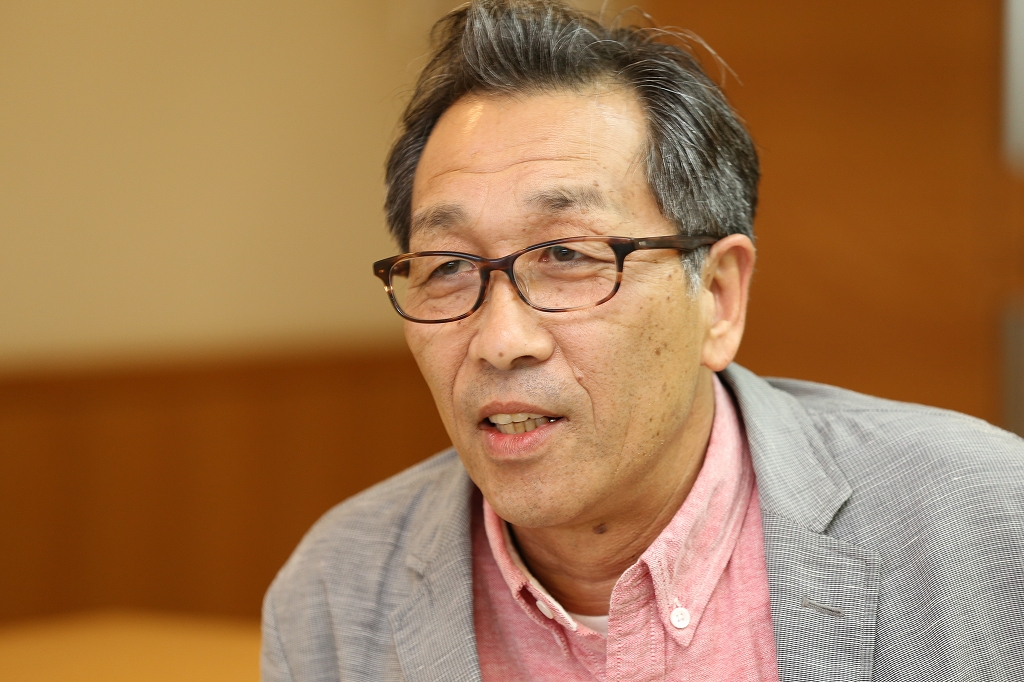 Saikaiya’s father was the doll maker who, under the name of Hokuryu, created five of the mannequins that ride on the thirteen floats mannequins. Nozomu is the second-generation Hokuryu. “Mannequins made by myself and my father adorn the festival,” says Saikaiya. “Such emotions cannot be experienced anywhere else.” 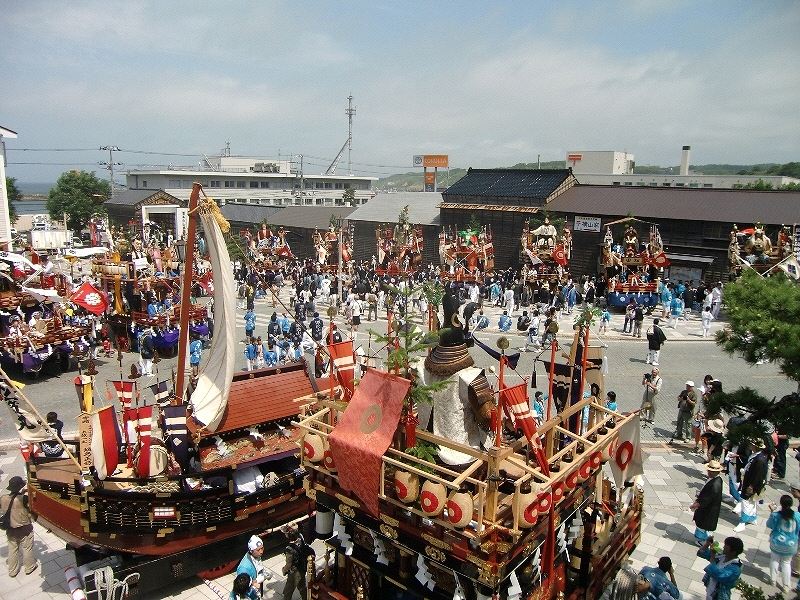 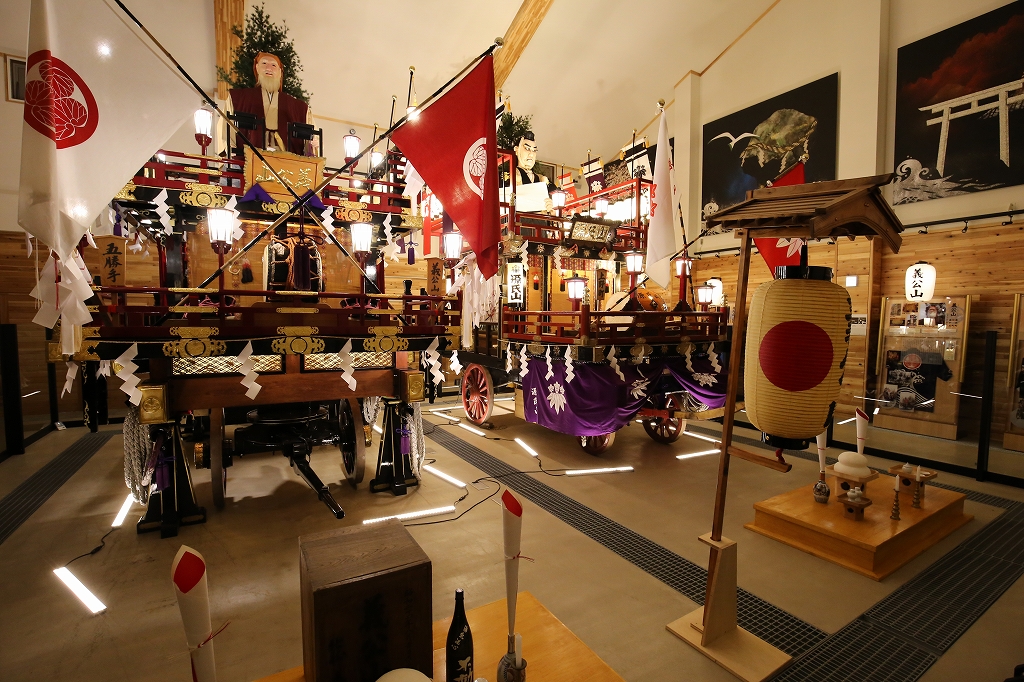 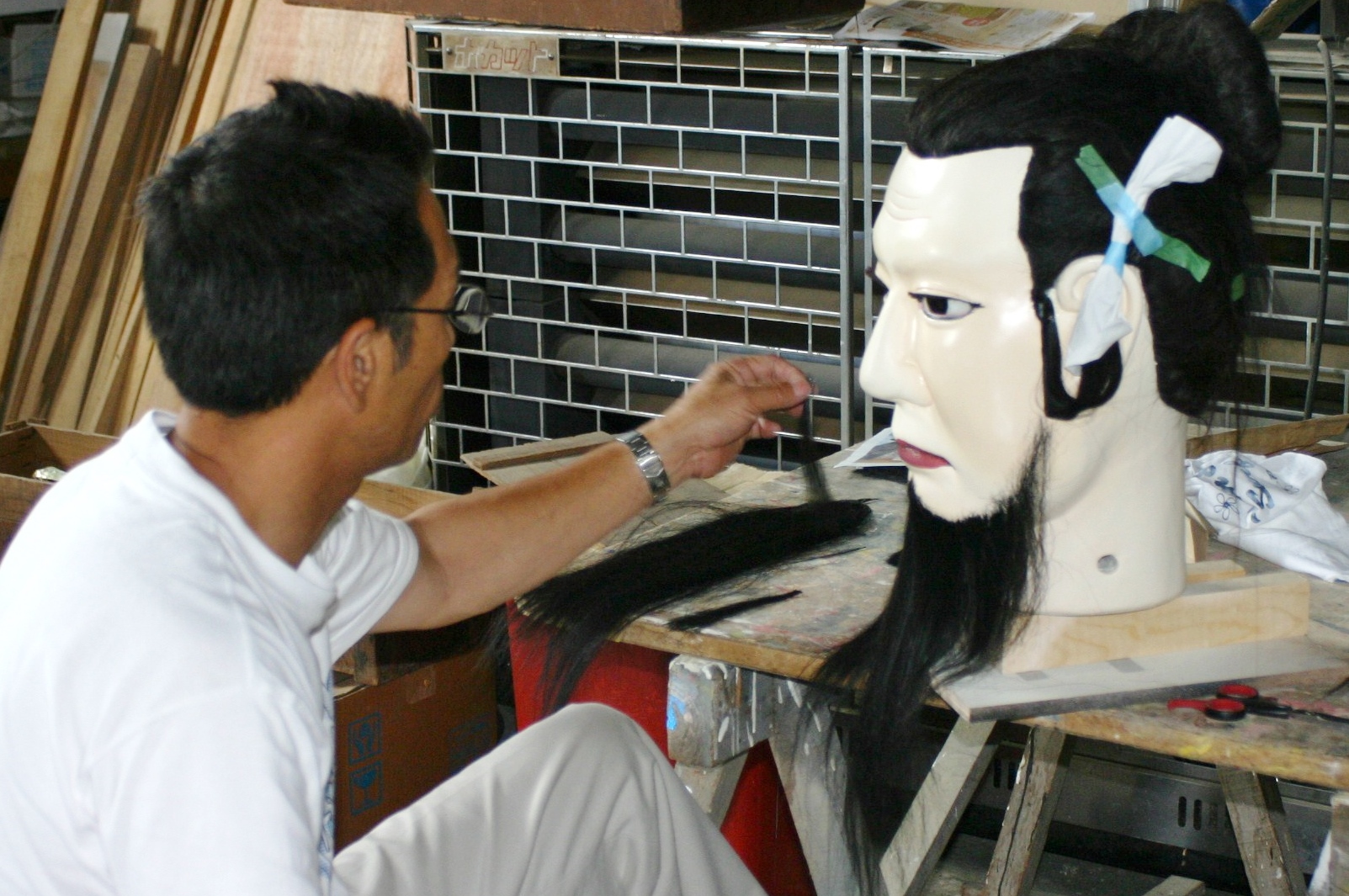 The children of Esashi are raised on drum & flute lullabies. They are pulling floats as soon as they can walk, and are playing the flute and drums when they become elementary and junior high school pupils. They then take on the role of protecting the float from overhead cables, and when they become adults they are responsible for supervising the parade of floats, with the ultimate aim of becoming one of the people charged with overall responsibility for the float. 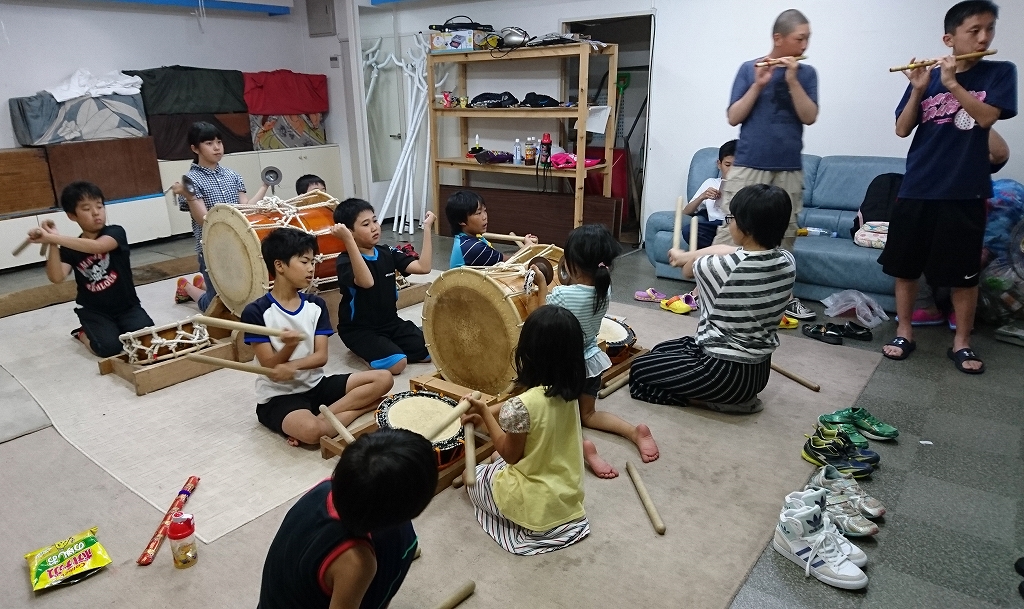 When the summer holidays begin, so do the children’s flute and drum practice sessions (Photo courtesy of Esashi Town) 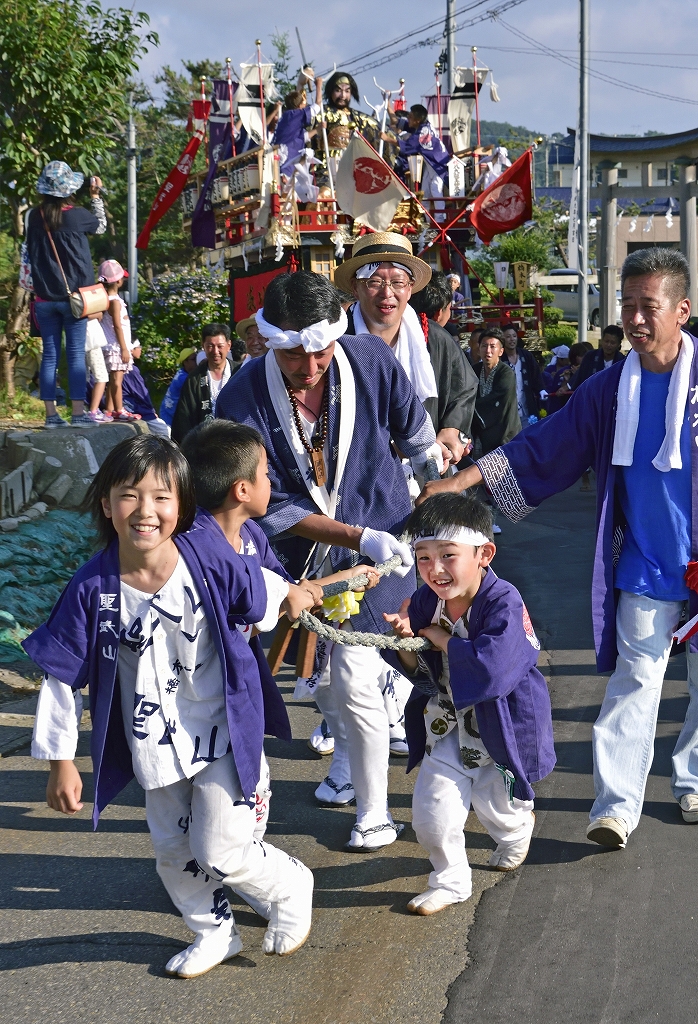 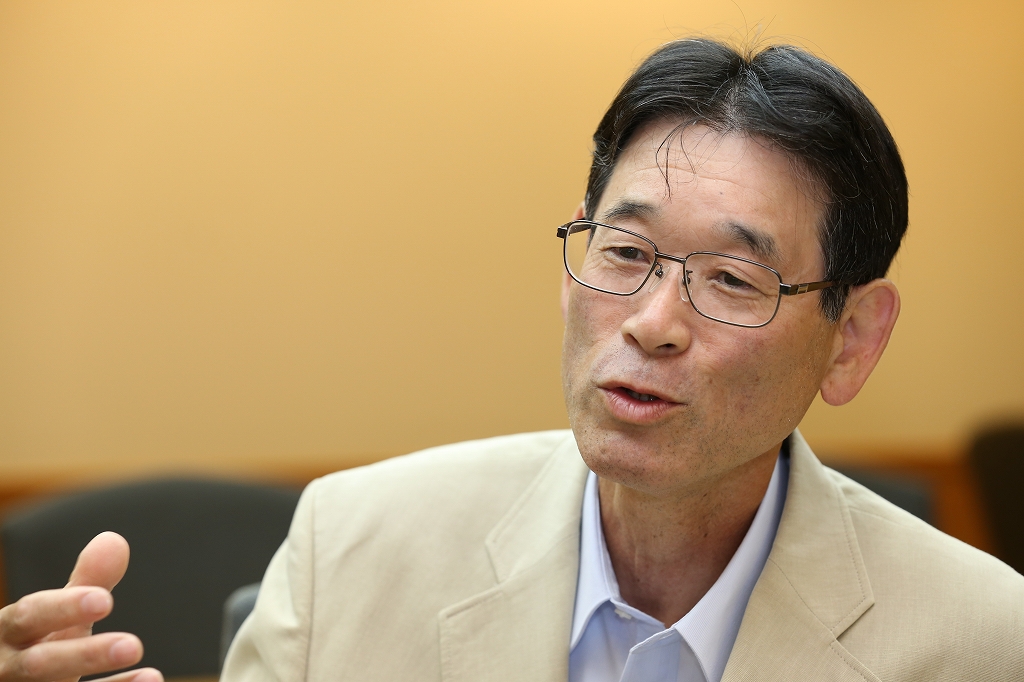 Natsuhara Shigeki, who works at an elementary school and is also the vice chair of the festival organizing committee tells of an episode that expresses Esashi residents’ feelings toward the festival. “At a job interview in a certain city, a high school student from Esashi asked if he could take a holiday on the same three festival days every year. He explained about the Ubagami Daijingu Togyo Festival and that without the younger generation, the floats would not be mobile and asked the boss for the time off. The boss of the company was surprised and impressed by the high school student’s enthusiasm for his hometown, something that is not so common, and decided to employ him straight away.” 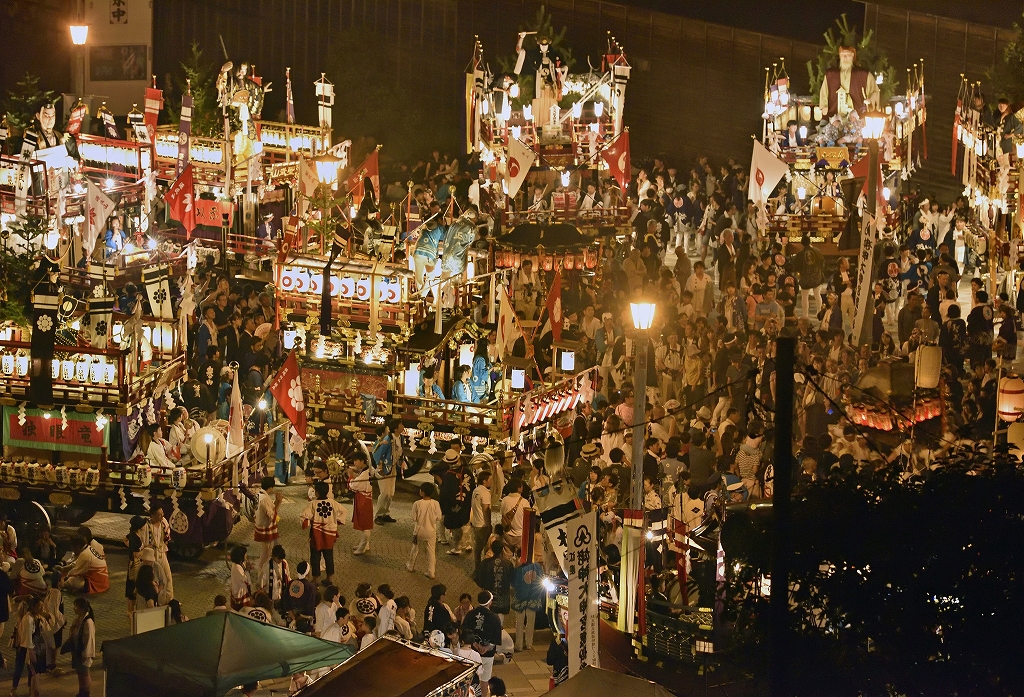 Everyone gets involved in the festival – from young children to senior citizens. All homes prepare alcohol and food to welcome visitors. According to Natsuhara, “Esashi has created a culture in which all people are involved.” Saikaiya also adds “Each household serves local cuisine made with recipes handed down from the past, making it a festival in which food culture is also conveyed.”

Ofuru Shohei works as an official that supports the chief priest of the Ubagami Daijingu shrine. He married a woman who was born in Esashi and moved to the town in 1981. When he first arrived in Esashi, he prioritized his job in architectural design over the festival. “While being involved in the festival, I was also doing my job and got lots of complaints,” he laughs. When his children began to take part in the festival, he gradually became more involved with the neighborhood association, and ended up becoming the president of the organization. 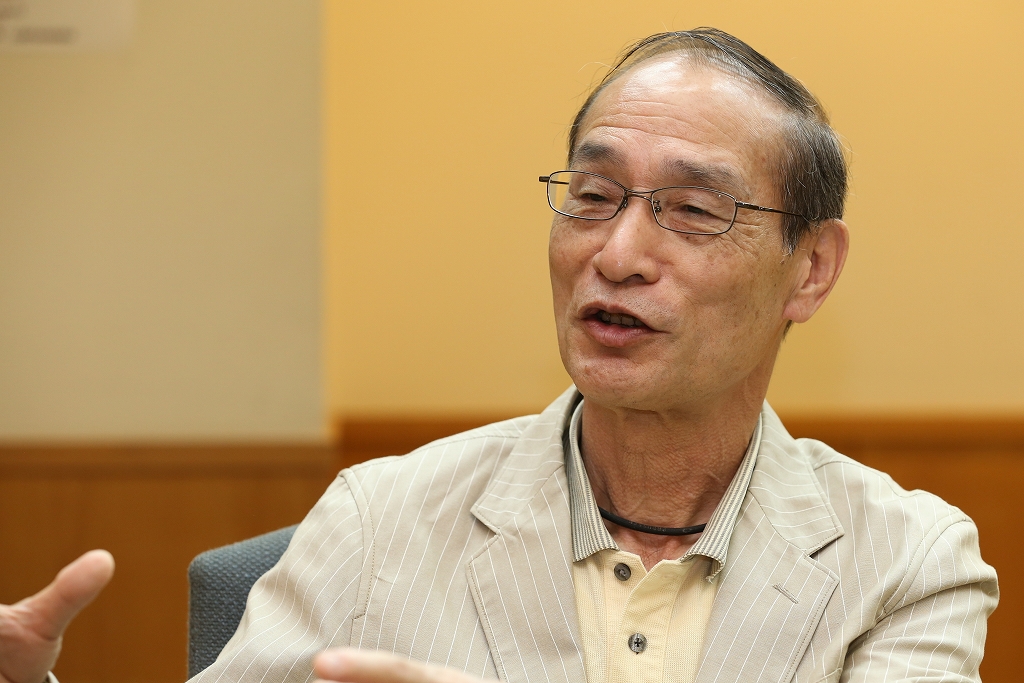 In 2006, Ofuru became the person responsible for the entire parade. His main job is to create the festival’s time schedule and to make sure the parade passes along the specified route on time. “My job is to consider the details of the whole event, like the physical wellbeing of the children and where those carrying the portable shrines can rest this year.”

As the population continues to age and decline, collaboration with cities is necessary in order to convey information about the festival. “University students are coming from Sapporo to carry the portable shrines.” Every year, ten or twenty students come and help make the festival a success. According to a university professor, “When students go to Esashi, where a community that spans different generations is being created, they change. When they join companies, that experience is useful.” Students who want to work in regional development have also found employment at Esashi Town Hall. 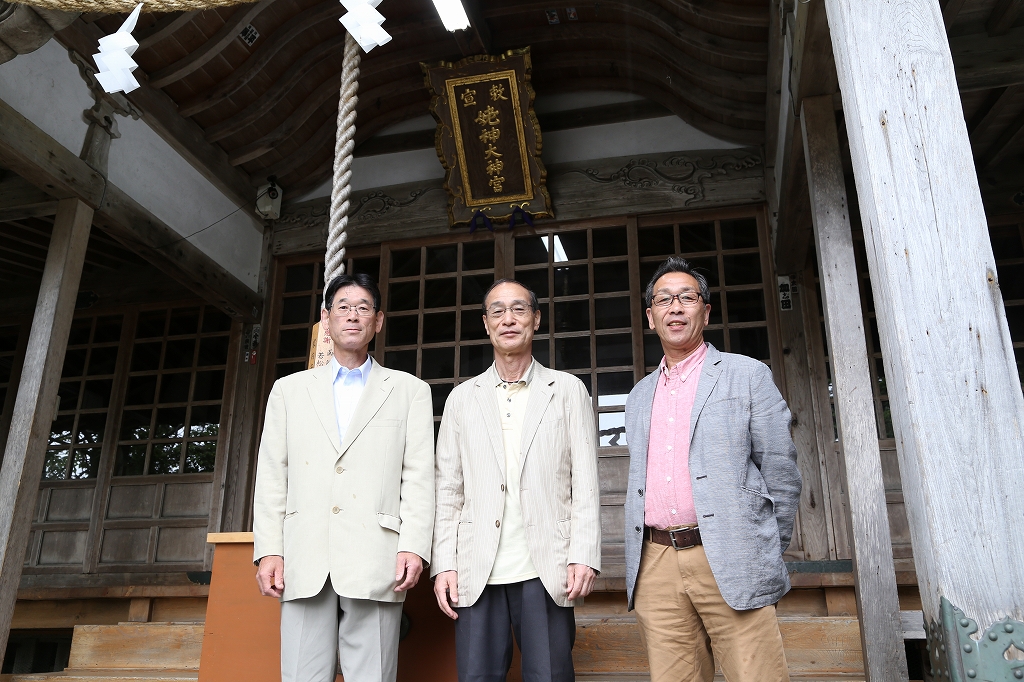