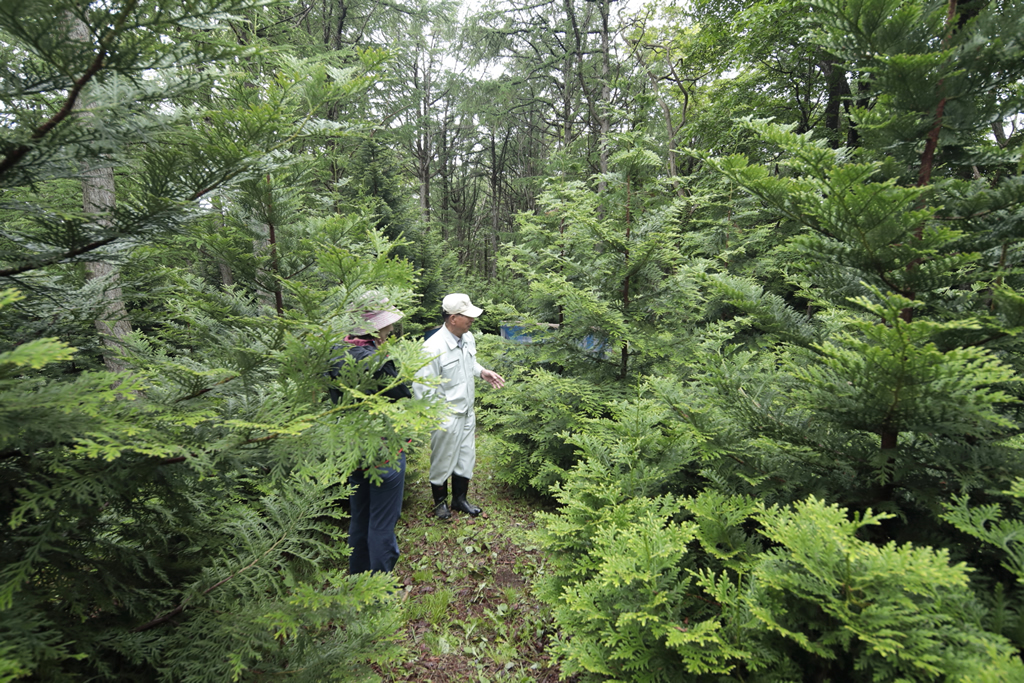 A forest where Japanese cypresses were just planted

Long ago in Esashi, the ground was thick with Japanese cypress, and the cypress-covered mountains were a precious asset. Many of those trees were lost, and people are now planting trees for 100 years in the future.
Words by Shibata Miyuki
Photographs by Ito Rumiko
Translation by Xene Inc.

Esashi, a town of Japanese cypress

Japanese cypress trees are being planted in a town-owned forest spread out along the coast about 2 kilometers from town areas.
"Japanese cypress used to grow wild there, but they were all cut down, and the ground was bald at one time," says Sakano Masayoshi. Sakano is a forestry professional who worked for a long time in a forest service field office. 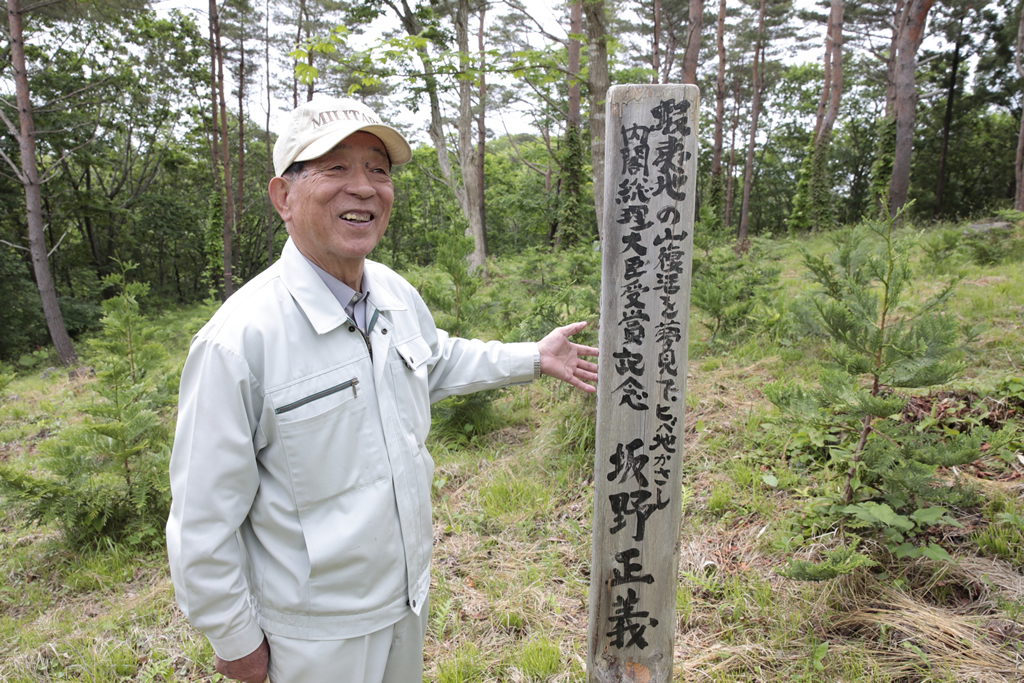 The Japanese cypress trees were of the hondae variety, Cupressaceae family. The southern part of Hokkaido is their northern limit, and they make for durable lumber that is mainly used in construction. During the Edo period, Japanese cypress was a valuable resource for the Matsumae Domain.
“There are still Japanese cypress buildings in town that have been in use for more than 1,000 years. Esashi is a town created not from the sea, but from the mountains,” says Sakano. 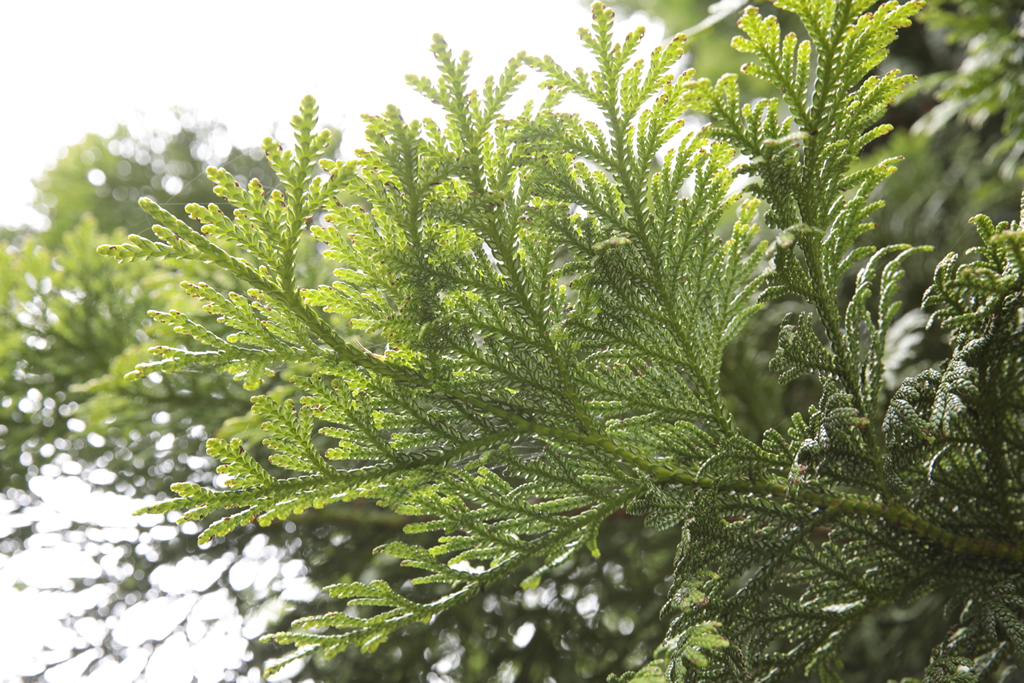 However, the large trees that could be used for lumber were all cut down, there was a mountain fire, and the mountains of Esashi changed utterly. There were attempts to revive the forest, but the trees didn't take root. Even if they had, it would have taken 50 years or more for them to become usable as lumber.
This was the state of affairs when Sakano started an endeavor to reforest the mountain. His motivation was wanting to leave Japanese cypress trees for his descendants.

Back to the mountains of 350 years ago

Sakano first planted Japanese cypress here in 1997. After retiring, he began full-scale technical research into using cuttings to propagate Japanese cypresses.
The spots with Japanese cypresses tend to be on the northern slope. "They have increased on the southern slope as well, but where the sunlight is good, saplings don't grow well because the plants around them also grow," Sakano says.
It is also important for there to be broadleaf trees nearby. Broadleaf trees create shade, their fallen leaves serve as fertilizer, and they provide protection from the wind.
Snow also plays an important role. "The branches stretch, and when the snow pushes the lower branches down to touch the ground, new trees grow at those points." 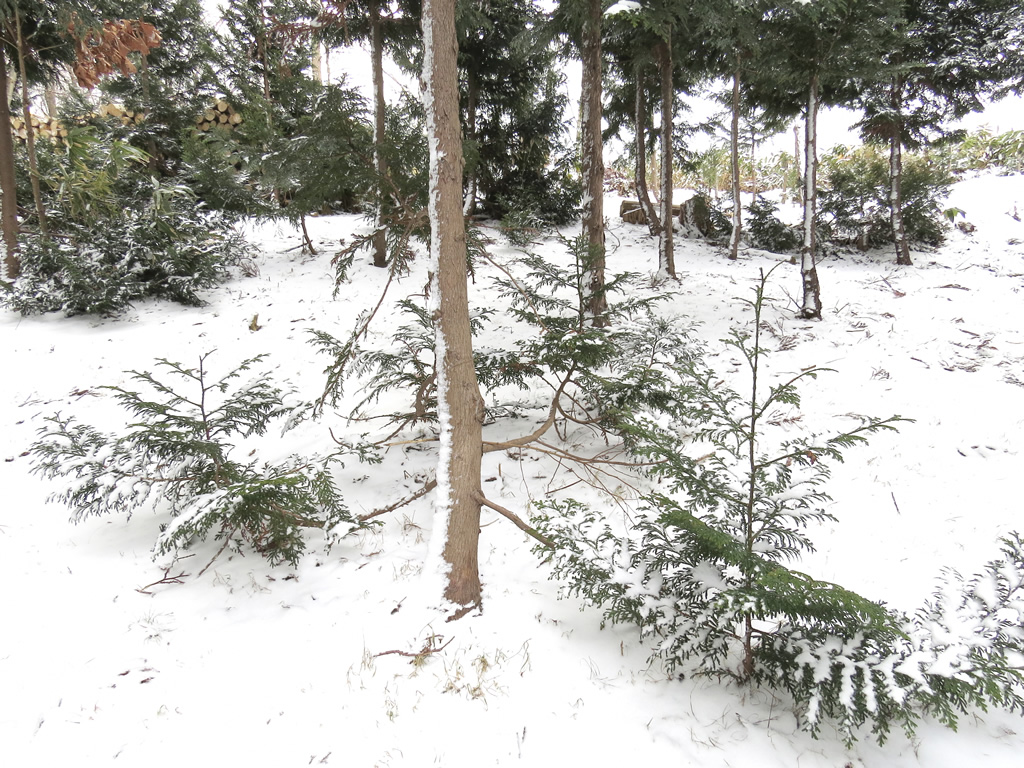 Lower branches touch the ground and new trees grow. (Photo courtesy of the Esashi Board of Education)

The technique of cutting has been used for a long time. Leaves have been cut and inserted into the ground since the 1910s and '20s. "A leaf is inserted so that the upper side faces east. That's because the underside is vulnerable to the setting sun." This results in a bent sapling, but it's a faster method than growing one from seed. Through trial and error, however, Sakano arrived at the technique of taking a stem that grows perpendicular from a branch and inserting it into the ground. Though it usually takes six years to create a sapling after inserting a cutting into the ground, with this method he shortened it to three years.

Quick growth means quick lumber availability. "In 30 years, you can harvest a twelve-square-centimeter timber. You can also use forest-thinning timbers. Since long ago, Japanese cypresses have grown in Esashi and cypress-covered mountains have been an asset to the town. So, I want to make the mountain the way it was 350 years ago. In a hundred years it will be an incredible asset," says Sakano. 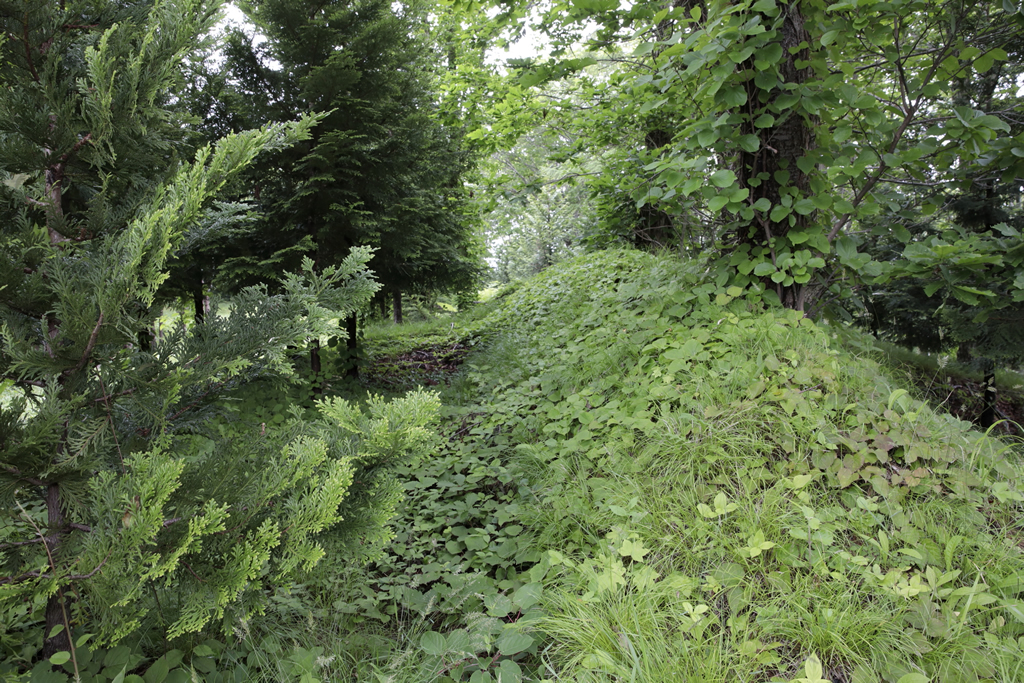 Sakano has worked to revive Paulownias trees, too. Paulownias are not native to the area, but they were brought from the Tohoku region in cargo ships that sailed the Sea of Japan during the Edo period (1603 to 1868) and planted. Because Paulownia wood is light, it is used in floats, making it indispensable to fishermen. Geta (Japanese wooden shoes) and chests of drawers also were made, and at one time there were as many as 40 woodworking shops in Esashi.

Paulownias grow rapidly; you can harvest timber after 10-15 years. Oikawa Shigeharu makes things from the cypress and Paulownia wood. Using the skills he gained as a furniture craftsman, Oikawa makes mostly geta using Esashi Paulownia. Because most of the work is done by hand, he just manages to make one pair per day. The geta can be purchased at the shop Kidoriya Kannazuki on Inishie Kaido(Highway). 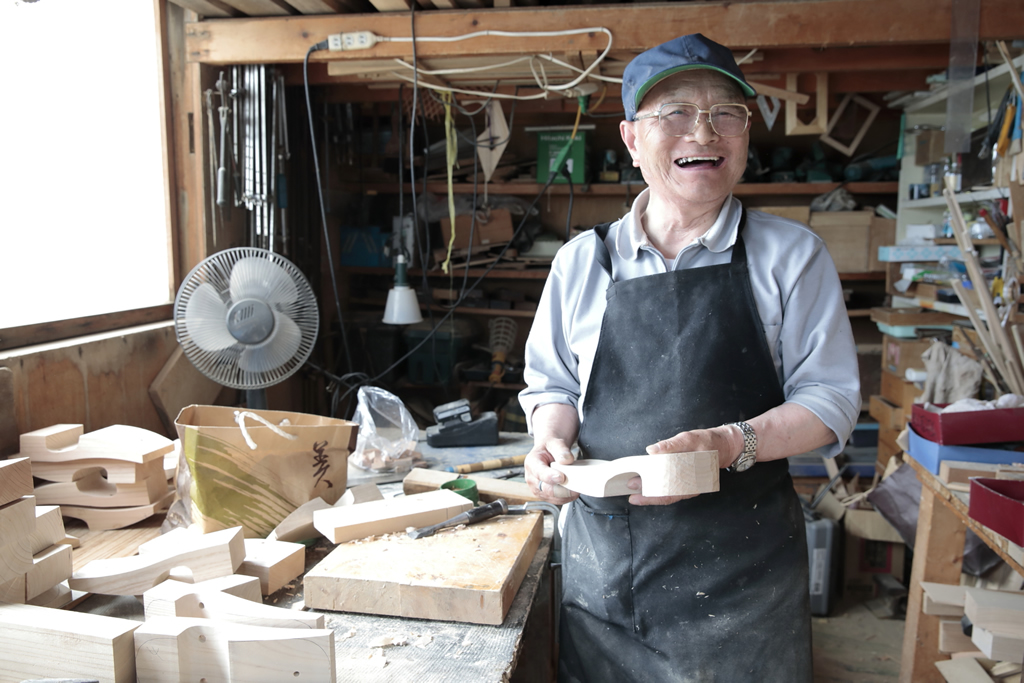 Oikawa Shigeharu became an Esashi furniture craftsman's apprentice around age 17. He is now 85. 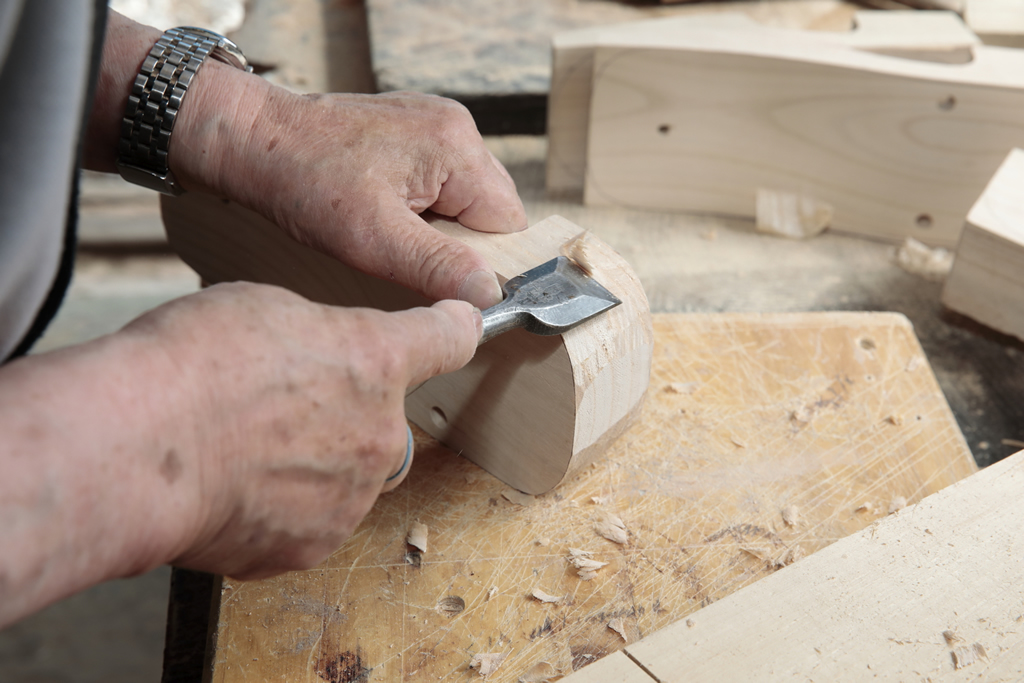 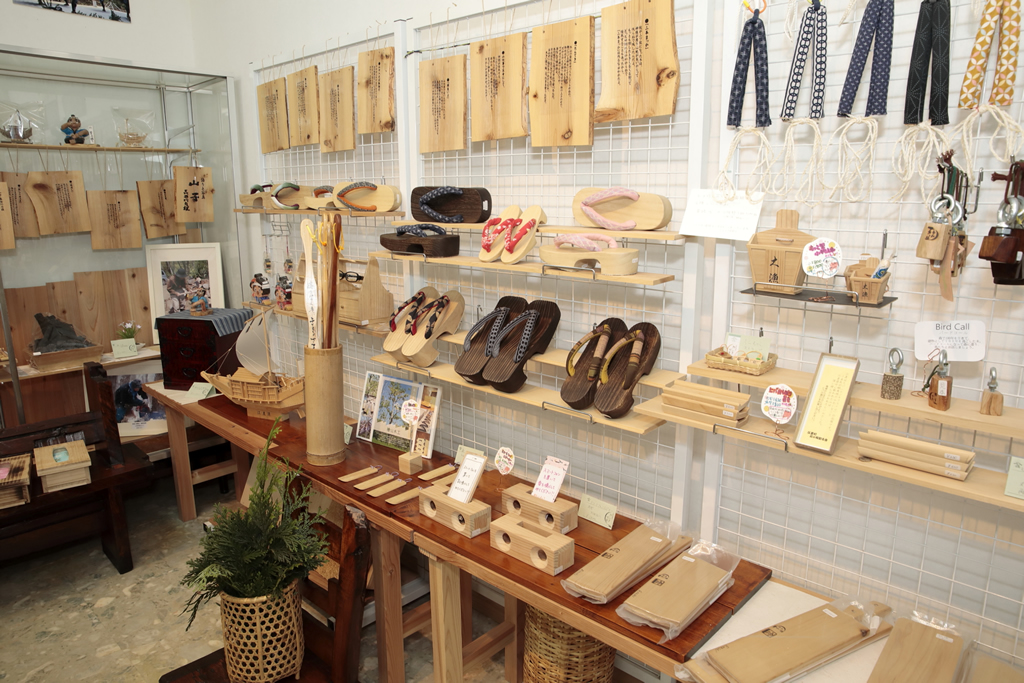 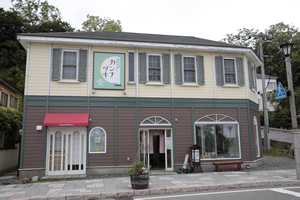