The town starts to talk 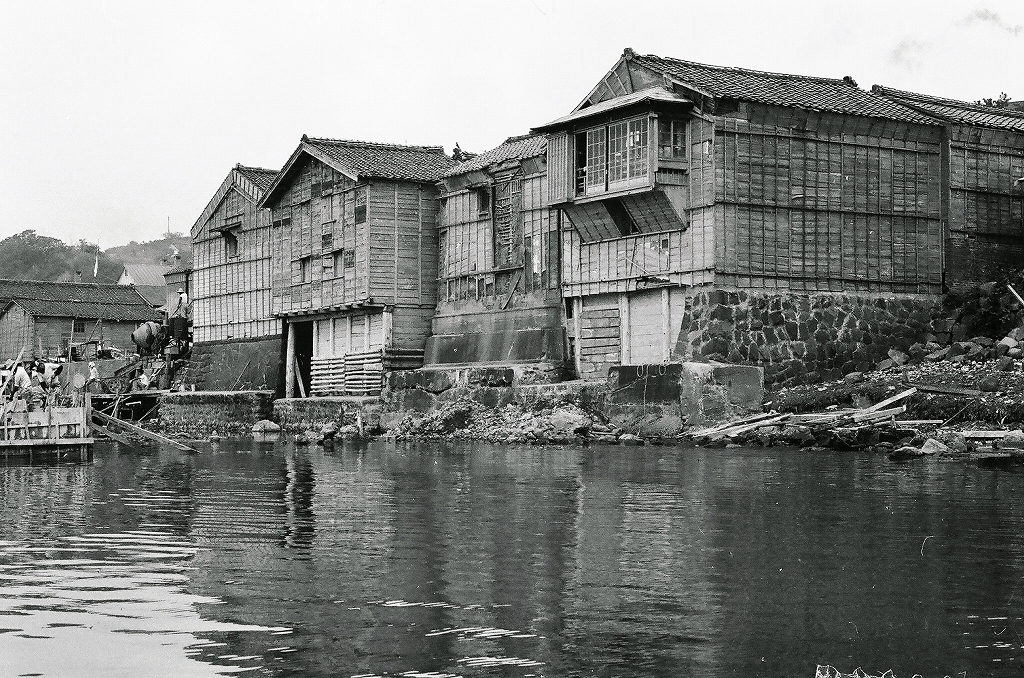 It’s hard to understand the charms of a town just by walking around. How do the people of Esashi talk about and convey its appeal?
Words by Shibata Miyuki
Photographs by Ito Rumiko

Inishie Kaido, with its streetscape from the Edo period, is a sightseeing hub that includes merchants’ buildings and the Ubagami Daijingu shrine. Community development activities thrive on this shopping street, where events that convey Esashi’s history and culture have taken place for several years. 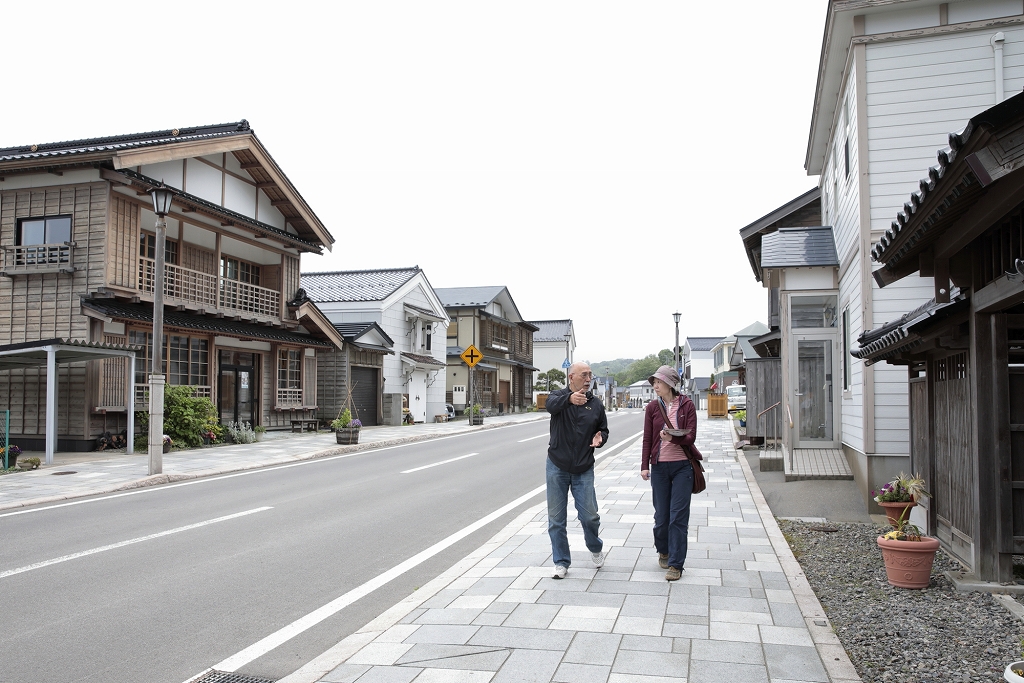 Our guide, Muroya Motoo is one of the main organizers of the various events that take place on the shopping sheet. One Hundred Storytellers is an activity being promoted as part of the walking tours of the town. Local people become the storytellers and tell visitors about the town and their own houses. According to Muroya, “It’s more interesting when stories come from the mouths of the locals.”

Walk along Inishie Kaido and a store with Japanese-style architecture that looks to be oozing with history appears. Old bicycles and advertising signs are displayed. Muroya opens the door and walks inside. Iwasaki Shoten was one of the earliest shops to sell bicycles. A merchant’s atmosphere remains in the Edo period building, which has a long dirt floor that stretches towards the back of the building and distinctive eaves. 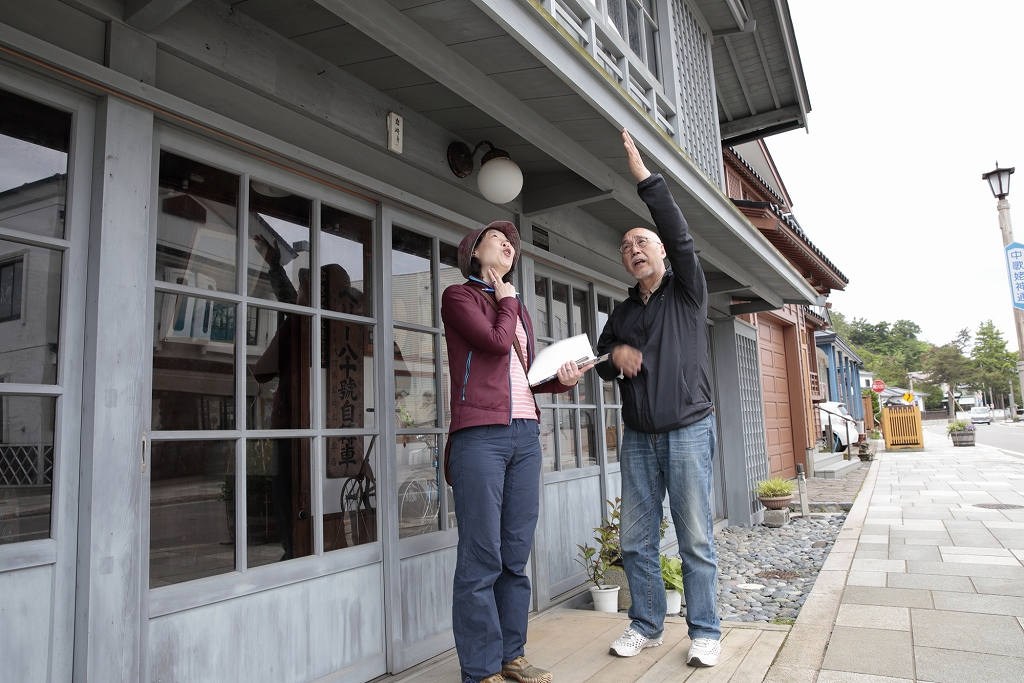 The overhanging eaves of Iwasaki Shoten were a characteristic of houses from the Sea of Japan side of Honshu.

In this way, Esashi is working on a style of tourism in which tourists wander around the town while communicating with the locals. By coming into contact with the buildings owned by the locals, the tourists get to know about the charms of the town in a way they would not have done just by walking around. Those charms are in the memories that remain amid the lives of the people who reside there. 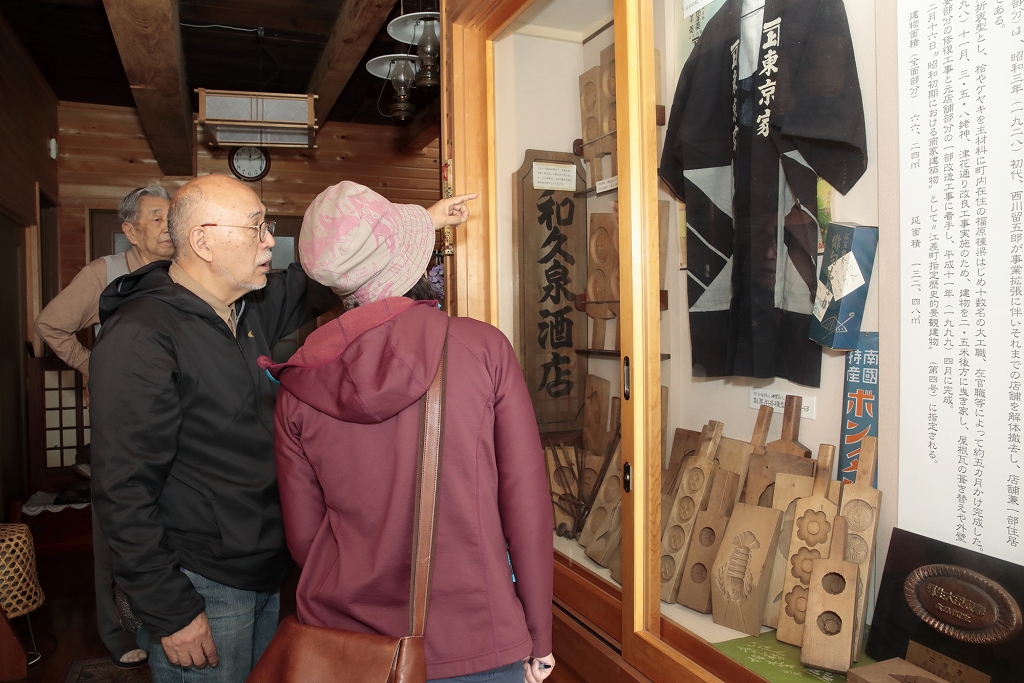 The last place we visited was an area in which warehouses known as Satsukigura are utilized. The four Edo-period warehouses, linked by roofed walkways, are now utilized as cafés and galleries. It is a place for interaction and where information introducing local cuisine and the work of craftsmen and women is conveyed. As the warehouses had been abandoned for a long period, the damage was severe, and even now not all of the restoration work is complete. Muroya hopes that “little by little, everyone can help mend the roof tiles and paint the walls in order to restore them.” 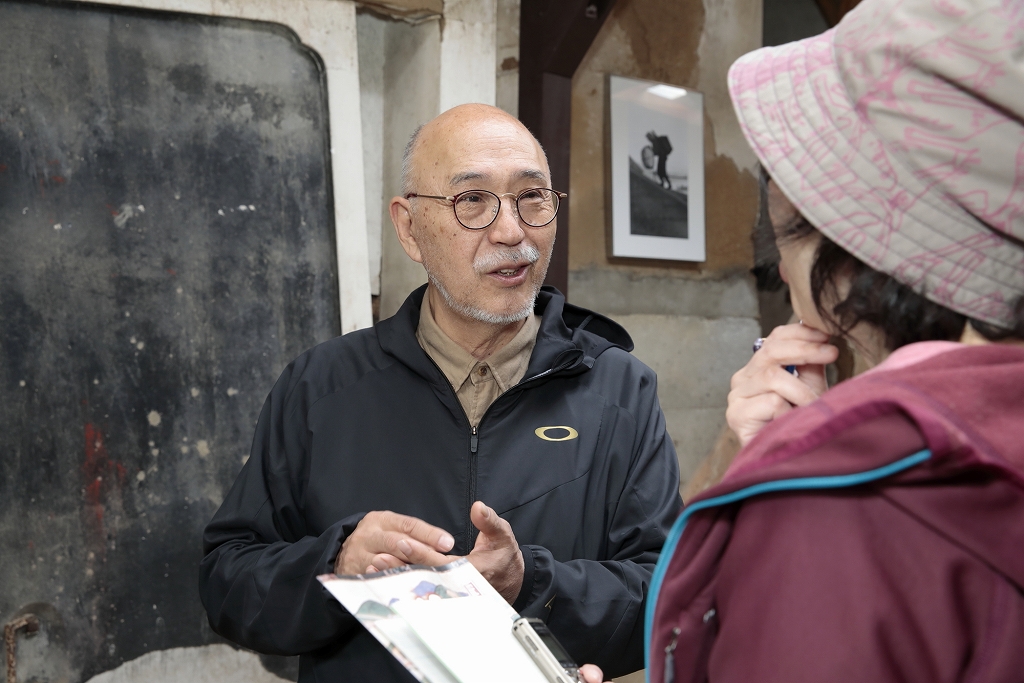 Muroya Motoo, who runs a paint store for a living

Scenes that no longer exists

The activities of the shopping streets’s One Hundred Storytellers were prompted by a local literary magazine known as Esashiso. The representative of the publisher, Matsumura Takashi writes the articles and Muroya is responsible for the photos. Muroya became aware of the fascination and importance of the stories while talking to the townspeople. 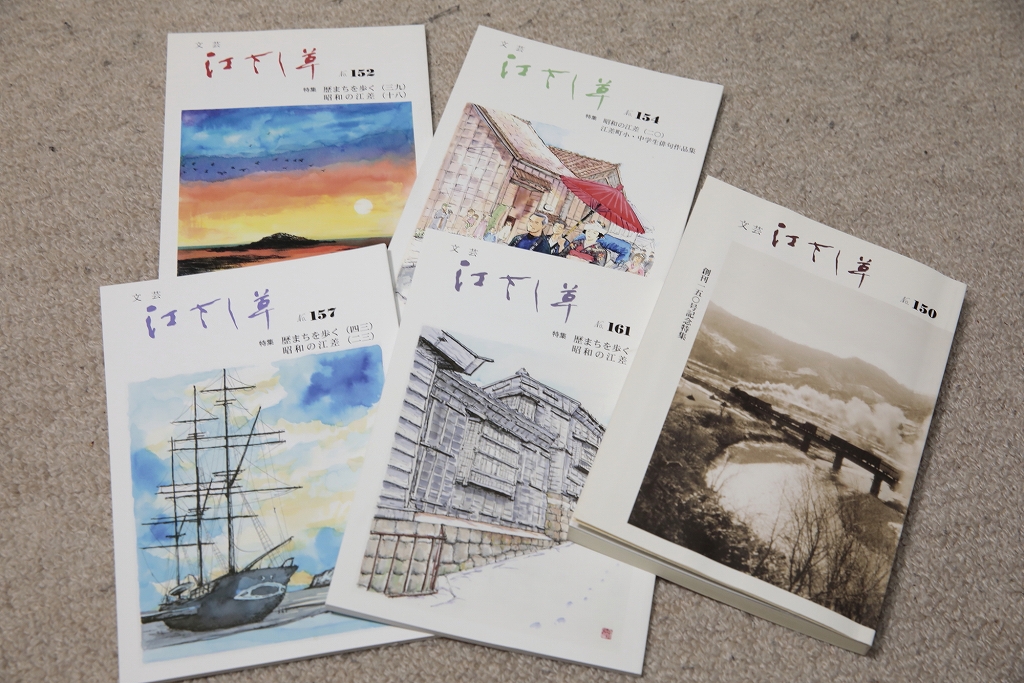 Esashiso is a members’ periodical that was established in 1976. Matsumoto is the third-generation chief editor of the magazine, and publisher of numerous books and photographic collections on the theme of Esashi. Numerous photos shot in Esashi in the late 1950s early ‘60s, in particular, have been greatly admired by a famous photographer.
“I always liked photographs,” says Matsumura, “I still have the first Olympus I bought when I was 28.” Matsumura used this camera to capture everyday scenes of this town – scenes that no longer exist. 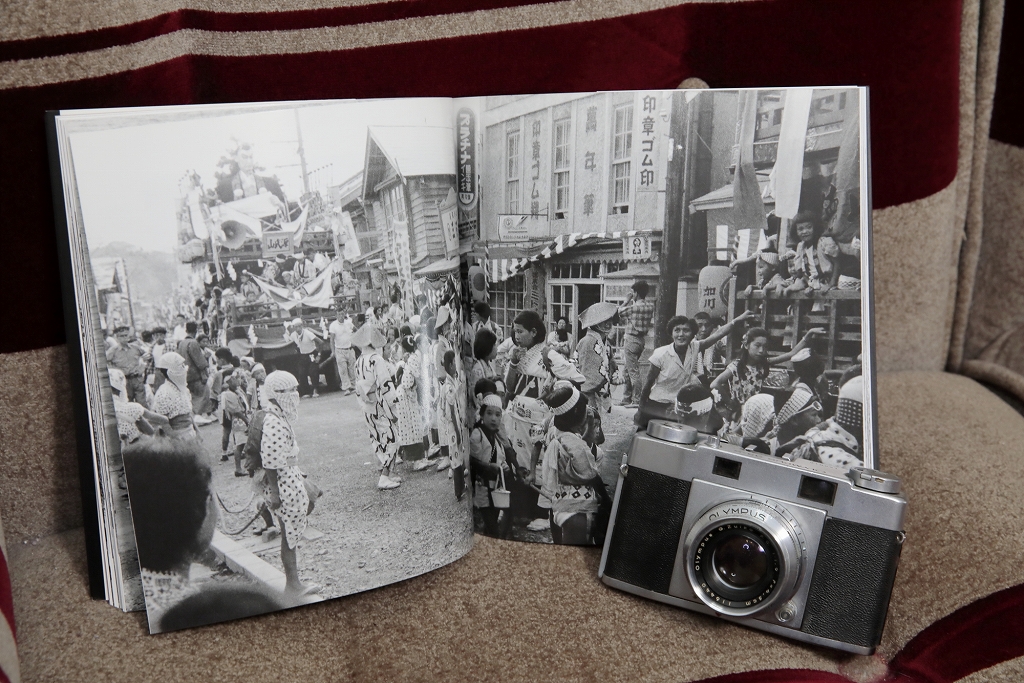 The first camera he ever bought

Why did Matsumura make the town the subject of his photos?
“I wanted to express what kind of town Esashi was at the time,” says Matsumura. He was particularly aware of the wind. “Esashi is always being affected by the wind. The theme was always how I could capture that wind on film.”
In Esashi in winter, strong winds blow from the Sea of Japan. Scenes of roadside barricades to stave off the wind are symbolic, and unique to this area.

In the late 1960s and early ‘70s, the town’s scenery began to change dramatically. The shores on which wholesalers’ and merchants’ buildings stood were reclaimed for the construction of a national highway. “It was such a waste that scenery like that was disappearing. I thought I had to do something to save it.” 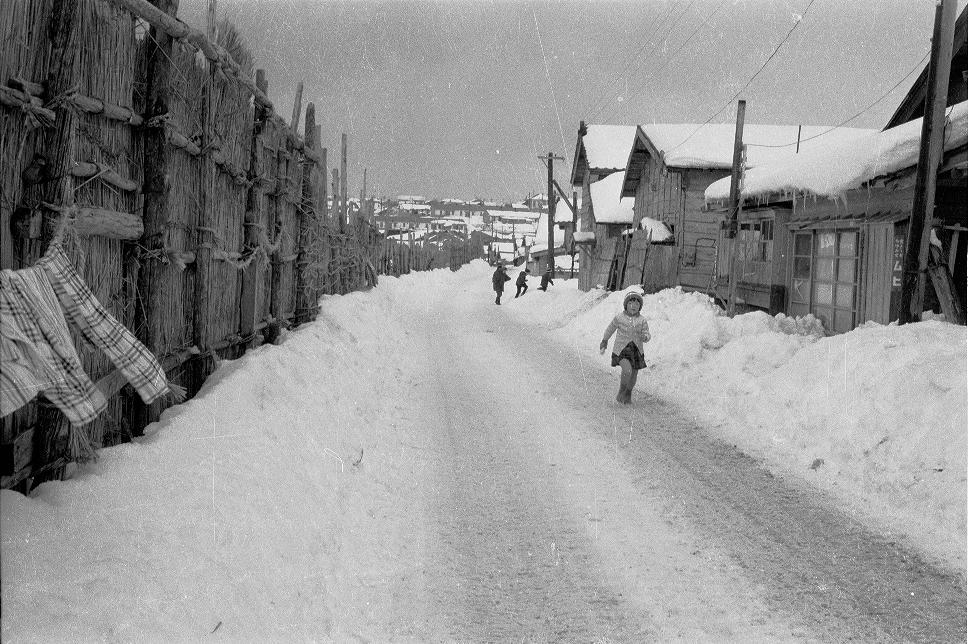 In autumn, barricades are erected in the direction from which the wind blows, in preparation for winter (photo by Matsumura Takashi) 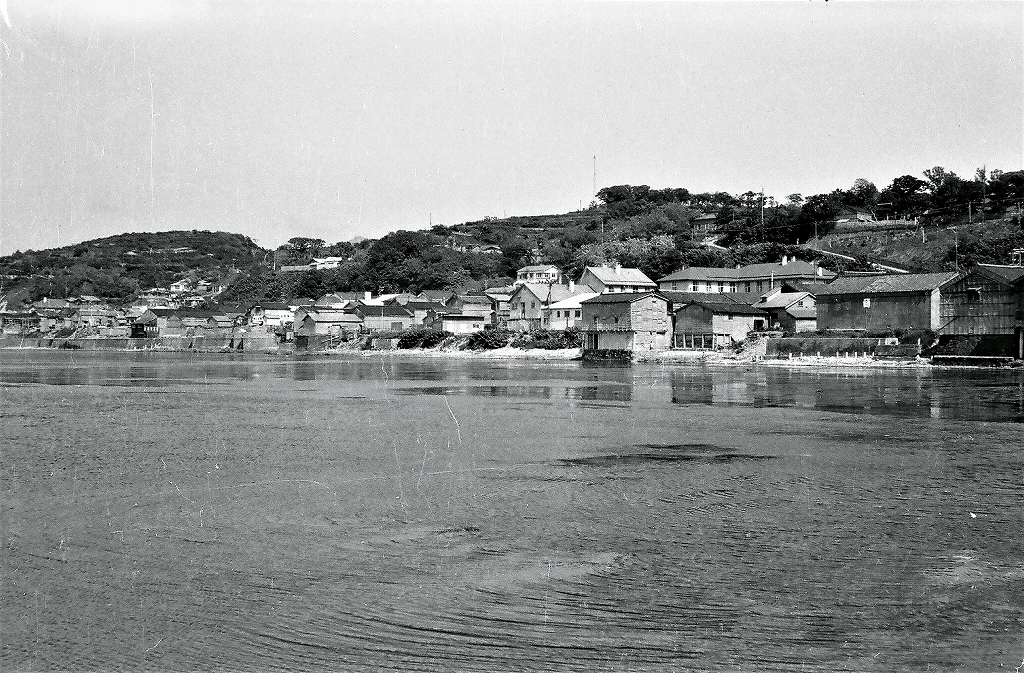 The shore before it was reclaimed (photo by Matsumura Takashi)

Scenes like those captured by Matsumura no longer remain but there are people who want to discover and convey the memories and personality of the town. 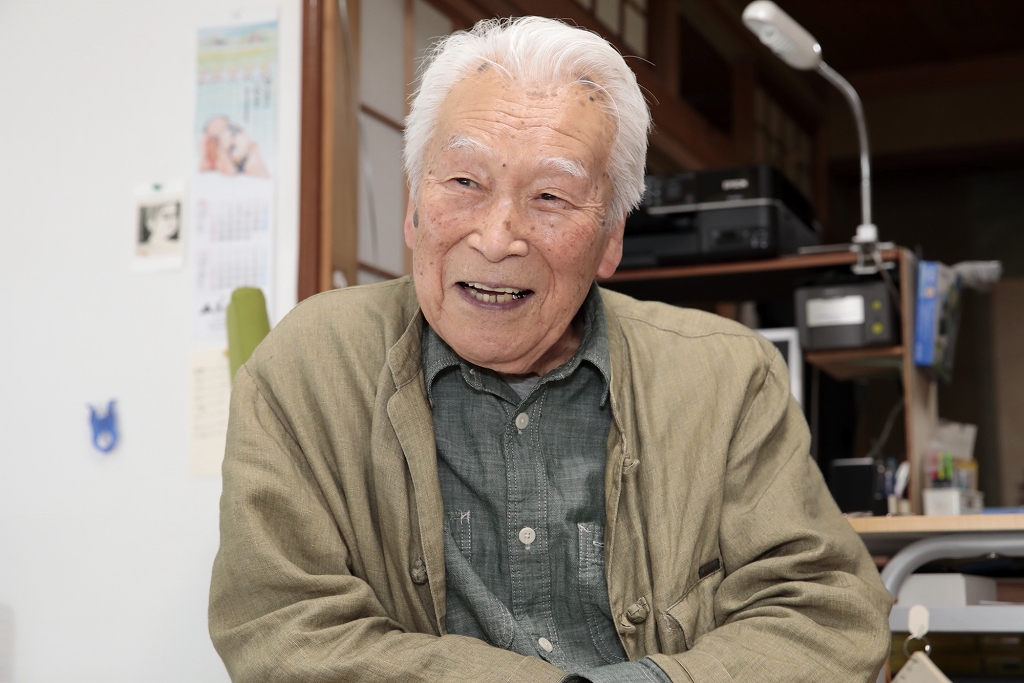