The aims of Otaru University of Commerce 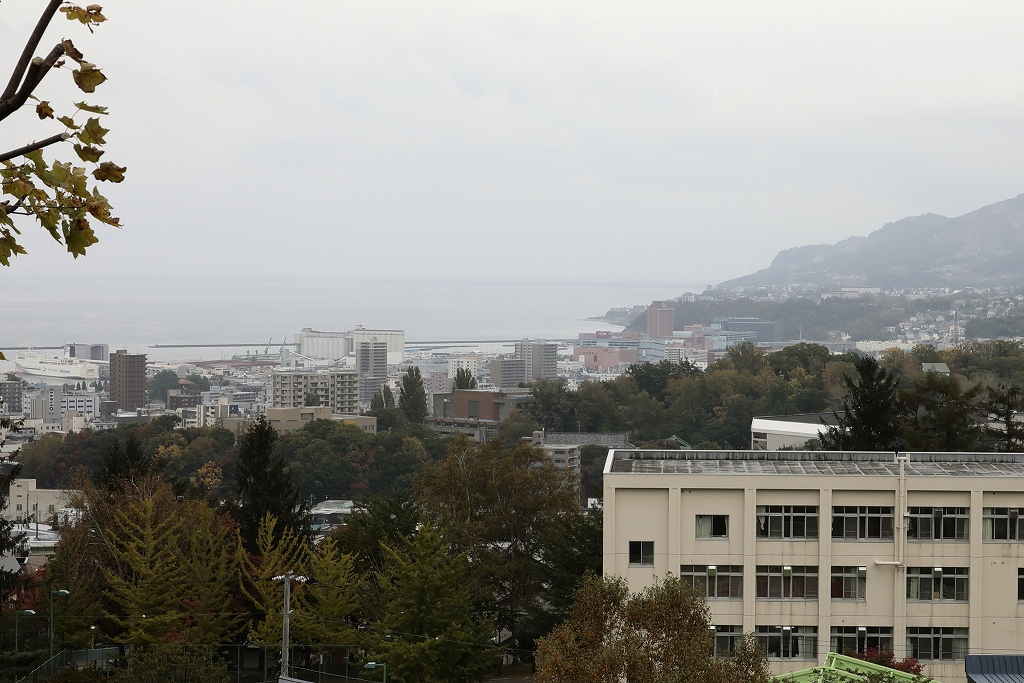 The view of Otaru from the university

We spoke to Professor Takano Hiroyasu, who carries out research that can connect the history and memories of the Shiribeshi region with the present, using “glocal” as the key word.
Words by Aratame Nanae
Photographs by Ito Rumiko
Translation by Xene Inc.

“Glocal” is a term coined from the words global and local. In order to survive amid this ever-competitive world, Otaru University of Commerce placed its trust in the development of glocal human resources. Its aim is to create an active base for the Hokkaido economy by nurturing glocal human resources with international horizons who can think regionally and act locally.

Takano Hiroyasu is active as a scientific researcher in the Research Support Division, which is responsible for business research aimed at activating the Hokkaido economy. His specialty is historical science and modern history but a special feature of his research is that he tackles things that are not usually covered in standard history studies, such as making the most of the region’s culture and history in its community development. The point is regional resources. 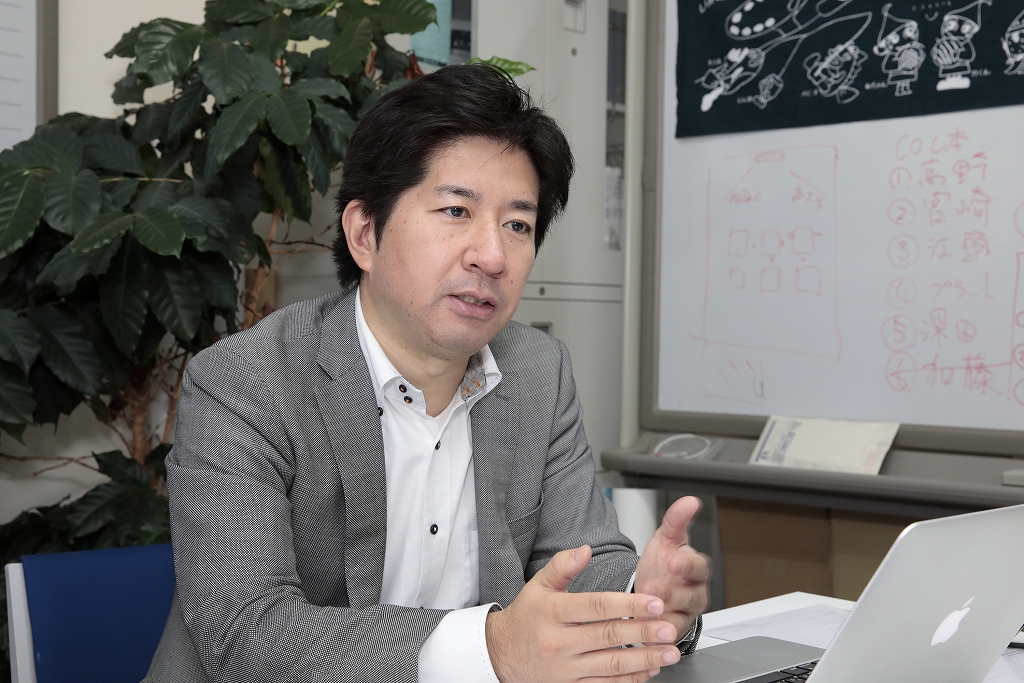 According to Prof. Takano, regional resources is a broad term for characteristics that exist in the region, such as nature, people, objects, events and the like.

“With normal history studies, all you have to do is study the subject but with regional resource theory the subject is the importance of utilizing the resources. In other words, history is connected to tourism and community development.”
These thoughts were organized in 2013, and were the catalyst for the research study he first carried out after moving to Otaru, which was related to the founders of Nikka Whisky, Taketsuru Masataka and his wife Rita.

After receiving the invitation from Yoichi Town, related parties were interviewed, in which episodes about the couple’s lifestyle and their frequent trips to Otaru were unearthed. Cakes were reproduced based on Rita’s recipes, and a Western-style confectioner in Otaru attempted to turn them into commercial products.
A TV drama based on Taketsuru Masataka was broadcast from 2014 and the research became a major topic of conversation. This research study of history and culture became a model case in the way it was connected to regional activation. 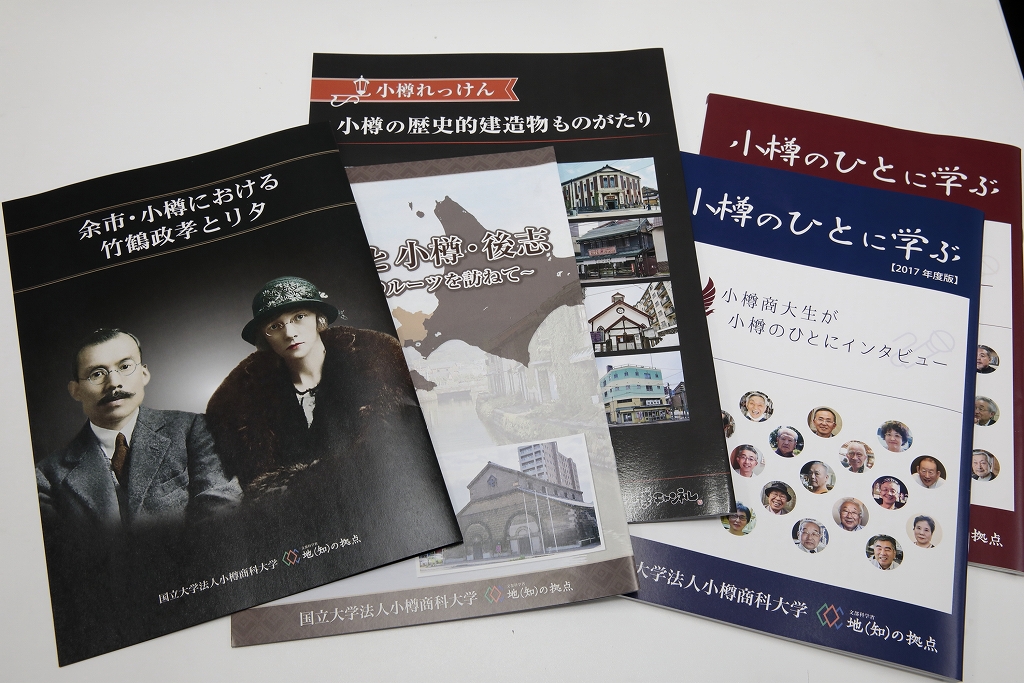 Booklets containing the results of the research

Guided by the Kitamae-bune ships

Prof. Takano researched the relationship between the Kitamae-bune ships and the warehouses, banks and confectionery shops dotted around Otaru. What was revealed was the link between historic role of the Kitamae-bune ships that created the foundation for Otaru’s development, and the Shiribeshi subprefecture that became the port of call.

Takano’s research was further boosted in FY2017, when the story surrounding the Kitamae-bune ships, proposed jointly by 11 communities including Hakodate, was acknowledged as a Japan Heritage.

According to Takano, “the Kitamae-bune ships linked Hokkaido with areas throughout Japan and delivered deep-rooted products to each region. Their existence was created with the help of a glocal viewpoint,” adding, “we want to contribute to the region through a project that makes use of this history.” 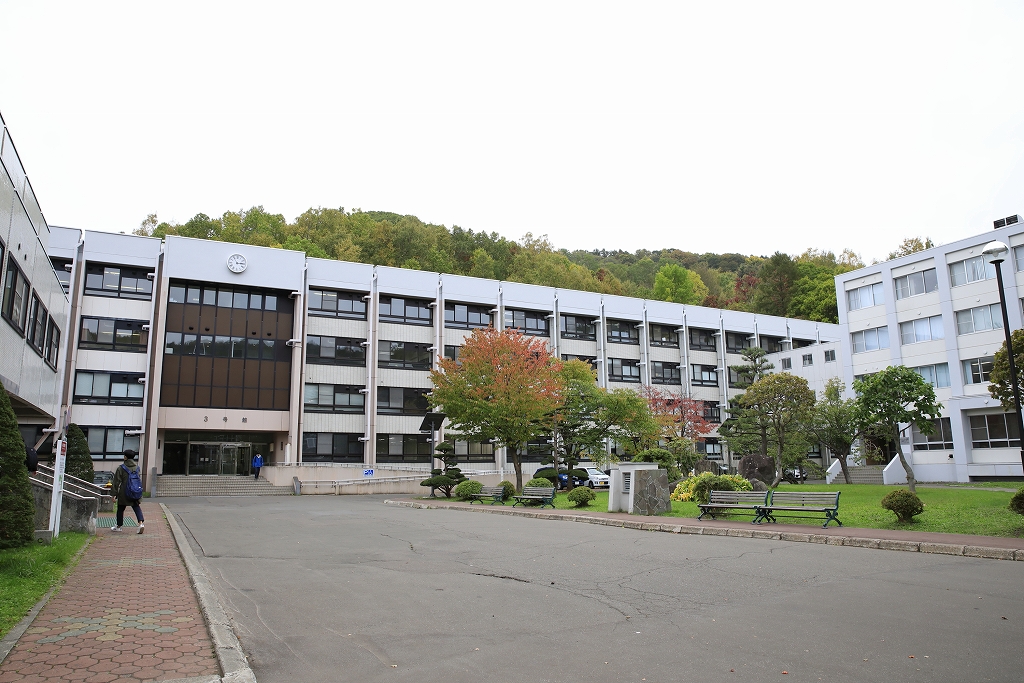