Lighting up the POST-O-KAN light 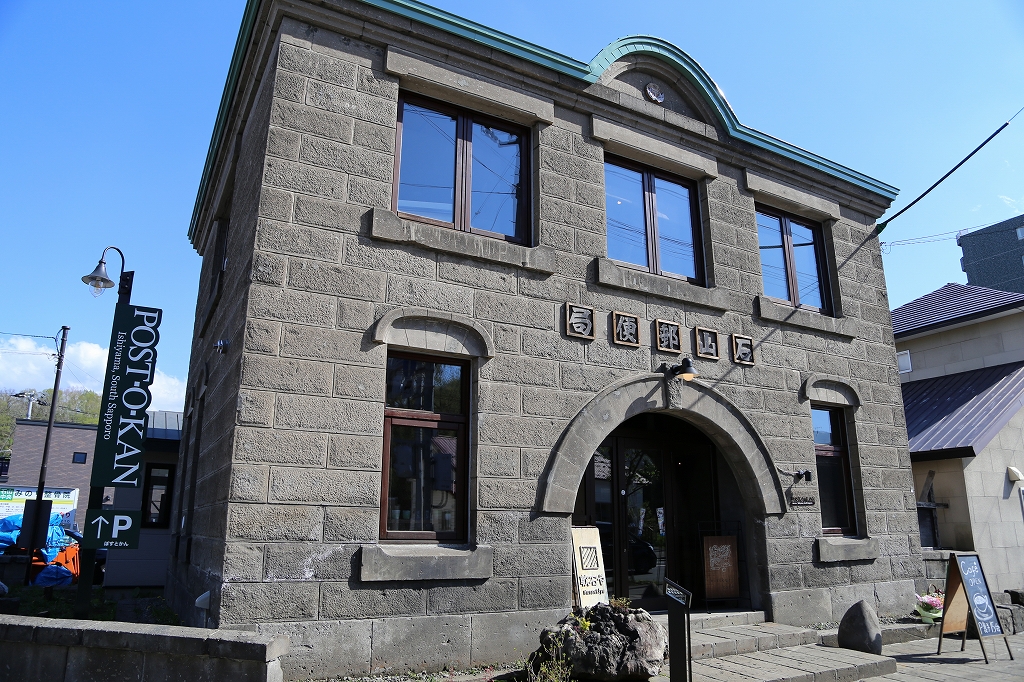 POST-O-KAN, a precious building that remains in Ishiyama in the Minami-ku district, which was a Sapporo nanseki stone-producing region.

A former post office in Ishiyama in the Minami-ku district of Sapporo has been given a new lease of life as a space for interaction. It’s called POST-O-KAN. This space, built with locally quarried Sapporo nanseki (soft stone), speaks of the history of the land.
Words by Aratame Nanae
Photographs by Ida Yukitaka
Translation by Xene Inc.

On April 27th, POST-O-KAN was reopened after being renewed. The funds were raised via crowd funding. We spoke to the project’s originator, Yoshimura Takuya.

As a resident of the region

Yoshimura first knew about POST-O-KAN about ten years ago. At the time, he was a university faculty member involved in regional activities in Minami-ku with his students. He was only aware of POST-O-KAN as “an old post office built with Sapporo nanseki”. 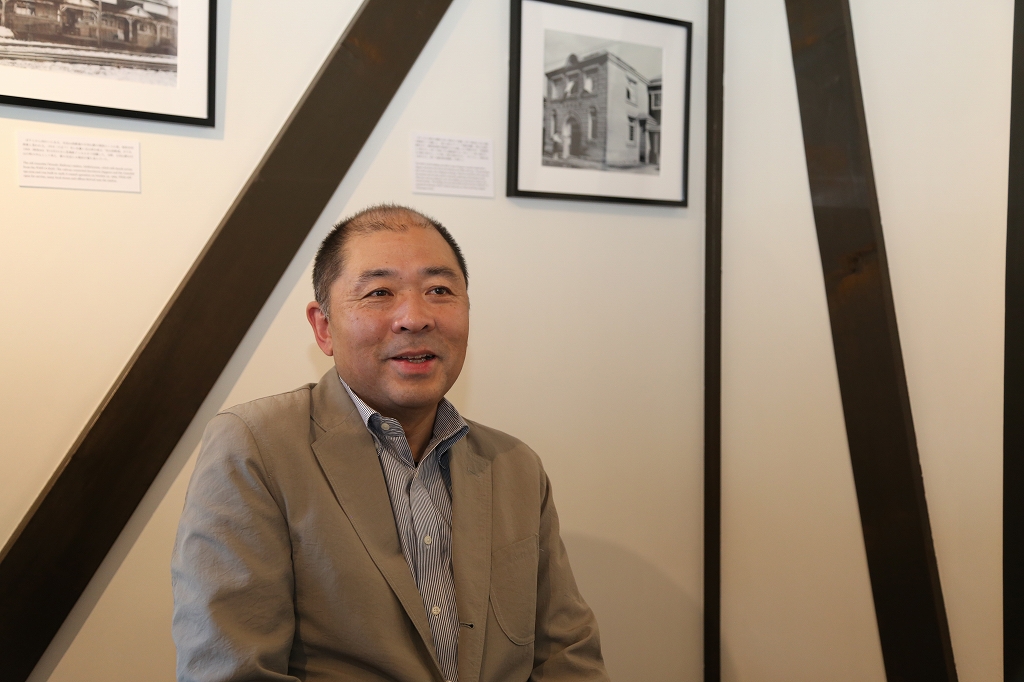 In 2017, after returning to Hokkaido from overseas for the first time in 2 years, Yoshimura got to know the owner of POST-O-KAN, Iwamoto Norikazu, who personally funded the building’s maintenance costs.
He wondered if there was anything he could do as a resident of the region, which led to the start-up of the POST-O-KAN Renaissance Project undertaken with likeminded people. 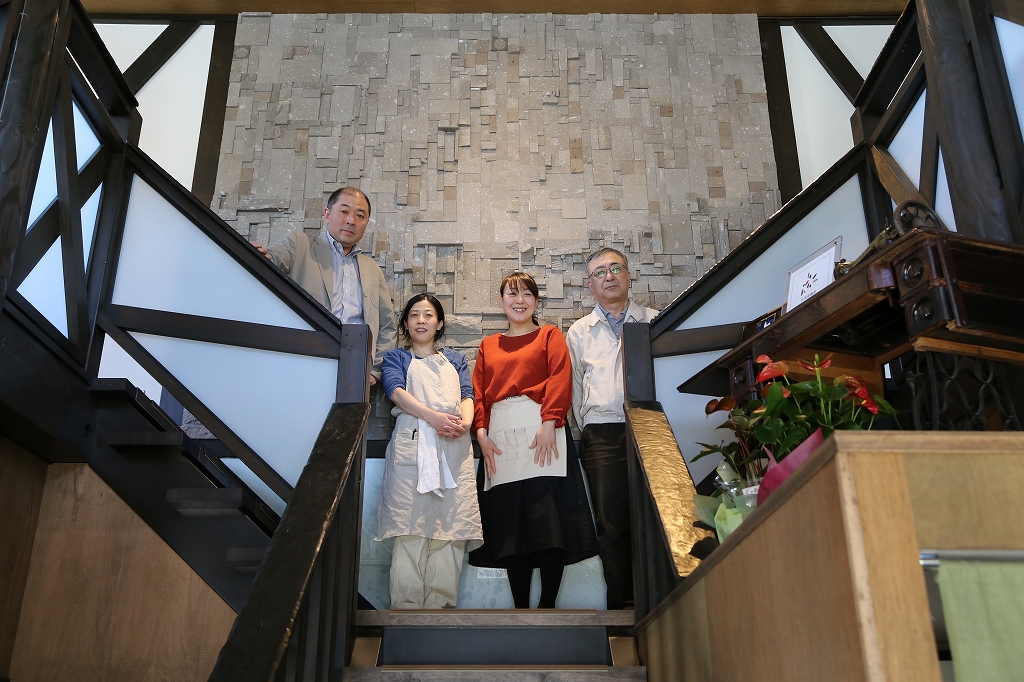 The project’s main contents are the repair and maintenance of the building, the sale of nanseki goods and the establishment of a café. A structure to which people are attracted was created, enabling rent to cover the maintenance fees. Of the necessary funds, 3 million yen was raised through crowd funding.
According to Yoshimura, “We reached the target with the help of local support. We realized its existence was important to the region and the sense of responsibility increased.”

The unifying power of Sapporo nanseki

Upon entering the building, the first thing that catches the eye is the wall of the stair landing, which is decorated with Sapporo nanseki, inscribed with the names of the participants that gathered via Facebook. 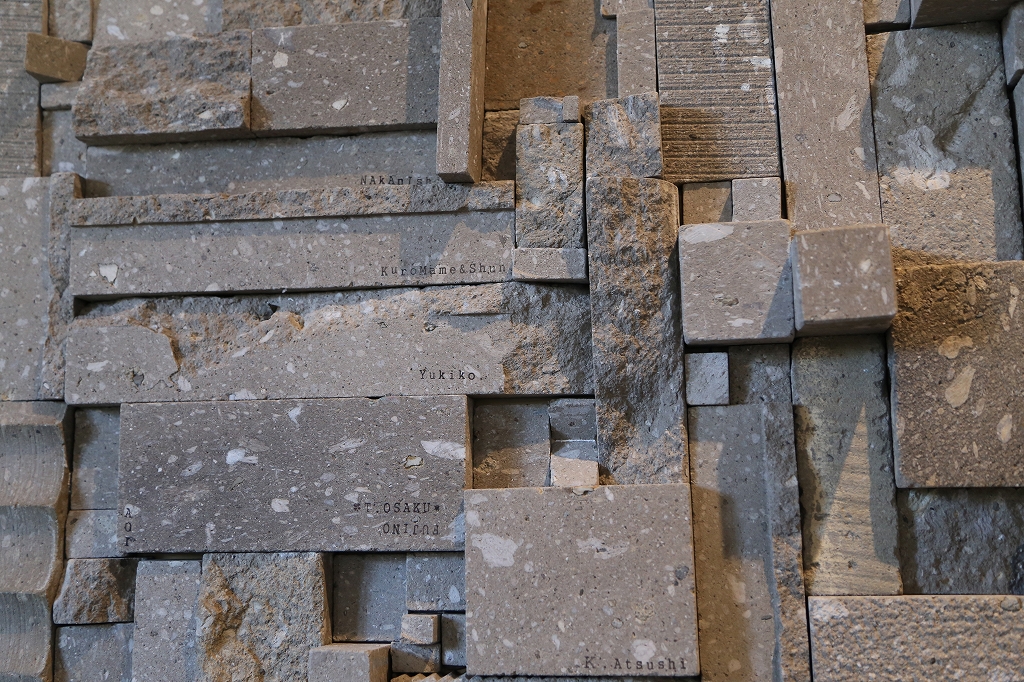 The wall onto which nanseki remnants have been placed

Obara Megumi of Nansekiya, which sells soft-stone goods on the 1st floor, speaks of “a project to inform people of the original use of Sapporo nanseki as a building material. A writer and resident of Ishiyama, who produces and sells miscellaneous goods made from Sapporo nanseki, Obara is one of the people with a strong interest in POST-O-KAN. “I want to create a mechanism in which the building will still be here in 100 years time.” 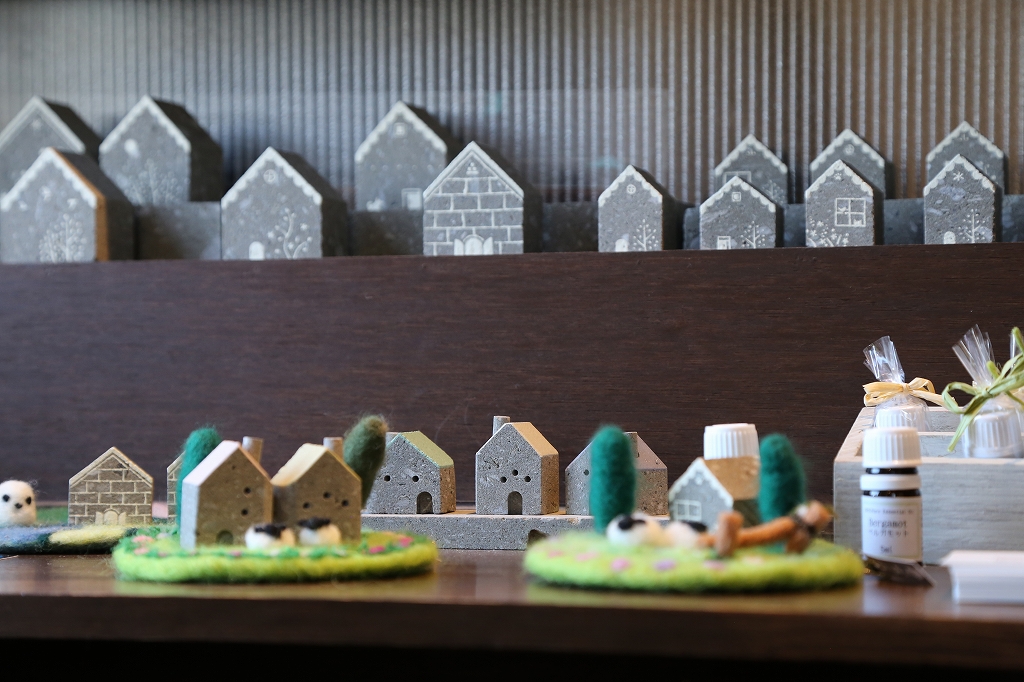 Miscellaneous goods made with Sapporo nanseki 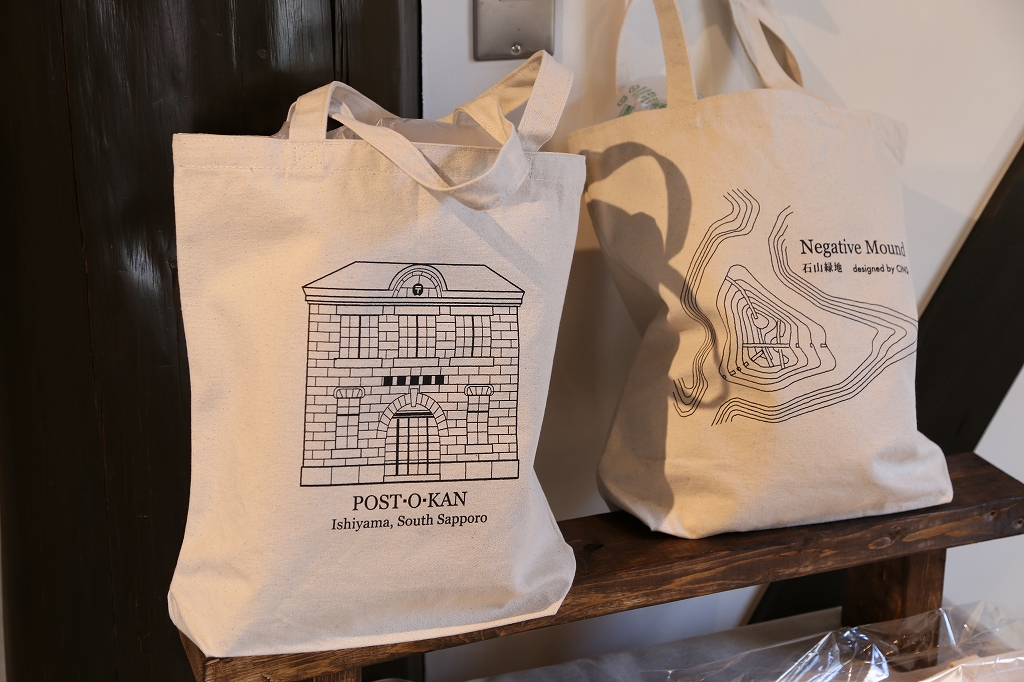 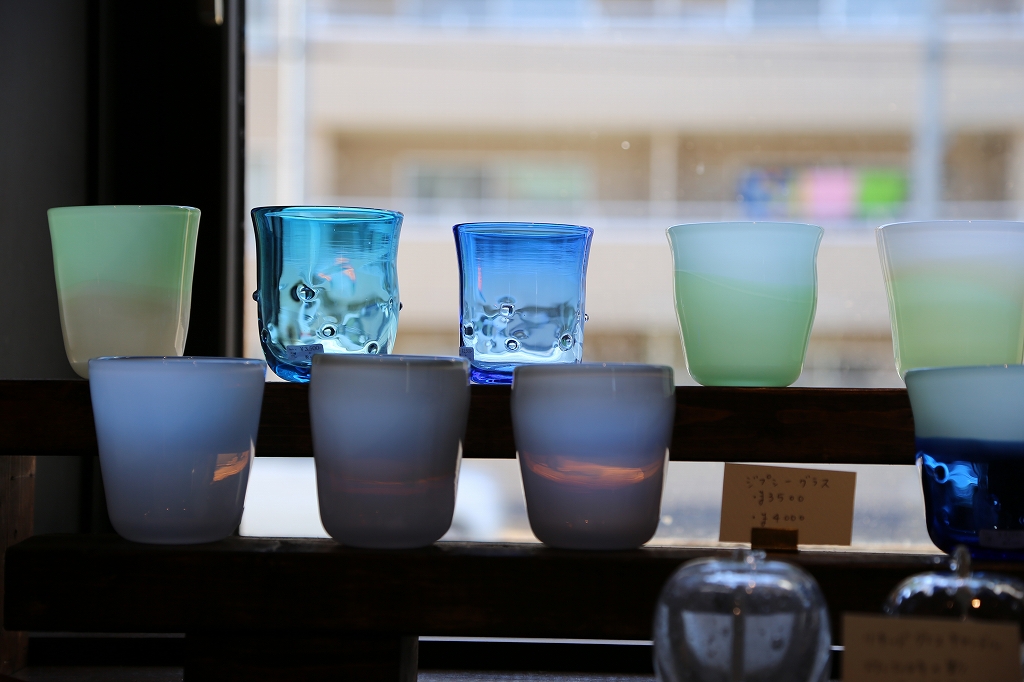 The café is on the right-hand-side of the entrance. The proprietor, Ueta Aki opened a café nearby, five years ago, but moved here after accepting an offer from the project. 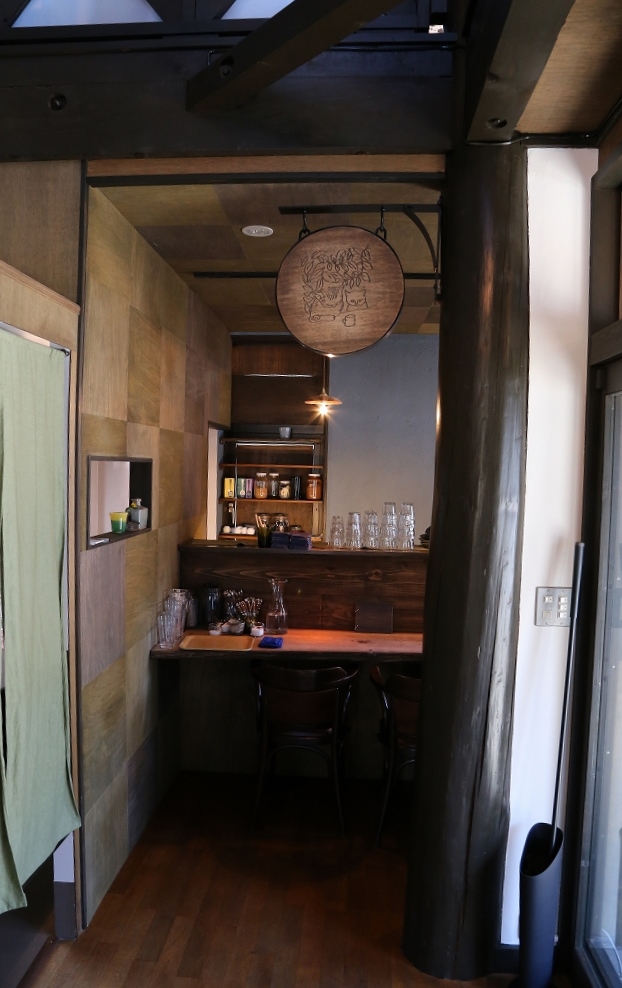 Ueta felt that she could create a new direction for the café, with concerts, a gallery and the like.

According to POST-O-KAN’s owner, Iwamoto, there had previously been requests from eateries and cafes to rent the space, which were all refused, but says he “thought this project may be able to attract people.” The roots of this may lie in the power of Sapporo nanseki. Then, last year, Sapporo nanseki was designated as a Hokkaido Heritage. On the 2nd floor of POST-O-KAN hangs a photograph of the old Iwamoto residence. 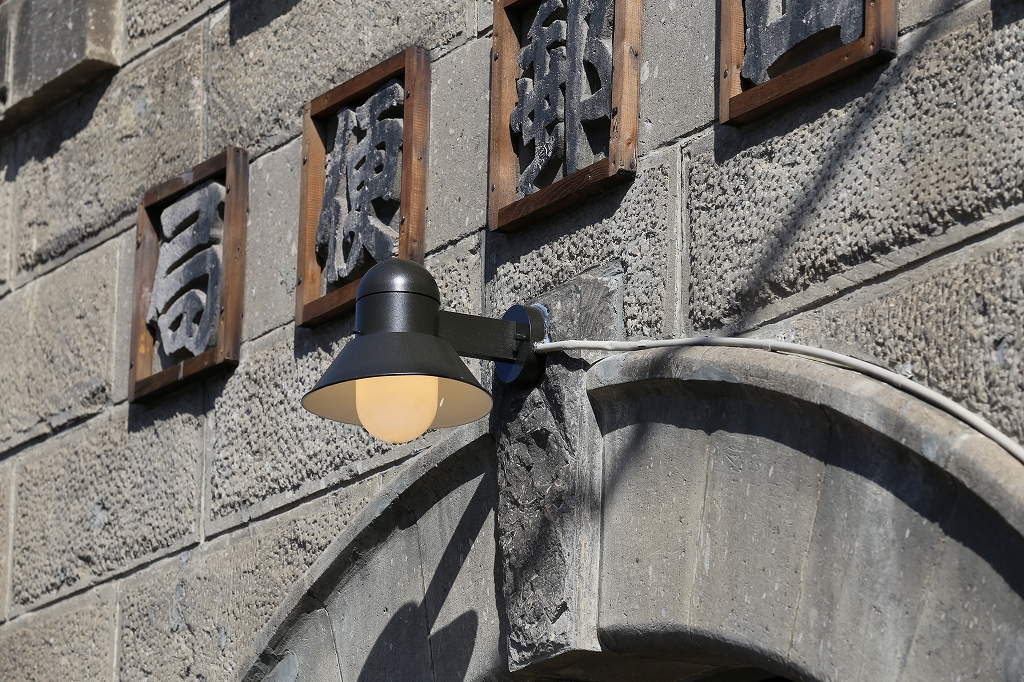 Sapporo nanseki is a stone that formed when pyroclastic flows cooled after a volcanic eruption approximately 40,000 years ago. It is easily processed and highly resistant to fire and cold, and was widely used on structures in Sapporo from the beginning of the Meiji era (late 1800s). 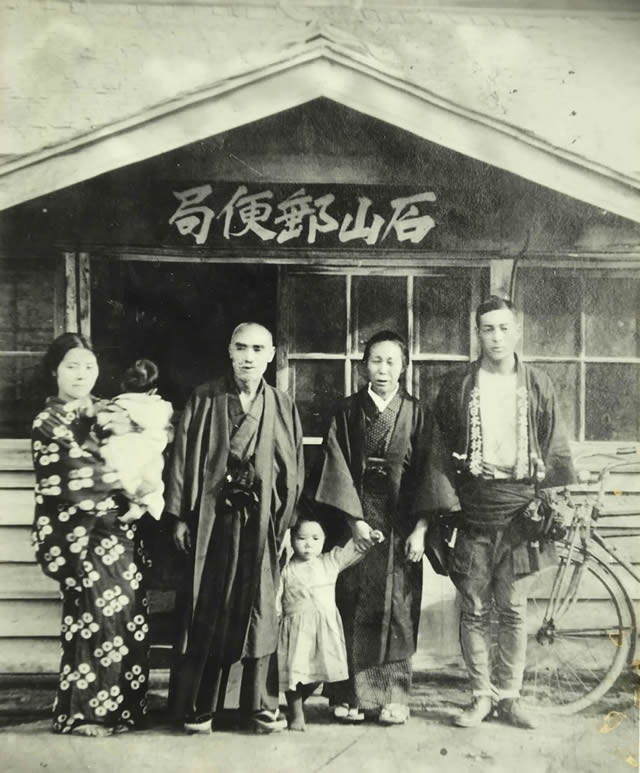 The postmaster Iwamoto, his wife and eldest son, in front of the previous Ishiyama Post Office before it was built from Sapporo nanseki, circa 1923. (Courtesy of "POST-O-KAN" Renaissance Project）

Minami-ku as a resort

The aim of the project is to make Minami-ku an “everyday resort for the people of Sapporo”, with POST-O-KAN as the hub.
Minami-ku has much greenery and even a hot spring, as well as fruit orchards, a winery and a host of activities such as horse-riding and the like. A former quarry has also been turned into an art park known as Ishiyama Green Space, and a sightseeing route with Sapporo nanseki as its focal point is also being developed. Such information is conveyed from POST-O-KAN in a bid to increase the appeal of and pride in the Minami-ku district of Sapporo.

Finally, we asked Yoshimura what he would want POST-O-KAN to be if it were a public plaza, to which he replied, “a place where, if you go, you discover something or meet someone”.