Cinema! In the city 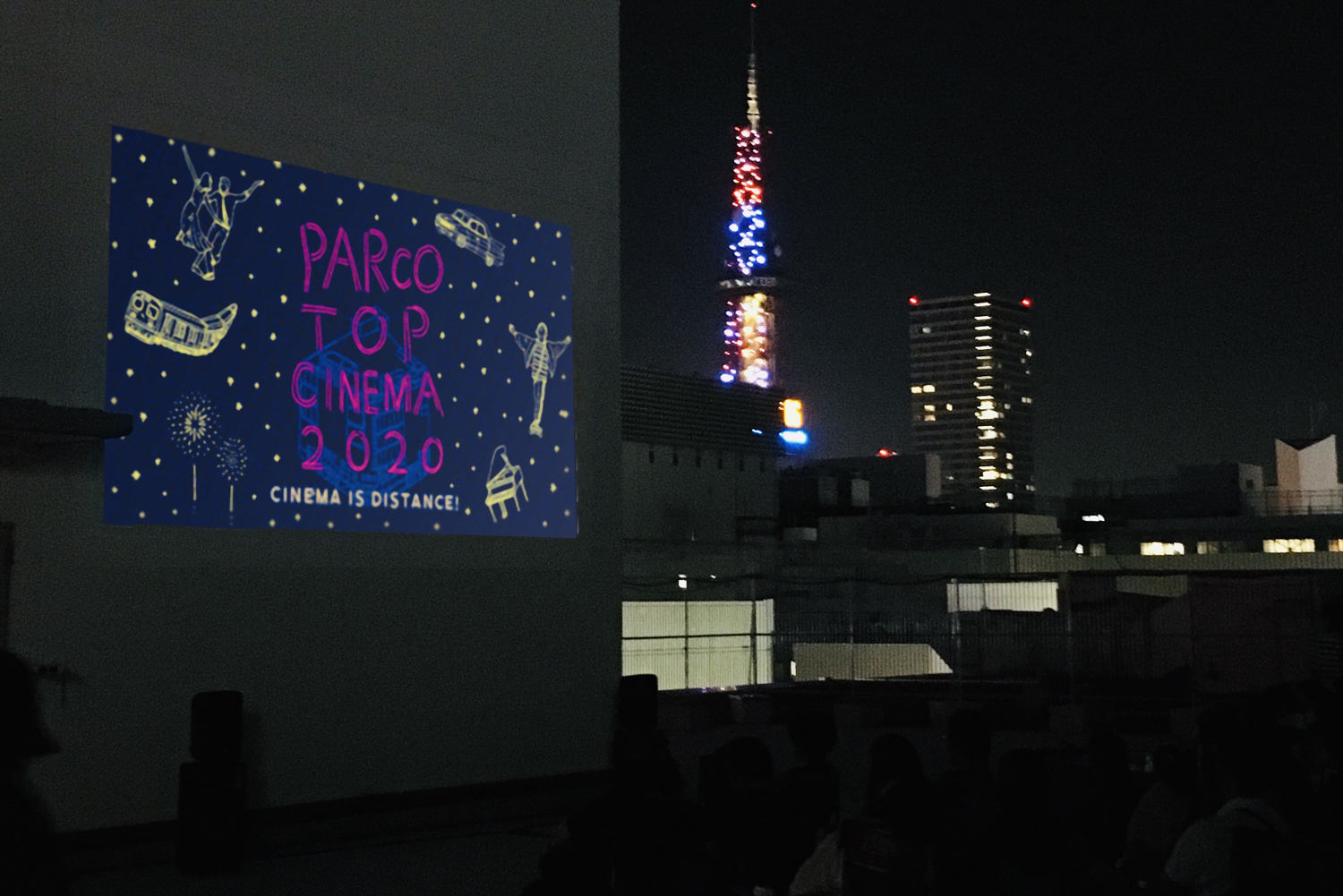 An event that took place on the rooftop of a commercial building in Sapporo in the summer of 2020. The style in which cinema can be enjoyed outdoors while maintaining a safe distance during the coronavirus pandemic, attracted much attention. (Reproduced from ‘Kinomado’ Facebook)

Taguchi was born in Tomakomai, Hokkaido. After graduating from high school, he went on to study at a university in Muroran. When he was a student, he didn’t watch that many movies. However, he then experienced the mini-theater boom in Tokyo, after moving there to work. He was surprised by the variety of films and by the environment in which he could watch hitherto unknown movies from countries around the world, on screen. He was impressed by the countless movies he enjoyed at the weekends.
Twenty-six-year-old Taguchi returned to Hokkaido when he changed jobs. He resigned himself to the fact that he would not be able to watch as many of the kinds of movies that he liked, but the ones he wanted to watch were screened at ‘Theater Kino’. 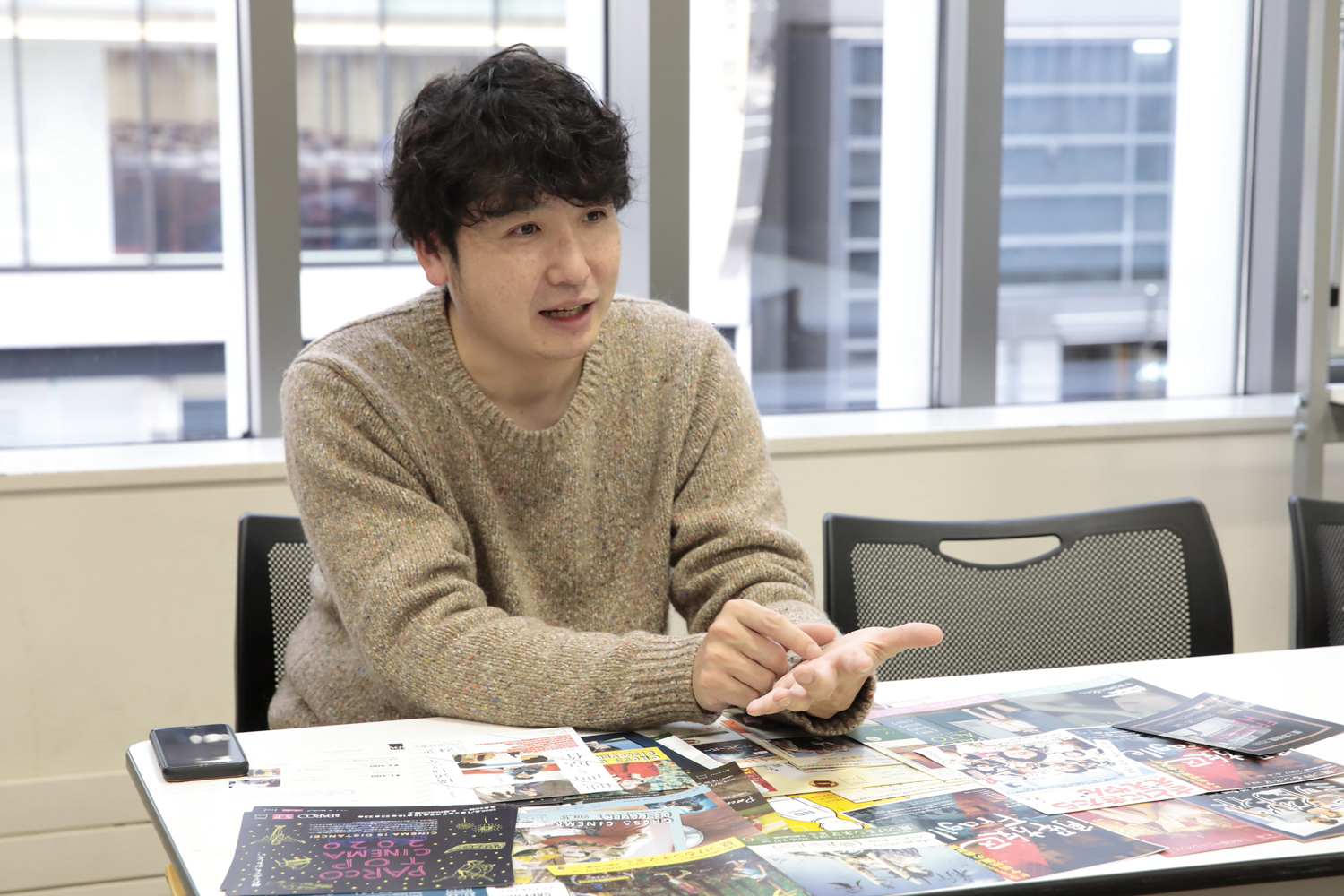 Even now, Taguchi continues to volunteer at Theater Kino

Theater Kino is an NPO-type civic cinema funded by public investment. Taguchi soon became a volunteer and helped out with reception duties. He also participated in lectures and seminars presided over by the theater’s representative Nakajima Yo, and while interacting with directors and learning about the appeal of movies, Taguchi’s feelings that “regional mini-theaters are awesome” deepened. He subsequently worked for about two years at a cinema outside Hokkaido. He again returned to Hokkaido as a company employee, and again returned to volunteer at Theater Kino from around 2013.
The non-profit independent screening group ‘Kinomado’ was established in 2014. “I wanted to do something in Sapporo and reached out to people I got to know as a Theater Kino volunteer. From my own experience, I wanted to convey to people who are not familiar with cinema that there are all kinds of interesting movies out there,” says Taguchi. The venue he chose was the Sapporo Clock Tower, a famous Hokkaido tourist spot. The film that was screened was the French masterpiece Zazie dans le métro. 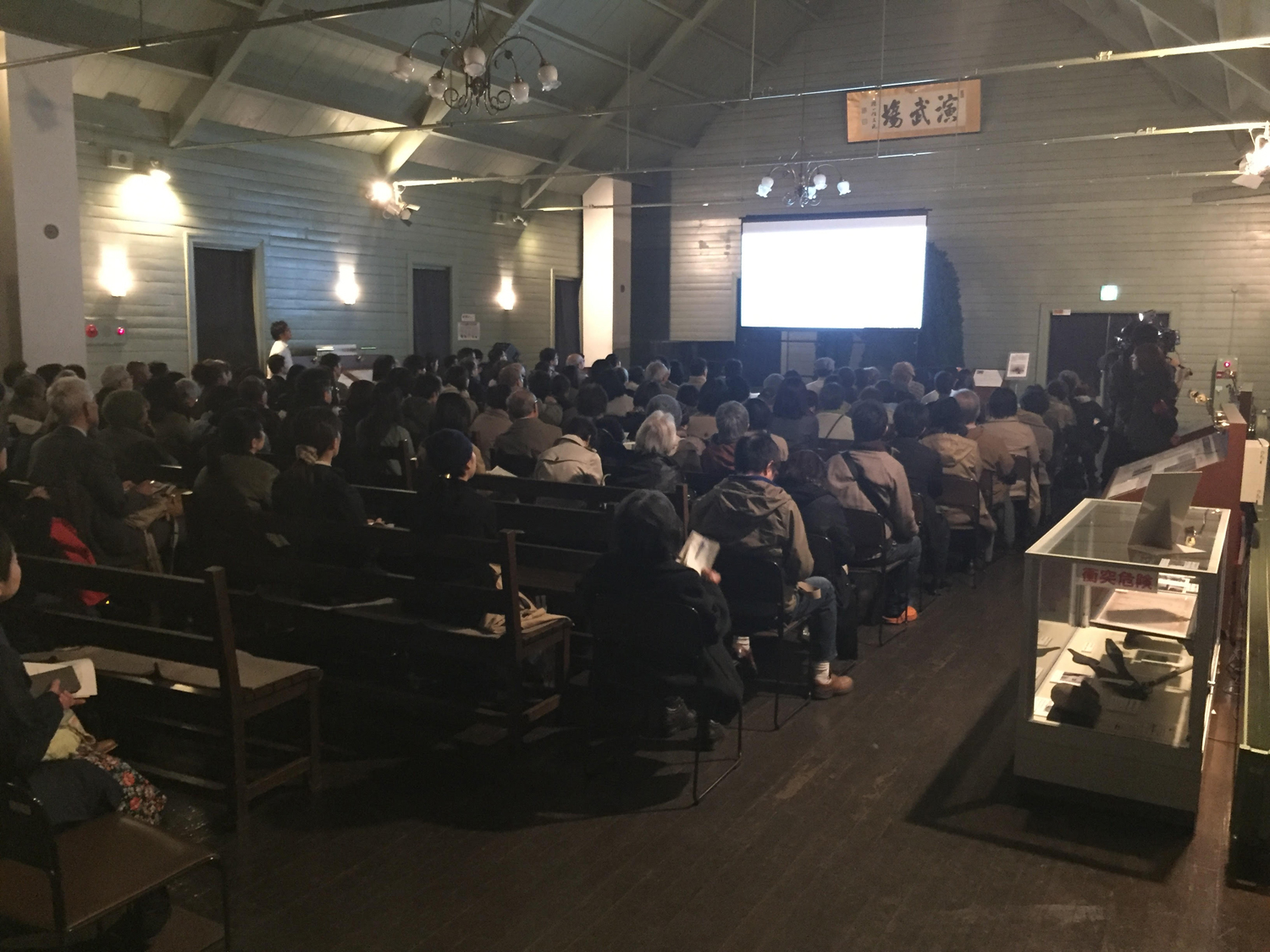 The rooftop of a building was a turning point

Taguchi wanted to create a place where anyone can casually come into contact with the diversity and worldwide expanse of movies. Kinomado began from this hope and, after the ‘Clock Tower Cinema’ project, it developed a series of projects, including ‘Social Studies Cinema’, which introduced serious works at Hammock Café, and ‘Discover Cinema’, which screened movies not screened at Sapporo theaters, in the former Sapporo Court of Appeals. One of the aims of holding events in historical structures and cafés was to lower the thresholds as a cinema event, but “there is also the merit of being able to reduce venue costs compared with places with screening equipment. In order to be able to continue the activities for a long time, we thought of an arrangement that would not make a loss.” The turning point was the ‘Rooftop Cinema’, which was first held in July 2016 and used the rooftop of a building in central Sapporo as the venue. 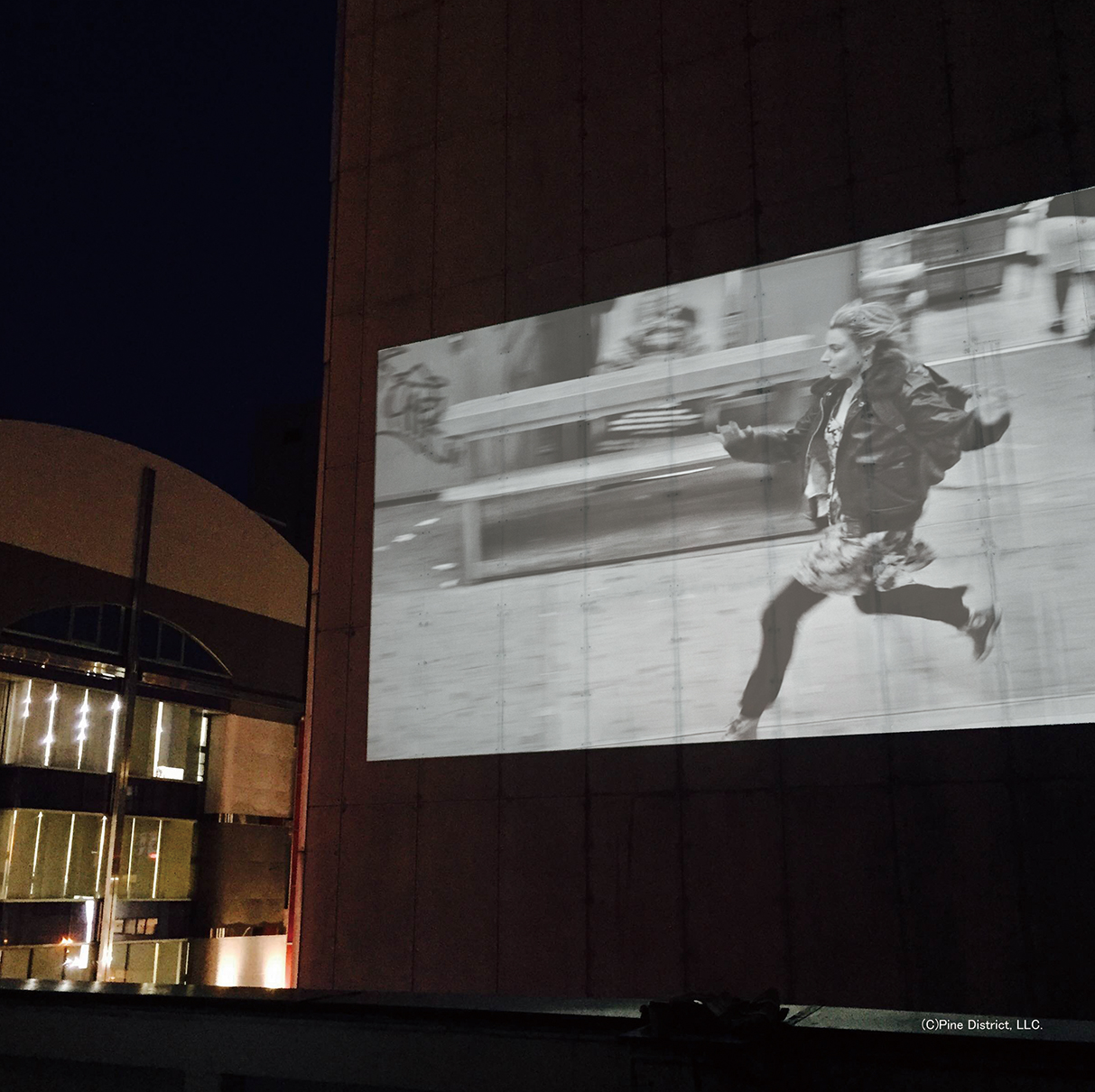 A collaboration project with the commercial building that knew about this event began in 2019. From 2018, screening events started in hotel bar venues. 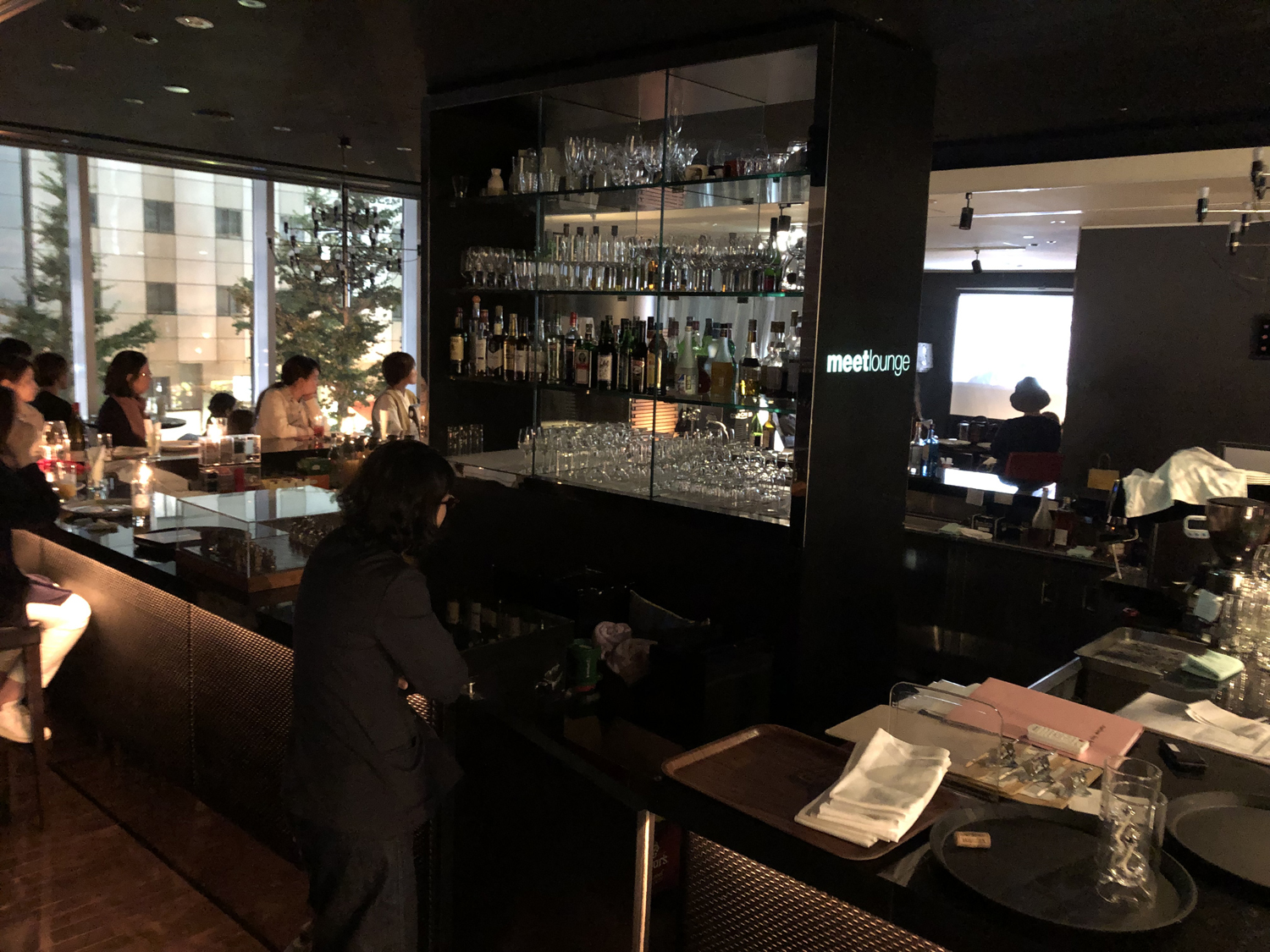 In the ‘CROSS CINEMA DISCOVERY’ series held at the Cross Hotel Sapporo, food that appeared in the movies was created by the hotel chef and enjoyed by viewers as they watched the movies. (Reproduced from ‘Kinomado’ Facebook)

In 2020, for Taguchi there was a big encounter – the ‘Tomorrow’s Theater’ screening project. This is an entertainment model that is possible even amid the coronavirus pandemic – an experiment of voluntary citizens who set-up drive-in theaters at 6 locations in Hokkaido. Members comprised 9 people with different occupations active in a variety of fields, and Taguchi was responsible for selecting films and preparing equipment.

It’s possible to watch famous films from former years and new, independent films now and via your home computer. Even so, Taguchi firmly believes “the significance of independent screening remains unchanged”. He wants as many people as possible to experience the surprise and excitement of discovering new and interesting films.

Theater Kino’s Nakajima is very supportive. “We first started independent screening and began the mini theater as a result of thinking about what was lacking in Sapporo. He’s also found a method he likes, and acquiring new methods is interesting. I think it’s good for Sapporo’s culture. I also want him to create a place where the next generation can be nurtured. If he does that, there is potential for new methods to be born.”
Whatever the era, it’s the thoughts of the people who pass on these things that support the richness of life. From the water veins continuously created by Theater Kino and many other, spring mem such as Kinomado.