Bringing More Laughter To Kushiro: Kusuro Changing The Way We Look At Kushiro 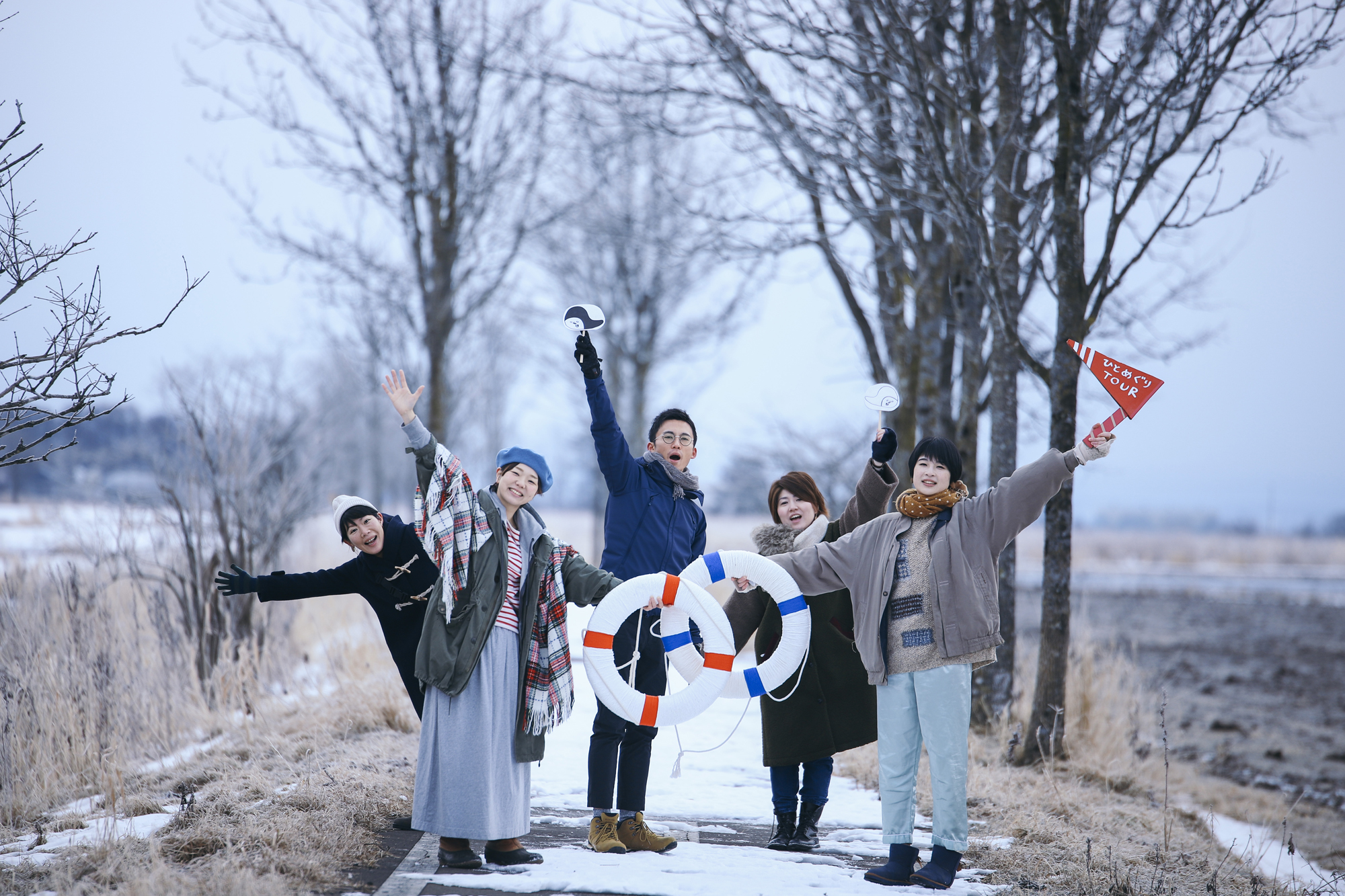 Kusuro's motto is "joking around in a serious manner". Let's take a look at who these people are, as they tackle Kushiro's problems with a unique perspective.

Kusuro, a citizens' group based in Kushiro, was formed based on the desire to take the sense of insufficiency and frustration that people feel about the city they were born and raised in, and transform it into one of the charm points of the city through humor. Its name is a play on Kushiro. It combines the Japanese kusutto waraeru which means to giggle with the town name Kushiro and provides a depiction of the city which becomes apparent when viewing Kushiro in a humorous light.
"I wanted to change the impression of Kushiro as a foggy, dimly lit, deserted and shuttered down town with nothing much going on in its center.”
These words are from founding member Nazuka Chihiro, who started Kusuro in 2013 with her former high school classmate Natsubori Megumi, who had moved backed to Kushiro from Sapporo. Kusuro became active in Kushiro in 2014. "We wanted to do something in Kushiro that we were interested in, which is different from conventional activities such as community development and regional revitalization," said Nazuka. 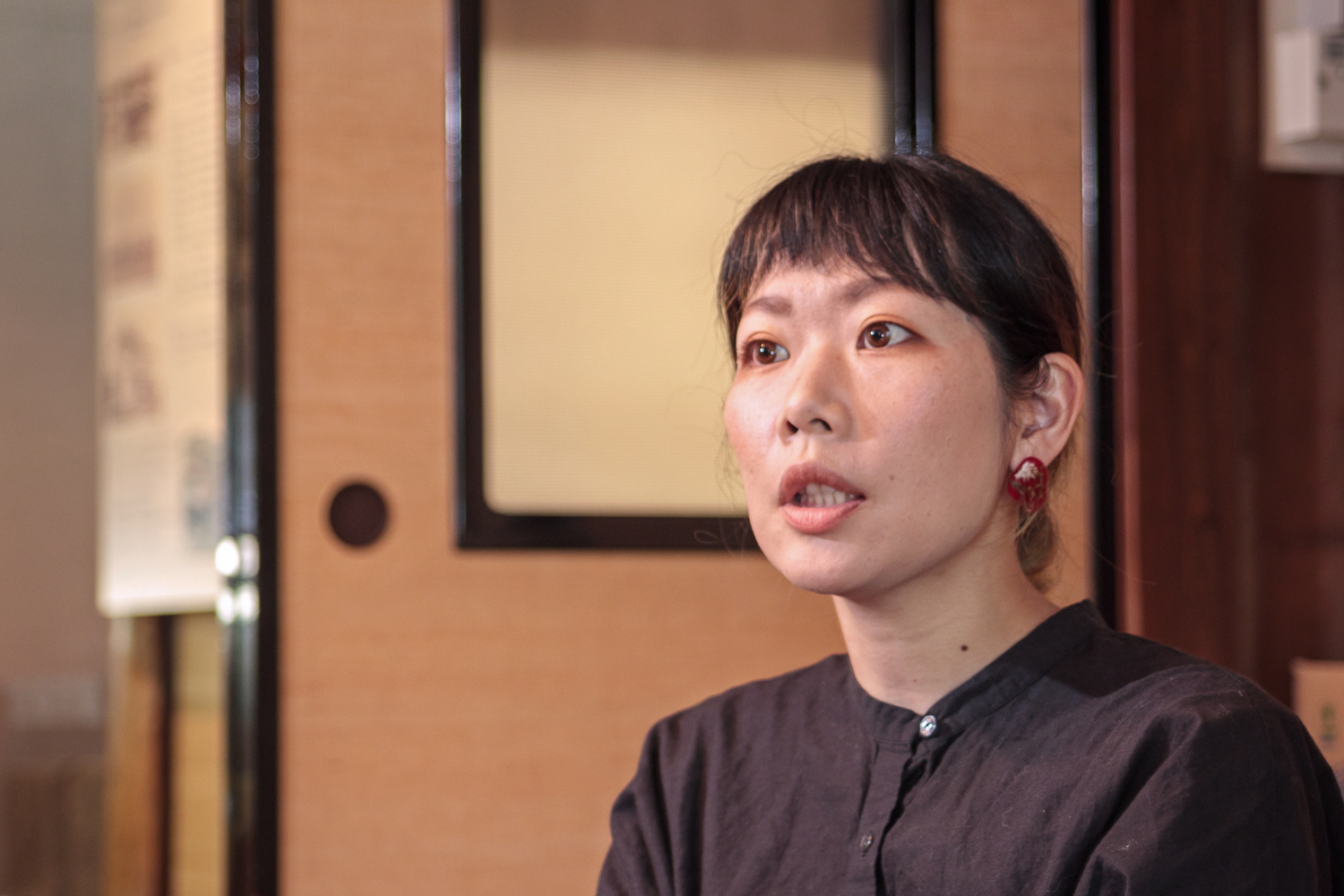 Nazuka Chihiro is a founding member of Kusuro. She works as a designer.

Nazuka realized the fascination of Kushiro only after leaving. Kushiro has a unique culture and sense of style.
"Until a few years ago, there was a big sign for a shopping center called 946 (9 is Ku, 4 is Shi, and 6 is Ro in Japanese) on the station building. I used to think it was embarrassing to have the sense to call it 946 (laughs). But, after thinking about it again, I felt it might be interesting, so I decided to make a key chain based on the sign. We also selected other items that we thought were unique to Kushiro, and raised money for their production through crowdfunding as the Kusuro Joke Keychain Project. We reached our goal in 46 hours." 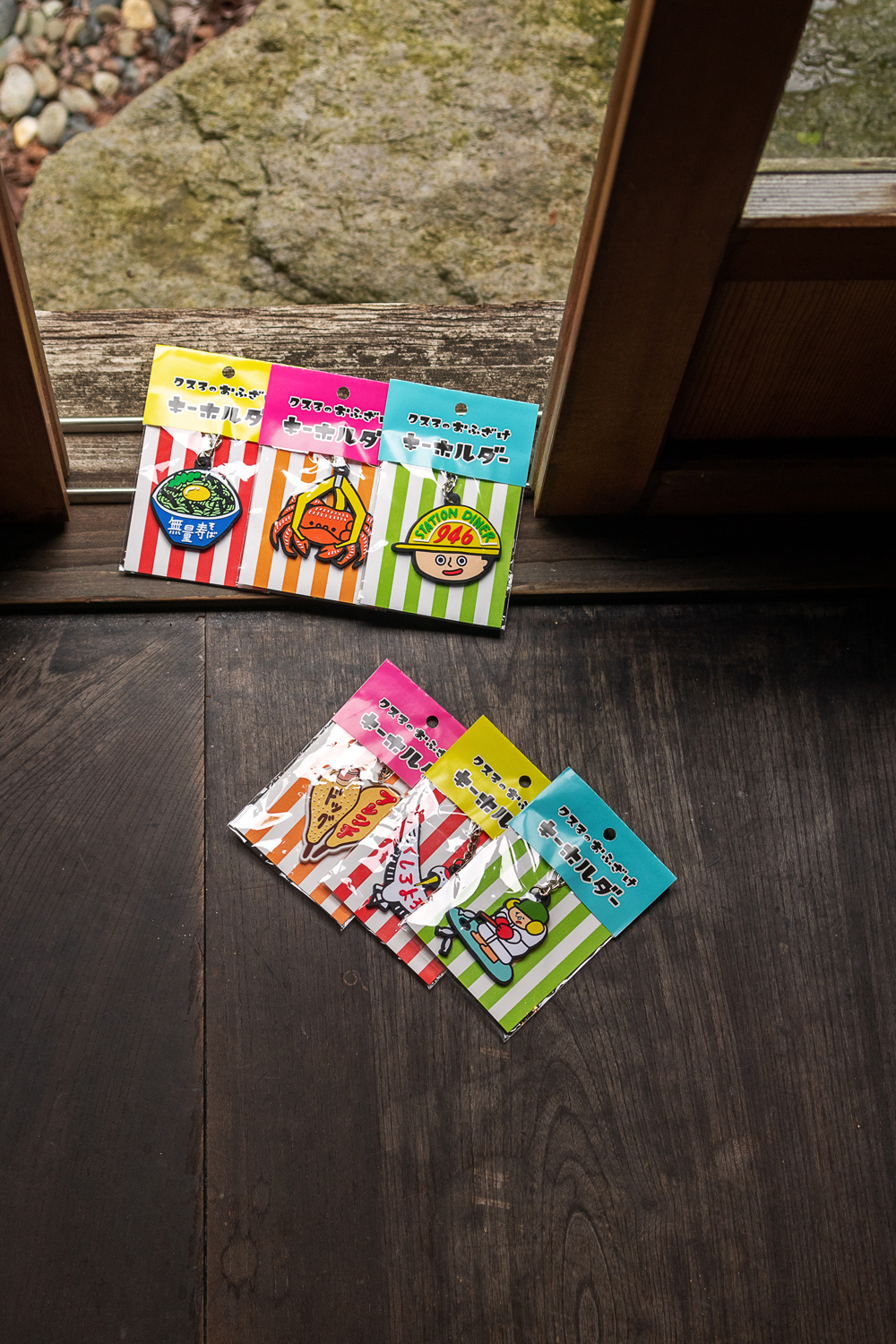 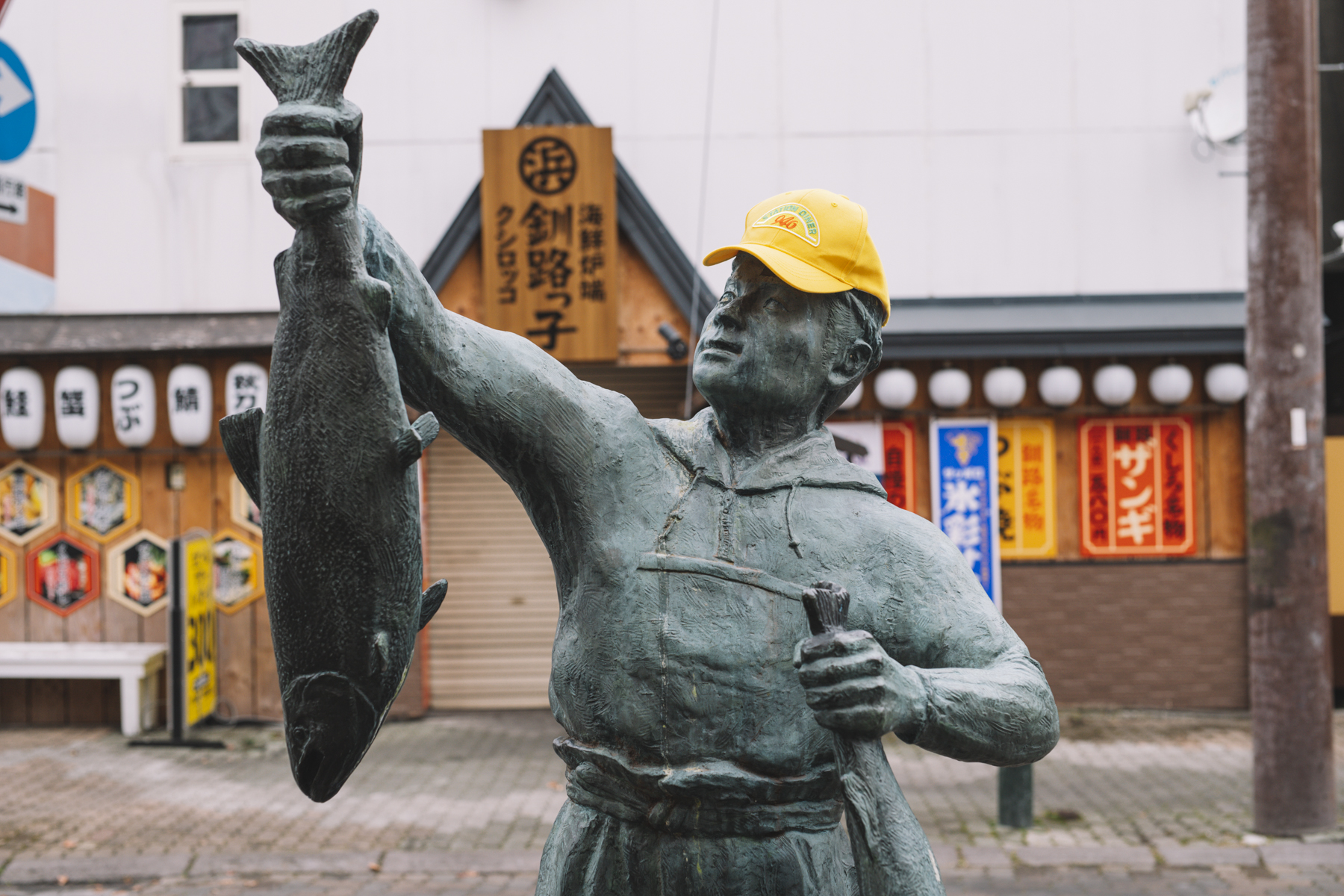 The word "joke" may sound negative, but it is Kusuro's policy to make jokes with respect.
"I want to find the fun in things that have never been looked at before, and reform Kushiro."

Sudo Kashiko, who joined in 2015, had mixed feelings about Kushiro. She became a member of Kusuro after learning about the group's activities. She had moved away from Kushiro for higher education, but after thinking about it, she returned. She says, "I don't want to live in Kushiro because it's my hometown. I want to make Kushiro a place I choose to live. Ideally, I want more people to be satisfied with their lives in Kushiro." 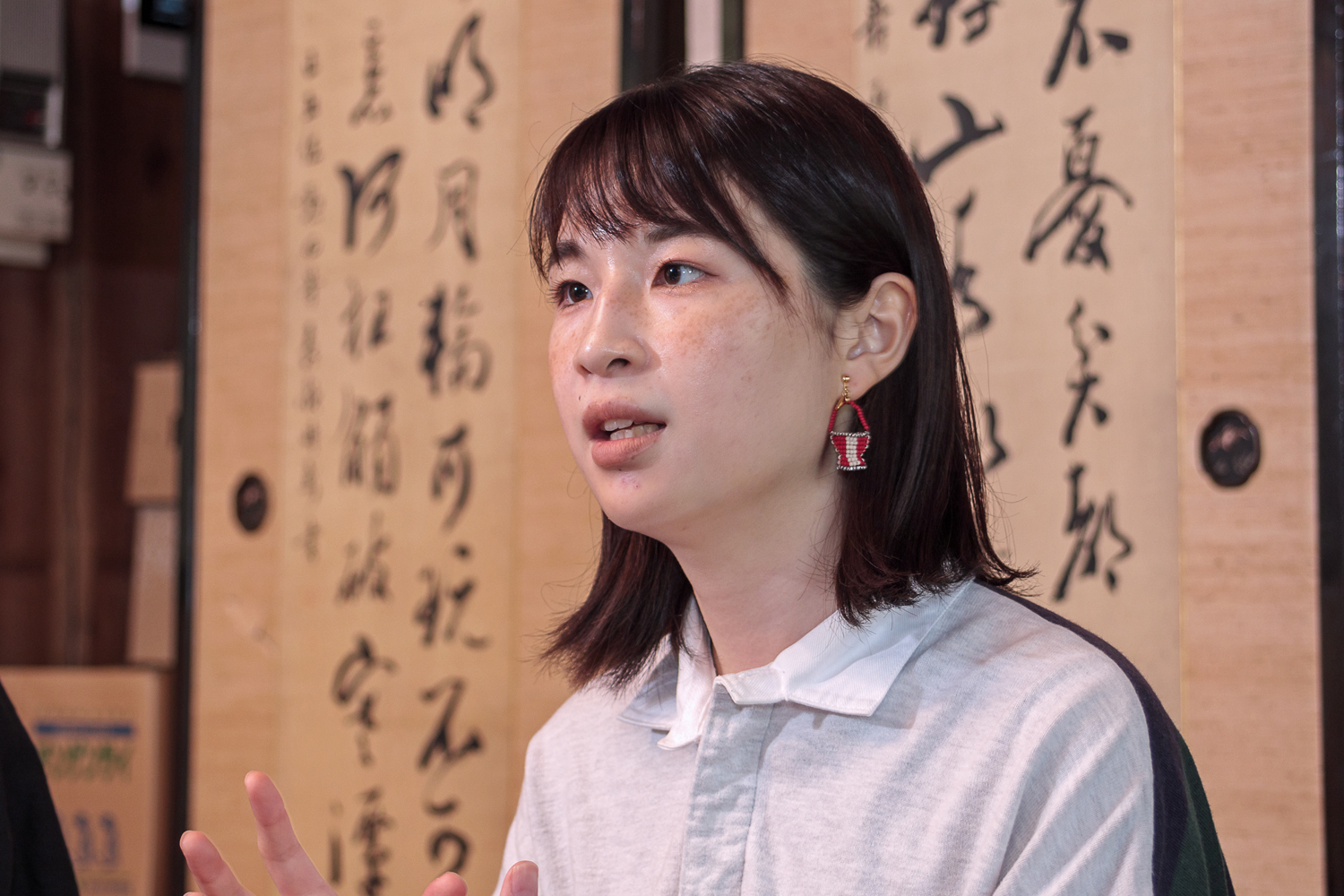 Kashiko Sudo has been a representative of Kusuro since 2019. She became a member of Kusuro after showing off her talents.

"There are some serious issues in Kushiro, but I am careful not to lose sight of the fun part. I'm trying to change the way people think about the deserted, shuttered down area, and ask the manliest men in town to lift up the shutters that don't open easily (laughs). I want to increase the number of people who enjoy living in a city where the negative aspects are also worth exploring.”

Although the initial members are mostly friends who know each other, new members were widely recruited at the beginning of this year in order to increase the number of young people who can look at Kushiro from an outside perspective. Not only Kushiro residents and natives, but also people who are interested in Kushiro and community development are participating in the project remotely from all over Japan.
Nazuka and Sudo say, "Kusuro has become more unique because we can point out the mysterious parts of Kushiro that we didn't notice before."

Kusuro also looks for interesting people in Kushiro. They call these people "Kusuro-jin". They are featured online and in free local newsletters, and they also hold tours and events to meet Kusuro-jin. Kusuro's unusual initiatives based on these persistent activities have been accepted by the citizens. 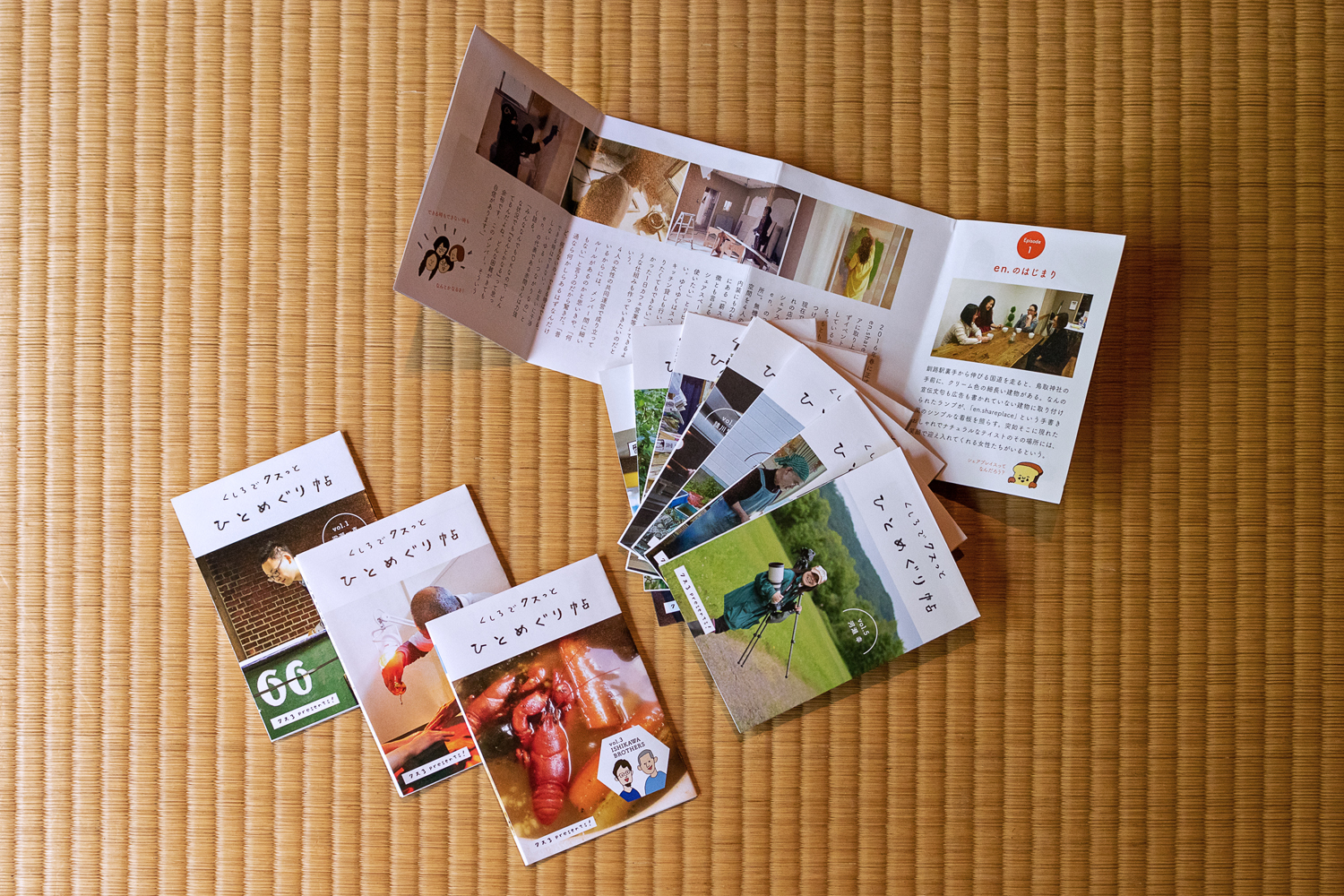 Nazuka says that Kusuro can carry out activities freely because they are known as citizen activities but they don't have legal personality. "In my seven years in Kusuro, the thing I have felt most is that the city will not change quickly. Nevertheless, I still want to start a movement to make Kushiro a fun and interesting place to live.”