Thinking About The Future Of Otaru From Warehouse No. 3 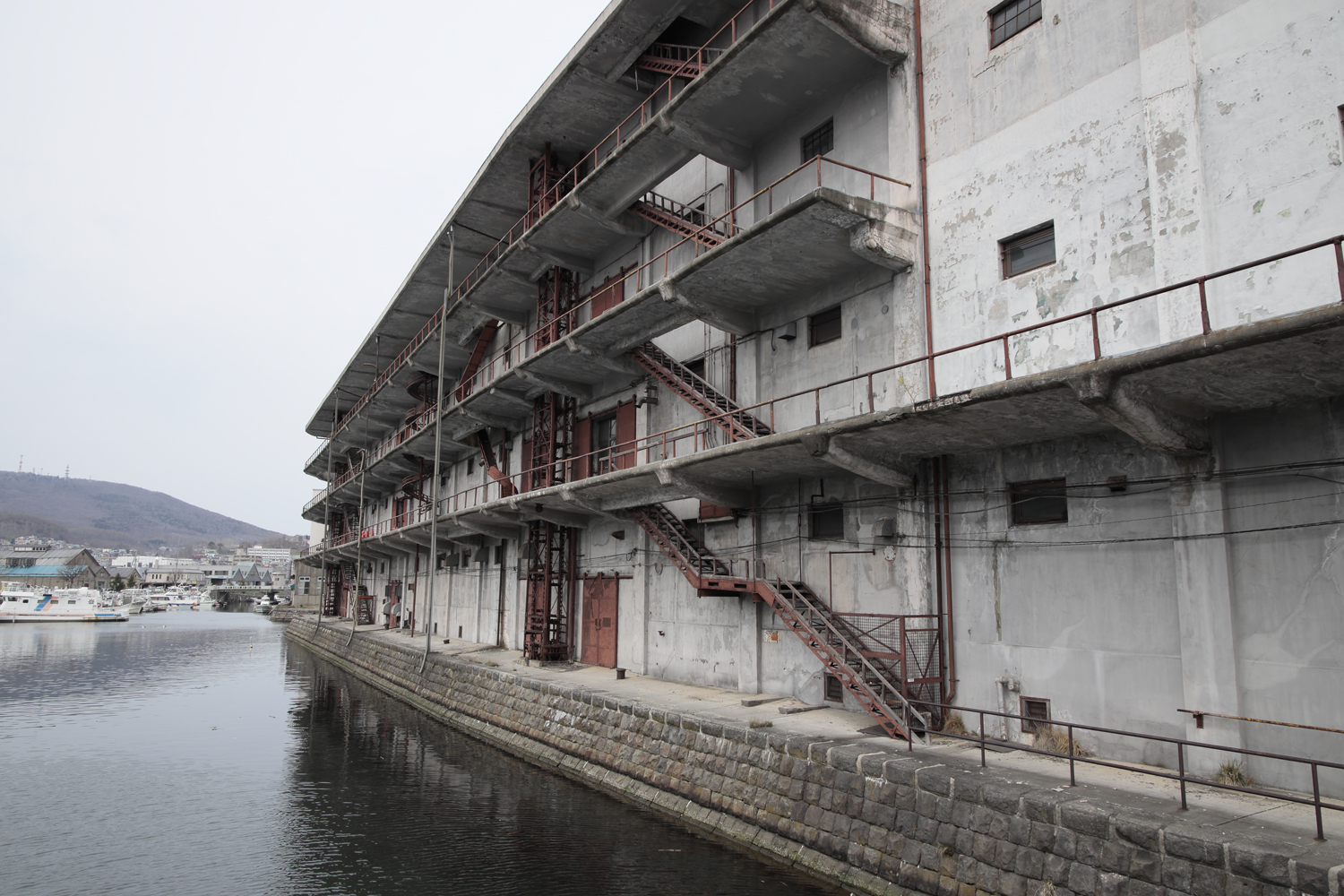 Warehouse No. 3, built in 1924 facing the Otaru Canal, has been a beloved part of the historical landscape.

A group has emerged in Otaru, one of Hokkaido's most popular tourist destinations, to consider the use of its buildings. Naturally connected urban development.
Words by Ishida Mie
Photographs by Ito Rumiko
Translation by Xene Inc.

An extension of cleaning your own room

We asked Mineo Koto of "Non-.", a network of young people considering the next-generation use of Warehouse No. 3, about his thoughts on Otaru and urban development.

"While I was commuting to Sapporo for university, I experienced the importance of the sea, hills, and streets of Otaru, and I began to realize that Otaru was my home. During the spring break of my first year at university, I volunteered for an event and met a lot of people, which inspired me to want to do something on my own."

Mineo had an interesting university life. He once spent 24 hours straight picking up trash in the city and made a video introducing Otaru. He says it was like being on a date with the city.
"I think that urban development activities are an extension of cleaning your own room. I take action because I want to make my city a little better. I felt that my way of life would be enriched by being involved in the local community rather than studying at a university, which really appealed to me."

After that, he took a six-month leave of absence from graduate school and decided to do an internship at an urban development NPO in Kyoto. Mineo became aware of a certain problem.

"Otaru is a small community, and I felt that everything I did was based on personal relationships. When you do something, you ask people you know to help you. I don't think there's anything wrong with that, but I felt that if we only communicated that way, we would somehow miss the essence of what we were doing. I think we need to share the underlying concepts of what we want Otaru to be and what we value, and then work together. When I learned that an NPO in Kyoto was practicing dialogue-oriented urban development, I decided to go in head first.
Through that experience, I realized that no matter how great a proposal is, it may not go forward unless the government gives it its approval. The government serves as the primary force behind urban development, and in order to move forward with its great power, it is important to have not only the suggestions and power of the private sector, but also the understanding of the government. I also realized that if I wanted to continue to be involved in city planning, joining Otaru City Hall would be an excellent choice." Mineo Koto, from Otaru, has been working at Otaru City Hall for four years.

Future plans for Warehouse No. 3 Future Plans for Warehouse No. 3, a compilation of opinions from the workshop. Created by Tsugumi Hashimoto.(photo courtesy of "Non-.", a network of young people considering the next-generation use of Warehouse No. 3)

At the end of October 2020, the demolition of Warehouse No. 3 was postponed for one year. The Otaru Chamber of Commerce and Industry is the managing office of the Warehouse No. 3 Utilization Meeting which is organized by citizens, the business community, and experts to discuss the preservation and utilization of the warehouse. "Non-.", a network of young people considering the next generation use of Warehouse No. 3, also participates in this meeting.

"When I talk to people of my generation who are not from Otaru, they say that Otaru is just right. The scenery including the mountains, sea, old markets, and slopes provides excitement. This is a surprise to people from Otaru, and I realized that how people view the city is completely different from the outside.
Now I am promoting the area around Warehouse No. 3, called Kita Unga, as a place where people can enjoy history in their everyday lives."

Mineo has always cherished the idea of cultivating since he was a student. He wants to cultivate the city, cultivate connections between people, and cultivate new values.

"My underlying interest is in the cultivation of the city, such as increasing the number of people who notice the charm of the city, increasing the number of people who are willing to try taking part in city planning activities, and creating opportunities for people to take the next step forward from their current surroundings. I really enjoy the process of various things mixing together leading to new development. I would like to be able to cultivate something, whether it is in my urban development activities or in my own workplace.
I started to take action because I believe that if we don't take advantage of the potential of Warehouse No. 3, there will be no future for Otaru. First, we have to do what we can do, and then we can move on to the next step. This is only possible if everyone puts in serious effort. For the future of this city, I want to make sure we don't take the current long road ahead for granted." 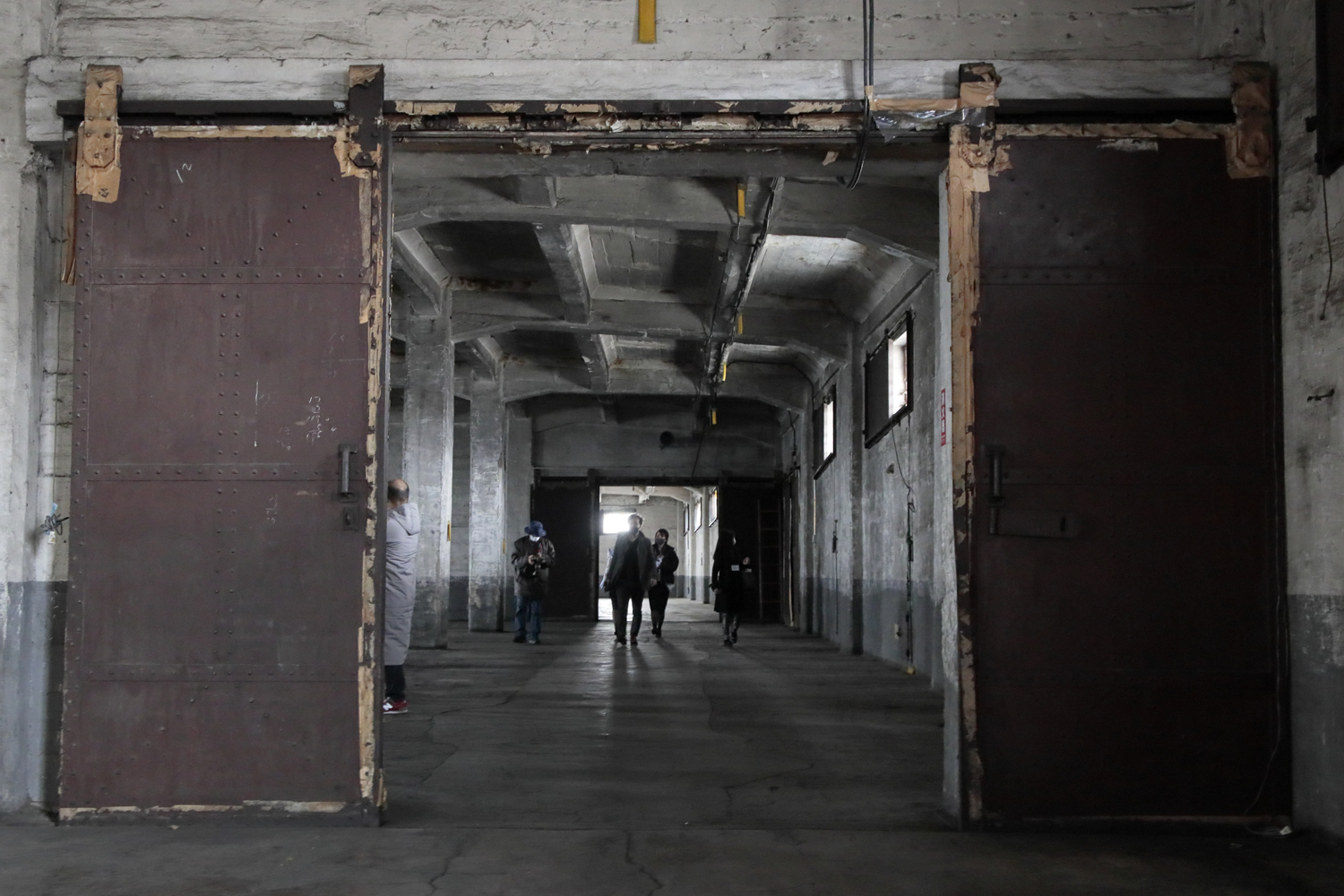 Tour of the Warehouse No. 3 Utilization Meeting in July 2021 The landscape of the North Canal unfolds right before your eyes.

"Non-.", a network of young people considering the next-generation use of Warehouse No. 3
Website
Facebook
KITA-UNGA Chill Style(Instagram)