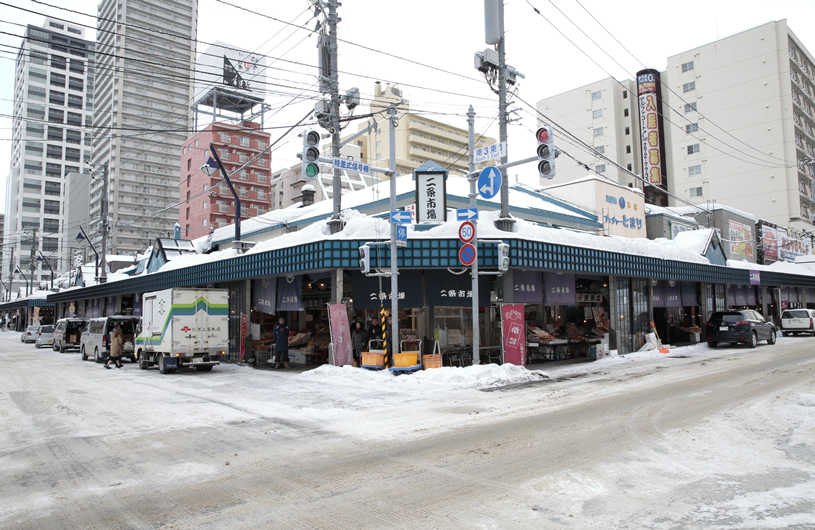 "Nijo Market" along the Sousei River. Located at the entrance of the Sosei Higashi Area, it’s a great place to start walking through the town.
Words by Aratame Nanae
Photographs by Rumiko Ito
Translation by Xene Inc.

Some black and white pictures hanging in an alleyway in the restaurant district on the corner of Nijo market caught my eye. One was a photo of a complete view of Nijo Market taken in 1977 and the other was of the storefront taken in 1978. You could feel the days when the market served as the local kitchen from the pictures. 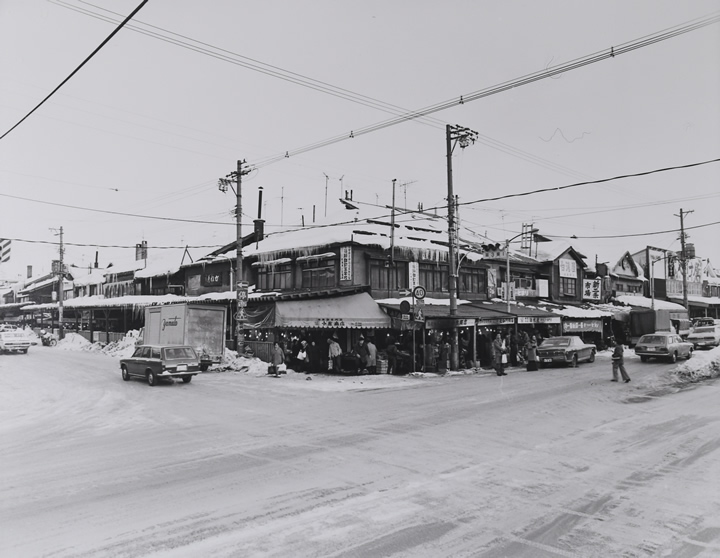 Although the atmosphere hasn’t changed there were no buildings behind the market. A picture taken in February, 1977. (from the Sapporo City Archives Collection) 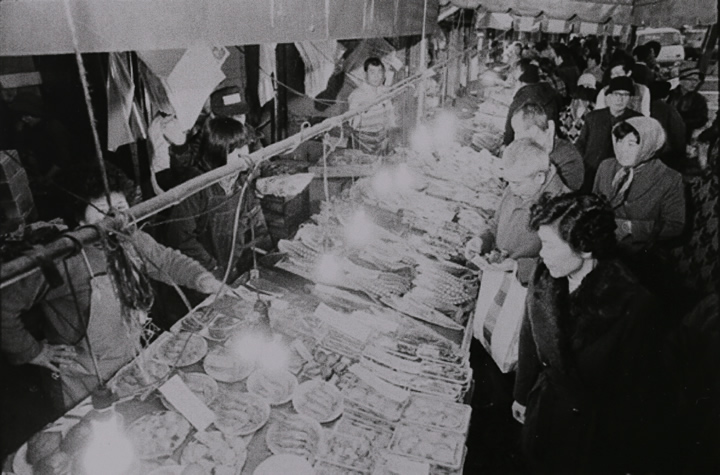 Market Born from the River

Nijo Market began about 150 years ago. This is the area where fishermen would sell fish caught on Ishikari beach. Around this time Hokkaido began to develop, and Nijo Market was established along with the town of Sapporo. At that time, the river flowing through Sapporo served as a "waterway". Until about 80 years ago, herrings are said to have been piled up and sold here. 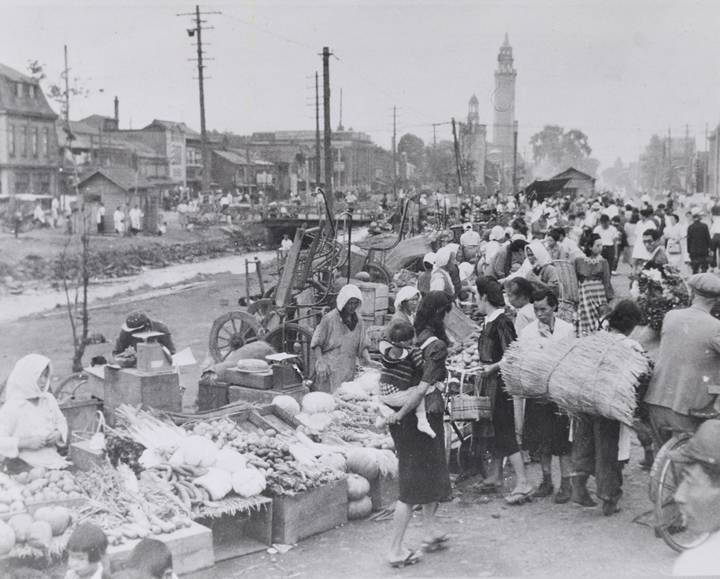 The black market making deals along the Sousei River. A picture taken c. 1950 (from the Sapporo City Archives Collection) 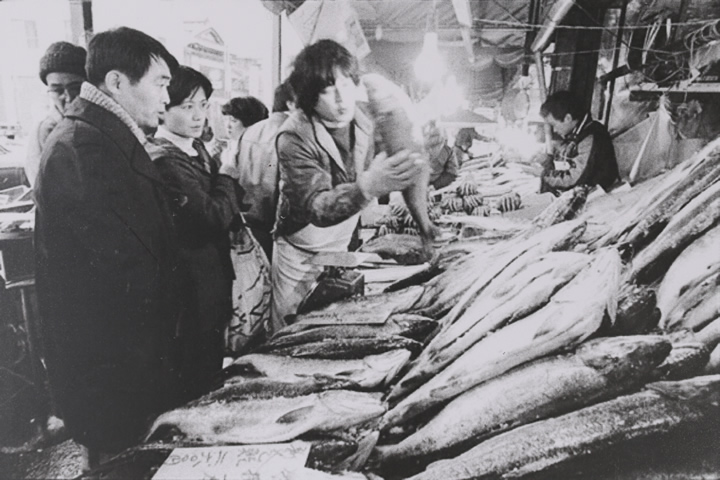 Salmon. A picture taken in 1979. (from the Sapporo City Archives Collection)

As the City Changes, so Does the Market

Eventually, Nijo Market was transformed into a tourist spot. The time was about 35 years ago. The population of Sapporo exceeded 1.4 million, supermarkets had arrived and the subway began operations. As the downtown population decreased, customers slowly stopped coming to Nijo Market. In their place tourists strolled into the market having difficulty surviving. Tourism was booming in Hokkaido at that time, so the merchants started to offer products that appealed to tourists, and products from Hokkaido such as crab and salmon became major market products. Hokkaido's popularity has continued to spread to Asian countries, but the style of the market remains the same. 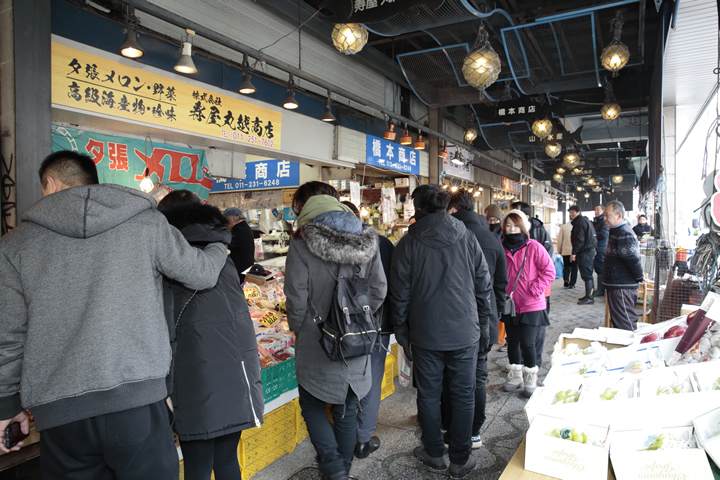 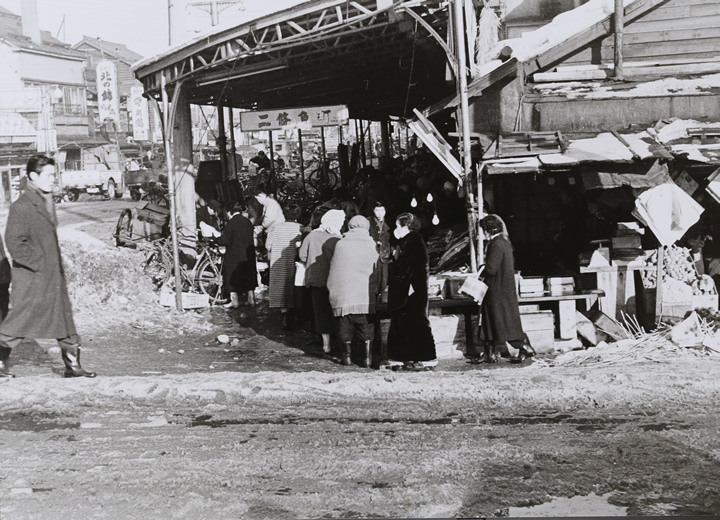 The oldest picture of Nijo Market taken in 1957. (from the Sapporo City Archives Collection) 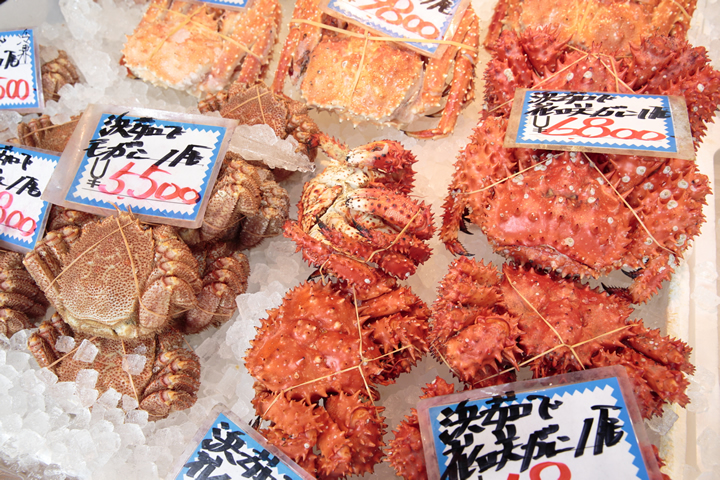