| FEATURE ARTICLES | Winter is for Japanese sake, Hokkaido sake
Memories of the Sea of Japan that began with Kunimare -1

Hokkaido as seen from the Sea of Japan 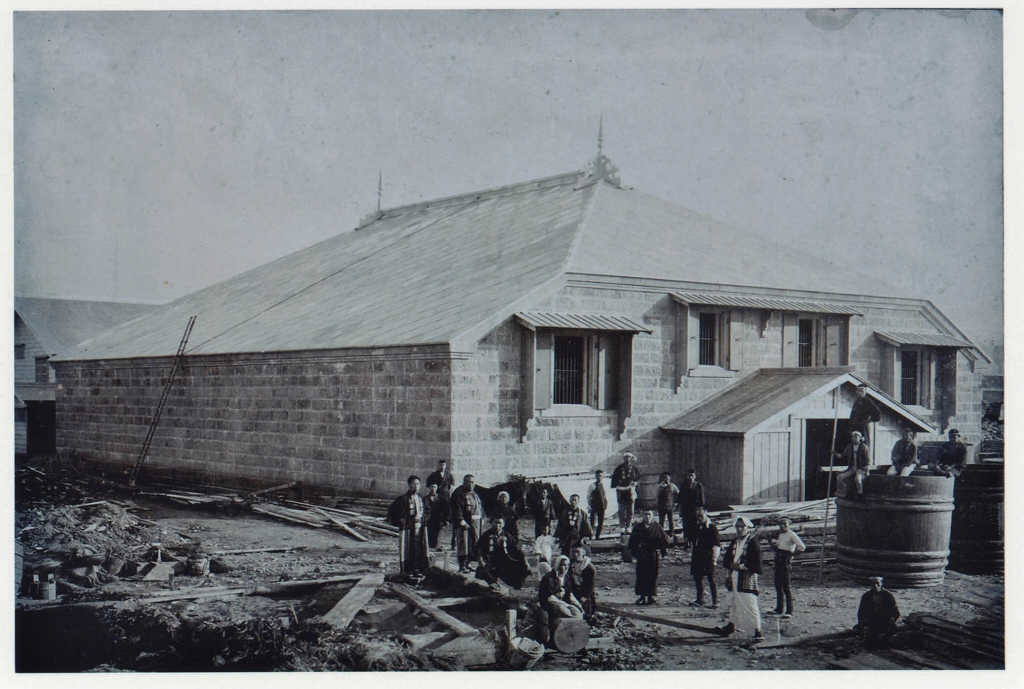 Honma Taizo, founder of the Kunimare Shuzo—Japan’s northernmost sake brewery—located in Mashike Town, came to Otaru from Sado Island at the beginning of the Meiji period, establishing a business in Mashike in 1875. His story sheds light on the Sea of Japan as a major shipping thoroughfare at the time.
Words by Taniguchi Masaharu
Translation by Xene Inc.

An archipelago’s economy driven by herring

Kunimare Shuzo Co., Ltd. is located in Mashike Town on the Sea of Japan. In the past, Mashike Town and Rumoi City were deeply connected with the commercial capital of Hokkaido, Otaru, by ship rather than land.

The shipping routes in the Sea of Japan at the time depicted a map of Hokkaido different from today.

The Hiyama region of southern Hokkaido, location of Matsumae and Esashi, became the focal point of Hokkaido’s herring industry on the Sea of Japan side, which began in earnest from the early 18th century. However, as the fishing stock depleted, the fishing grounds began to move north around the middle of the 19th century. Fisherman led a huge migration north in search of the herring.

The distribution of Ezo products, most notably herring and kombu kelp, would become a driving force behind Japan’s economy at the end of early modern times.

Hokkaido as seen from sea routes

Honma Taizo (1849 – 1927), founder of Kunimare Shuzo, was born on Sado Island in Niigata Prefecture. At the age of 20, he left the island and came to Otaru where he worked at Maruichi Matsui Dry-goods Store. 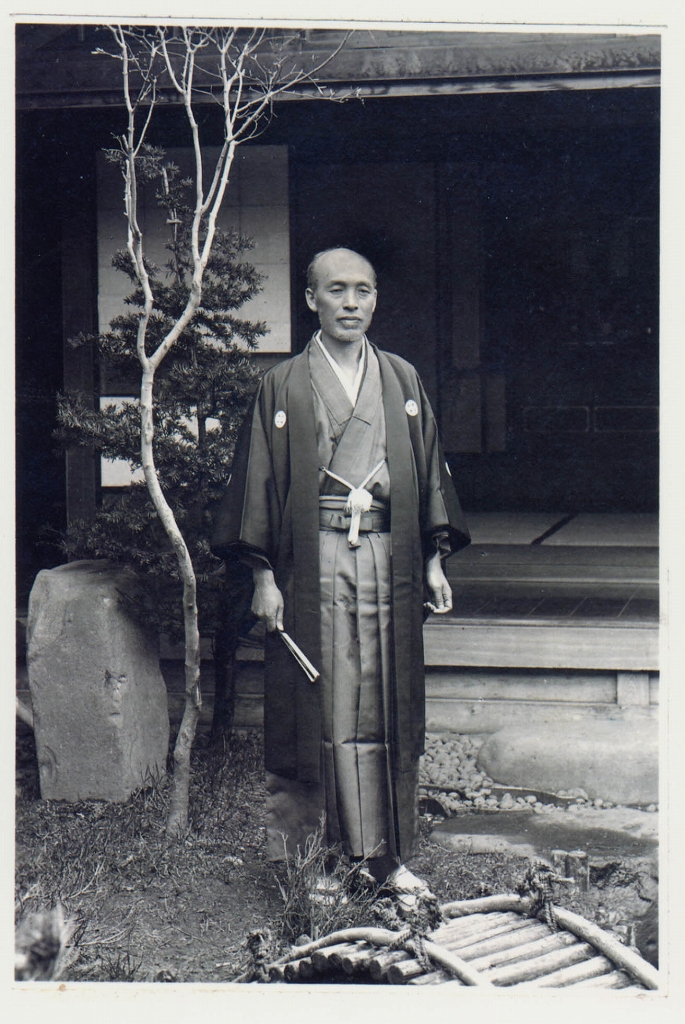 Sado Island was deeply connected with Hokkaido by marine transport since the Edo period and together with the Tsugaru and Hokuriku regions, it produced a large number of immigrants who settled in Hokkaido. Taizo worked hard selling merchandise in the Mashike area on the shores of Ishikari Bay opposite Otaru. In 1875, he moved to the area and went into business for himself. The name of his company was Maruichi, a name he inherited from the proprietor at his previous job. Taizo’s chance came when this proprietor decided to close up shop and sold all of his merchandise to Taizo at a very low price.

Taizo started out as a purveyor of dried goods and sundries. Then in 1881 he obtained herring fishing rights and the next year in 1882 he filed the paperwork to establish his own brewery.

In the early Meiji period marine shipping played an important role in distributing products to Hokkaido, which cost money. The people of Mashike faced supply shortages and fluctuating prices because of the unreliable roads leading to the area and a lack of regular shipping service in the winter due to poor weather.

Given this, fisherman began to appear who operated their own steamers to transport goods. One of the most notable of these figures was Honma Taizo. 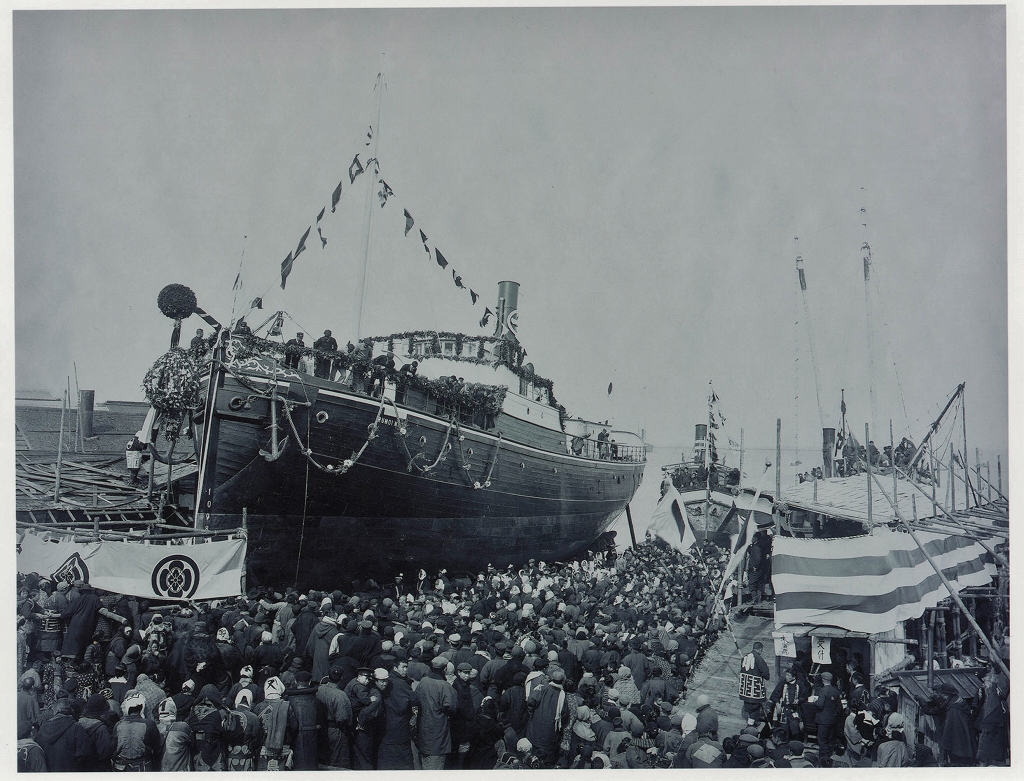 Launching ceremony of the Rumoi-maru

The first ship that Taizo purchased in 1887 was a 30-ton wooden steamer. The next year he acquired the Kabato-maru, a 35-ton ship used in the Ishikari River. Taizo would go on to increase his fleet and the Teshiokawa-maru built at the local shipyard inaugurated a regular shipping service to Sakhalin, while the 140-ton Mashike-maru connected Mashike and Taizo’s hometown of Sado via Otaru, Kodaira, and Iwanai. In 1910, his risked his own life sending out the 330-ton Rumoi-maru to save the people of Sakhalin who faced supply shortages due to bad weather. Later, he would receive a letter of appreciation from the head of Karafuto Prefecture. Maruichi Honma, which operated a fleet of 12 steamers, went on to great prosperity in the marine shipping industry.

Although it may be hard to believe today, shipping routes in the Sea of Japan spreading out from Otaru served as a major thoroughfare indispensable to people’s lives and the economy. There were regular and even non-regular shipping services connecting Otaru not only with other parts of Japan, but also South Korea, Russia, North America and Europe. 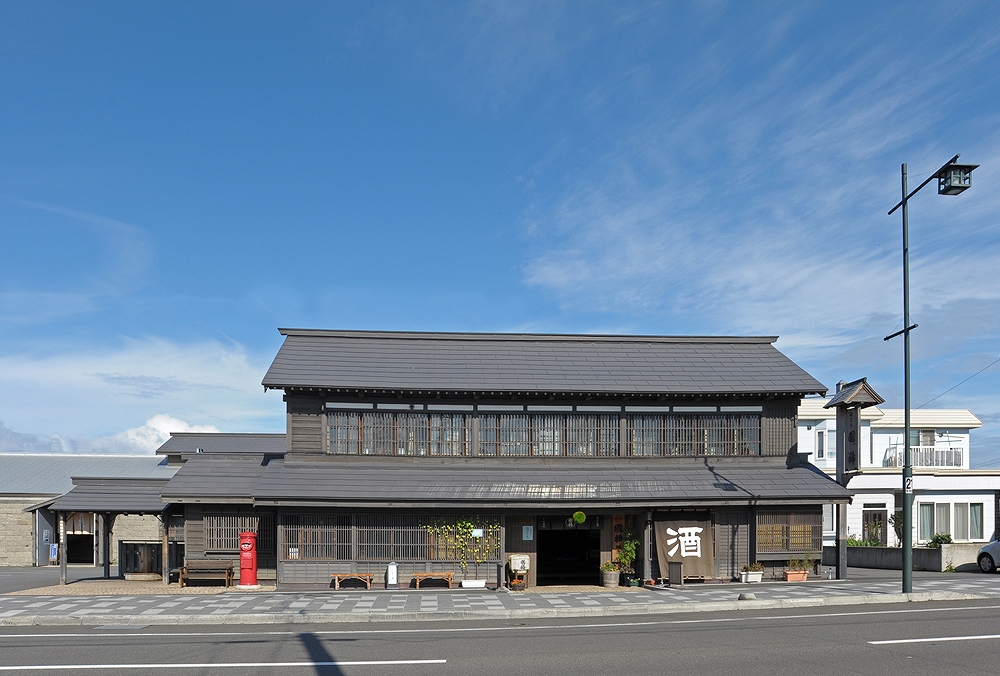