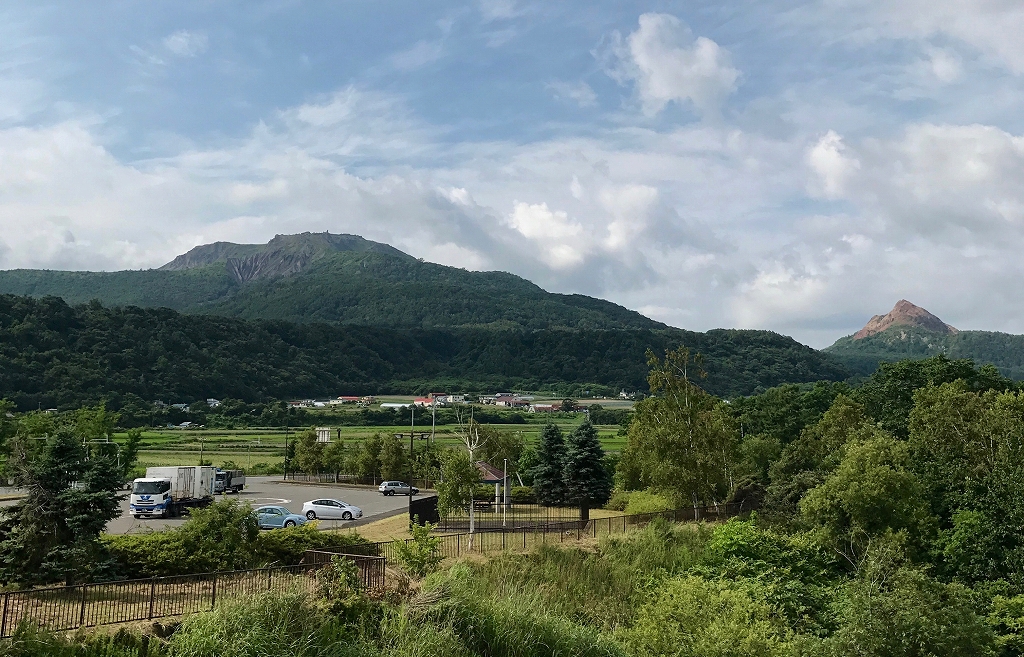 Mt. Usu is located south of Lake Toya. In the 17th Century, this mountain awoke from thousands of years of sleep and violently erupted. Acting in concert, many other volcanoes around Volcano Bay repeatedly displayed violent activities during this period.
Words& Photographs by Taniguchi Masaharu
Translation by Xene Inc.

To the east of circular Lake Toya, with a diameter of 10 km and a circumference of 43 km, lies Lake Kuttara which is even more circular. Volcano Bay (also known as Uchiura Bay) is approximately 50 km in diameter and impressively round. There also seems to be a “circle” them in the natural features around Lake Toya. The circular shape of Lake Toya and Lake Kuttara are the remnants of calderas formed by repeated volcanic activity in ancient times.

At the mouth of the Bay lies a grand junction between a warm current and a cold current, and the coast has been blessed with a mild climate since prehistoric times. However, the area has also repeatedly suffered from disasters. The name Volcano Bay was first used by British Captain William Robert Broughton at the end of the 18th Century when he viewed the volcanic group (Mt. Esan, Mt. Komagatake, Mt. Usu, and Mt. Tarumae) releasing smoke and gas around the Bay. “We are in Volcano Bay.” Broughton wrote.
Yet more than hundred years earlier, the environment of Volcano Bay was known to have experienced exceptionally severe conditions for several decades in the mid-17th Century.
The history of disasters in the 17th Century began with the great eruption of Mt. Komagatake on the southern coast of Volcano Bay in the summer of 1640. The top of the mountain collapsed, pouring into the Bay and causing a great tsunami to occur. 700 people are said to have died according to historical records. Volcanic ash fell for two days, accumulating to a depth of nearly one meter, even in Matsumae over 80 km away. Furthermore, smallpox outbreaks spread in 1656 and 1658. Since they had lower resistance to the disease than the Japanese, many Ainu died.

Next, Mt. Usu violently erupted in the summer of 1663. All the villages in the area were buried in ash. According to a record from the Matsumae domain, the sea was filled with volcanic ash and debris mixed with pumice stones, and looked as if the land extended five km from the shore.
Furthermore, Mt. Tarumae furiously erupted in 1667 with the smoke reaching the stratosphere. The copious volcanic ash bellowed into the sky, drifting over the Hidaka Mountains and falling in Tokachi and Kushiro.

Enku and Masumi Sugae journey of the repose of souls

Mt. Komagatake, Mt. Usu and Mt. Tarumae. All three mountains erupted within just 27 years. The climate was cold, and the period is called the Little Ice Age. Harvests were poor and famines were frequent throughout Japan. These conditions severely affected the Matsumae domain, causing it to buy large quantities of daily supplies including staple foods such as rice, miso and sake from Honshu. When threatened by financial crisis, the Matsumae domain, which earned money from products produced by the Ainu, escalated its greedy plundering of the Ainu. The oppression of the Ainu led to the Shakushain's revolt (1669), the largest Ainu rebellion against the Matsumae domain.

Let us place another circle on Volcano Bay. The journey of Enku (“En” is the character for “circle”), a Tendai Esoteric Buddhist monk (1632 – 1695). Enku traveled in search of sacred sites and once discovering one, he would retreat inside and carve a Buddha statue with a hatchet and then leave it there.
Enku entered Matsumae in 1666. He walked around the area, staying for more than two years. It was three years after the great eruption. As he walked in the land seemingly beyond recovery, he carved statues and left them to comfort people.

Proof of the great eruption of Mt. Usu in 1663 exists today. A huge strata sample is displayed at the Irie-Takasago Shell Midden Center (Toyako Town) on a hill overlooking Volcano Bay. The volcano ash from Mt. Usu, has been compressed into a layer several tens of centimeters thick on top of strata a few thousand years old.

Although the Ainu have lived at the foot of the active volcano, Mt. Usu, they are still attracted by the richness of the land. Food for thought. 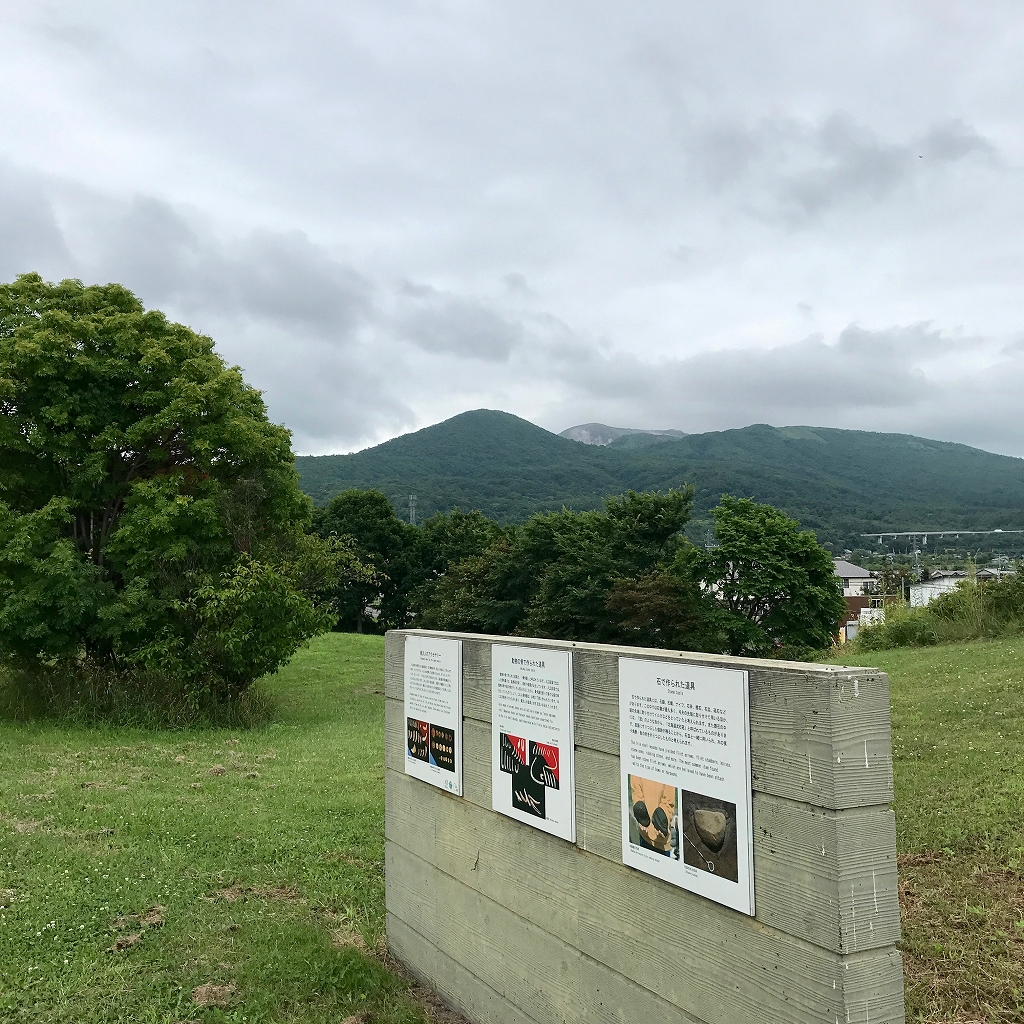