Masao Mimatsu, an explorer with knowledge on the origins of Toya tourism 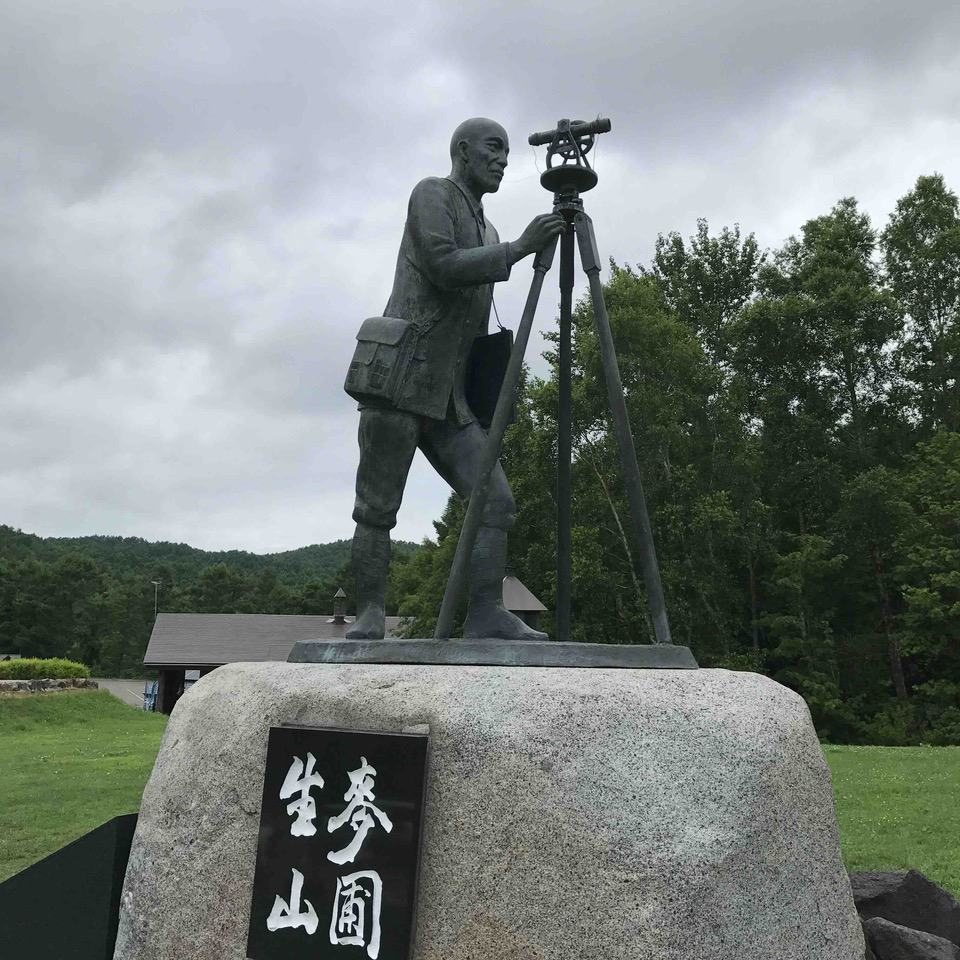 A bronze statue of Masao Mimatsu looking through surveying equipment on Mt. Showashinzan

My first experience with a bus tour was an elementary school field trip. Let me re-trace my memories of the trip. It can be called a trip to learn about Hokkaido again. Guided by these thoughts, I walked around Lake Toya.
Words& Photographs by Taniguchi Masaharu
Translation by Xene Inc.

For many years, the destination of many elementary school trips in Sapporo has been Lake Toya Hot Spring.

In his autobiography, Aritsune Maki (1894-1989), who established the Japanese Alpine Club, wrote that he climbed Mt. Usu right after its eruption in the fall of 1910. The ground was completely covered with mud and was still hot in some places.
The eruption created 45 explosion craters and formed Mt. Yosomiyama amid huge columns of smoke and terrifying mudflows. According to the exhibition at Masao Mimatsu Museum, Lake Toya Hot Spring began when hot water springs formed as magma rose after the eruption.
Masao Mimatsu was 22 years old and a post office clerk at that time. According to “The Story of Mt. Showashinzan,” Mimatsu noticed that the temperature of the spring water had rapidly climbed to 43°C. Three years later however, the water temperature once again dropped.

Sometime later in the early summer of 1917, Mr. Mimatsu and his friends were gazing at Lake Toya. Bubbles were rising from the bottom of the lake near the shore and the ground beneath their feet was warm. When they moved a large rock nearby, hot water sprang forth. Since the water temperature remained high, within the next few years, Japanese-style inns opened for business. That was in the early 1920s. This is how Lake Toya Hot Springs began. 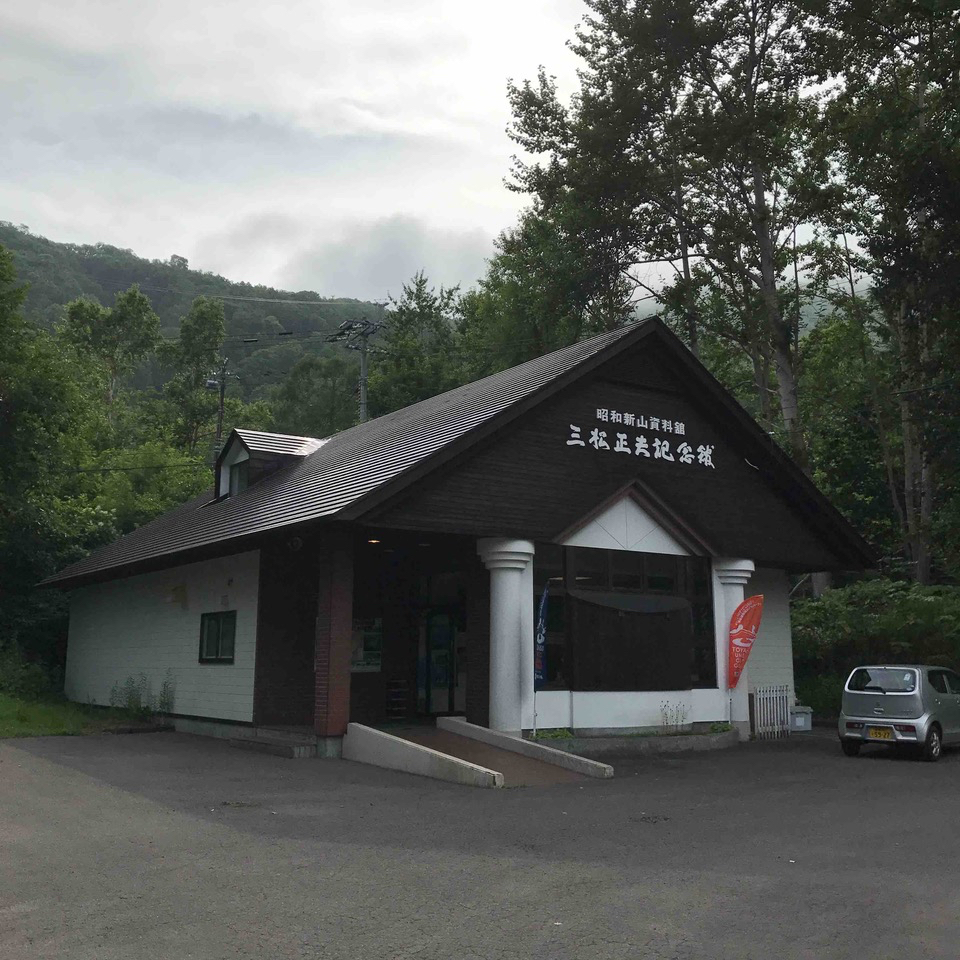 Birth of a mountain only known by the local people

Masao Mimatsu (1888–1977), is known as a private researcher of volcanoes who accurately recorded the violent birth of Mt. Showashinzan while serving as postmaster at Sobetsu Post Office. At the end of 1943, a series of earthquakes occurred, violently shaking the wheat fields from deep below, and were then followed by strong volcanic activities 17 times of various strengths. The events finally stopped in the fall of 1945. In less than two years, a 400-meter mountain had formed. Since this occurred during the war, this event was strictly kept secret and only known by the local people.

Having witnessed the eruption of Mt. Usu in 1917, Mimatsu felt that it was important for him to keep accurate and objective records for the safety of the area and to advance science.
He continued to accurately sketch the growth of the mountain based on several fishing threads stretched horizontally at the back of the post office. Since ordinary citizens could not buy film due to the war and technical observation equipment was not available, this fixed-point observation method was uniquely invented by Mimatsu. Before long, he had completed a sketch which depicted the growth process of the volcano. This “Mimatsu Diagram” later impressed researchers throughout the world. In addition, the accuracy and value of Mimatsu’s surveys was enhanced by reports describing minor changes in the land from mail carriers who daily traveled around the area.
Incredibly, when the volcanic activities calmed down in the fall of 1945, he purchased the entire mountain with his own money. At the time, Mimatsu was the sole owner of an active volcano in the world. He spent almost all that he had. In 1960, the mountain was named Mt. Showashinzan. 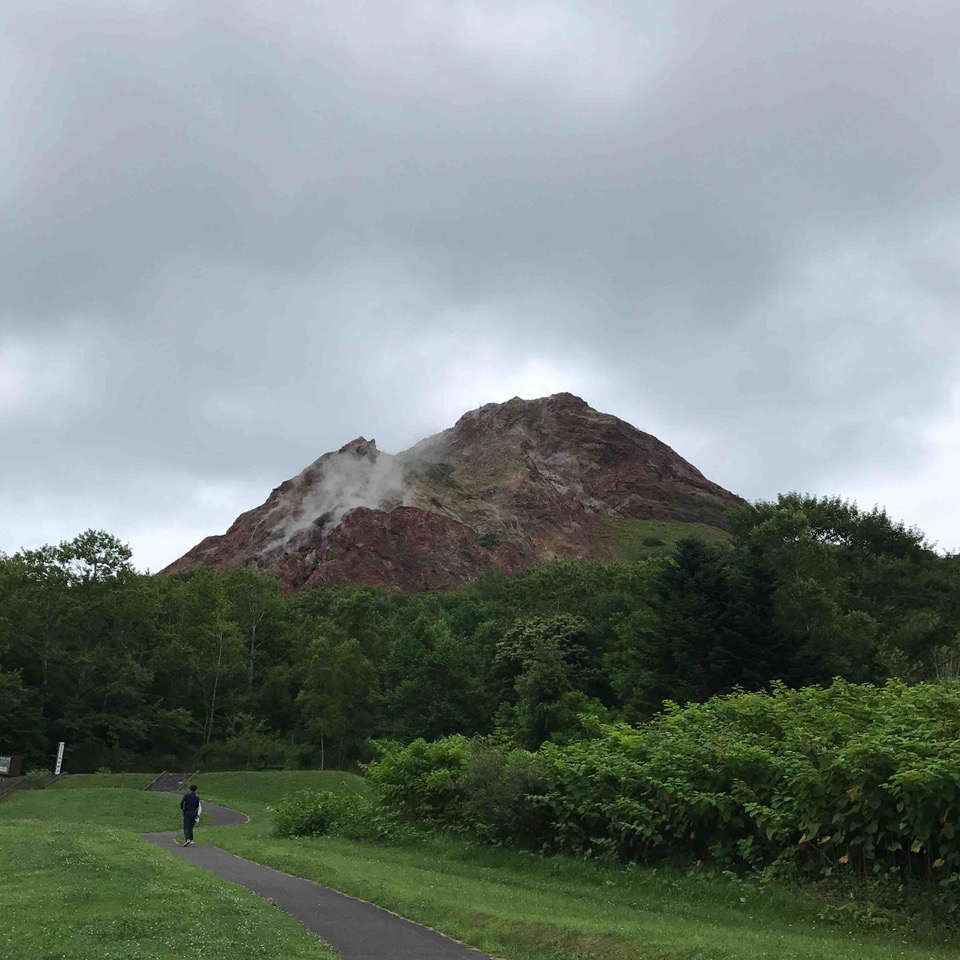 Over 70 years have passed since its birth. Even now, Mt. Showashinzan continues to release smoke and gas

Mimatsu’s grandfather, Rintaro Mimatsu, was a samurai in the Naito domain and his father, Reitaro worked for the Hokkaido Development Commission. In 1880, he was appointed as the chief accountant at Nishi Monbetsu Sugar Refinery of began construction in 1880 in Date Village (currently Date City). Masao, was born as the fifth son in the Mimatsu house and carried the spirit of a samurai down to modern times.

Masao Mimatsu’s life came to an end at the end of 1977 at the age of 89 years, without witnessing the great eruption of Mt. Usu which began in the summer and which had still not ended